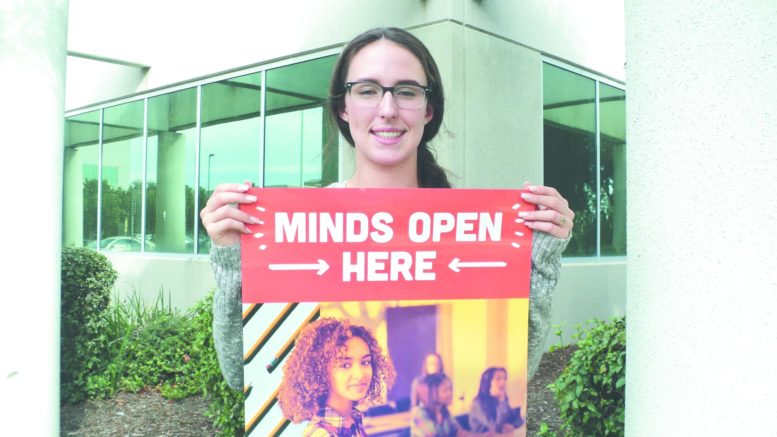 Now that the November 6 election is history, the barrage of political mailers that overwhelmed voters also is over.

But the U.S. Postal Service is still delivering a new type of message to some Sacramento parents: Picture postcards mailed not from a distant tourist spot, but from local schools campaigning to end chronic absenteeism.

Depicting images of boys and girls thriving in class, with “Be Here” printed in a corner, the cards notify parents that their children have missed too many school days.

“It’s important we work together to help (student’s name) be successful,” the cards say on the back.

The postcards are from the Sacramento City Unified School District, which in 2016-17 had a chronic absence rate of 15.1 percent — or 4.3 percent higher than the state average. Chronic absenteeism means missing 10 percent or more of school days.

This is not a new problem for the 47,900-student district.

Now, it is employing new ways to increase attendance, as part of Superintendent Jorge Aguilar’s endeavor to provide immediate help when a student lags academically.

The “Be Here” campaign, supported by The California Endowment, was launched this fall. It was made possible by a $1.6 million Safe Neighborhoods and Schools grant from Proposition 47, approved by voters in 2014.

The grant allowed the district to hire two attendance employees, including former social worker Jennifer Kretschman, who leads the “Be Here” initiative.

In an interview, Kretschman described a tragedy: Even the district’s kindergarteners suffer chronic absenteeism. In 2016-17, 22 percent of the 4,363 kindergartners missed 10 percent or more of school days.

“The biggest thing is to tell children, directly … that attendance is important.”

Such kindergarteners will probably not read at grade level by third grade, and will be four times more likely not to graduate from high school, she said.

The districtwide attendance improvement program is especially focused on 28 high-absenteeism schools, seven of them high schools. Most of the schools are in south Sacramento.

The “Be Here” postcards were designed by the district’s Youth Media Team. In collaboration with a marketing agency, the seven-member team also crafted pro-attendance radio and movie theater ads, billboard messages and posters for display on local buses/trains and at schools.

“The biggest thing is to tell children, directly … that attendance is important,” said team member Cecelia Colchico, a West Campus High senior. “Visiting with elementary school kids is something we’ll continue to do.”

Click “Learn more” below to read about Sacramento’s “Be Here” initiative.