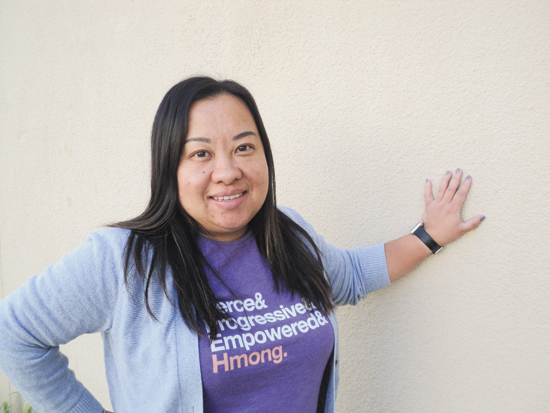 “It’s important that our communities actively participate” in the 2020 elections and the census, said Cha Vang, executive director of Hmong Innovating Politics.

With 2020 fast approaching, community organizer Cha Vang is preoccupied with the golden opportunities the new year will bring for Sacramento communities to advance politically and economically.

But, according to Vang, those gains will only be possible if local residents—especially those of color—do three things in 2020:

“We need to make sure our voices are heard in both elections,” said Vang, the executive director of Hmong Innovating Politics (HIP), which is supported by The California Endowment. “And all of us have to be counted in the census. If we aren’t counted, technically we don’t exist.”

Vang, 35, was born in a Thai refugee camp to parents who fled war-torn Laos. Now, as a naturalized U.S. citizen, Vang understands the value in political participation. She votes in every election and urges others to as well through her work at HIP.

HIP, a nonprofit grassroots organization, focuses on strengthening the political power of Hmong and other communities—Sacramento County alone has between 37,000 to 40,000 Hmong-American residents who can make a big difference in local elections. HIP also has a seven-year history of educating voters on democratic values, on the candidates and issues and getting residents out to vote for every election.

In 2020 HIP will intensify its efforts to raise awareness about the importance of voting, while encouraging people to be counted in the census. Besides hitting the streets to knock on household doors, HIP will hire 10 “outreach specialists” who, starting in mid-October, will phone local residents to talk about the election and the census.

“If we’re not counted (in the census), technically we don’t exist.”

HIP will work on these endeavors despite having no contract with either the U.S. Census Bureau or the Sacramento County Department of Voter Registration and Elections.

“We understand how important these things are,” Vang said, explaining why HIP is taking on those tasks.

The census results will help determine the flow of federal monies into states and communities, not to mention the number of seats in Congress for each state.

By casting informed ballots and having robust turnouts, she said, underserved communities will have a better chance to elect candidates—from the City Council to the White House—who will truly help struggling communities with, for example, more local investments and more jobs.