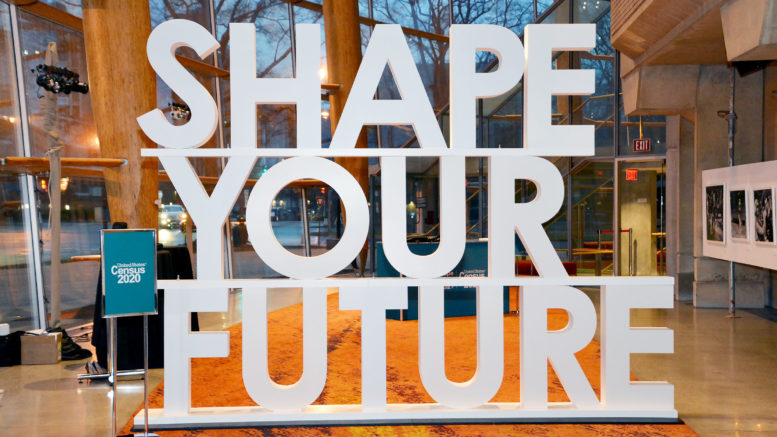 Completion of the 2020 Census will likely be delayed by four months because of the COVID-19 pandemic. (Photo courtesy of U.S. Census Bureau)

The 2020 Census will likely be delayed, which would push back new election districts and perhaps the 2022 primary

The coronavirus pandemic will have ripple effects far and wide and long-lasting.

One is a likely delay in the 2020 Census. That, in turn, will push back the drawing of new election districts for Congress, the state Legislature and city councils that will be used—and could help determine political power—for the following decade. And the additional time needed for redistricting could force election officials to delay the 2022 primary from March until June.

The Census Bureau is seeking a 120-day postponement in finishing the once-a-decade population count, to Oct. 31. If Congress signs off on the delay—and it seems to have little choice—that will change the timetables for state and local officials.

The Census Bureau would then delay delivery of the numbers used to draw congressional districts until April 30, 2021 and of the data sent to states for state and local districts to as late as July 31, 2021.

The city of Sacramento was planning to adopt new maps for the eight City Council districts by Sept. 30, 2021. Under the new timetable, it might not finish until Jan. 31, 2022. But that would not allow enough time for the city to hold its primary at the same time as the planned statewide primary in March 2022.

“I do not anticipate we could draft and facilitate effective public participation to have maps redrawn prior to a March election deadline,” City Clerk Mindy Cuppy said in an email.

It might even be a tight squeeze to get everything ready for June 2022, whether the city holds its primary separately, or the state moves its primary as well.

Local and state election officials are in wait-and-see mode. A spokesman for the Secretary of State’s office said it is “monitoring possible delays to the 2020 Census and potential disruptions to redistricting and candidate filing timelines that could impact the 2022 election cycle.”

The 2020 California primary was moved to March from June so that the state’s voters would have more say in the presidential race. That also moved up local primaries. Senate Bill 970, now before the Legislature, would return the statewide primary to June in non-presidential years.

A spokeswoman for Sacramento County elections said while there has been no discussion yet of changing the 2022 primary date, if election boundaries are not set at least 125 days before the election, the county “would have to consider an alternate election date.”

The city clerk is still on on schedule for creating the new Sacramento Independent Redistricting Commission. For the first time, a citizens committee will determine the new council districts without final approval from the council itself.

The application period for the 13 commission seats, which started Feb. 1, still ends at 5 p.m. Friday, May 1. As of Monday, 139 people had applied. (Go to cityofsacramento.org/Clerk/Services/Redistricting to check if you qualify and to apply.)

By Aug. 1, the city clerk’s office will review applicants and create a list of eligible candidates it hopes will be as diverse as possible. The Sacramento Ethics Commission is to pick redistricting panel members by Sept. 15 so it can be established by Dec. 1 and be ready to start work as soon as the census data is available.

Sacramento’s commission is patterned after a statewide panel that draws legislative and congressional districts and that hasn’t announced any schedule changes.

The bureau had expected more than 30% of households would need to be contacted in person and planned to hire and train 77,000 census takers and support staff in California.

But all that was put on hold in March with the stay-at-home orders and social distancing. The bureau hopes to reactivate field offices on June 1, and to start knocking on doors in August.

In their quarterly report to the Legislature on April 24, California officials in charge of the census said their next update in July will account for COVID-19 and the Census delay, and said a “thoughtful” assessment of its impact on the budget and time line will be needed.

The state is putting a lot of effort—and a record $187 million—into a complete count because of what is at stake. California is in danger of losing one of its 53 seats in the U.S. House, and also wants its full share of more than $800 billion in federal money divvied up each year based on population.

And down the line, an accurate count will also help decide political lines. Because of COVID-19, it just won’t be as soon as originally planned.

Cartoon: No stopping the mail

Be the first to comment on "Complications of COVID-19"