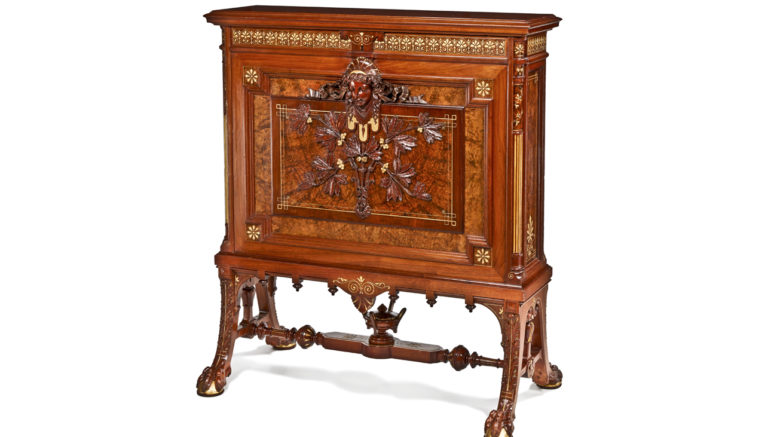 Stunning carving and marquetry decorate a walnut portfolio cabinet, created by Herter Brothers in the 1870s. Its pre-auction estimate: 25,000-$50,000.

Oh, if these furnishings could talk! Once, they graced the greatest houses in the Bay Area. Later, they decorated the sets of motion pictures. Now, they’re for sale.

For two days, one of the finest collections of Gilded Age antiques will be available for viewing in Midtown Sacramento. Then, the unique pieces will be auctioned off to the highest bidders.

Many pieces in this auction are from the estate of noted New England collector William B. Ruger Jr.

“I think of this furniture, after so many years, as coming home to California,” said auctioneer Brian Witherell. “This is the best grouping of 19th century furniture to ever be in one auction, at least since 1942. Our history has come home to be redistributed again.”

The auction’s 277 lots have an estimated value of more than $950,000 on the low end. Several items are museum-worthy pieces or one of a kind.

Ruger’s collection represents the best of the best American furniture from its period, Witherell said. Originally, these hand-crafted treasures were created by the top craftsmen of their day for the mansions of Mark Hopkins in San Francisco’s Nob Hill and Milton Latham in Menlo Park. Hopkins is best known as one of California’s Big Four rail barons and a founder of the Central Pacific Railroad. A politician who made his money in banking, Latham served as California governor as well as U.S. senator and congressman.

Making way for redevelopment, those gigantic 1870s homes were liquidated in the early 1940s.

“That was during World War II; back then, who had money to spend on furniture like this?” Witherell noted. “The movie studios. They bought the vast majority of this stuff. Most of it went to Warner Bros. It appeared in lots of movies.” 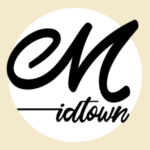 The SN&R Midtown pages are sponsored by a group of small, locally owned and/or operated independent businesses spotlighting the benefits of SHOP LOCAL in midtown Sacramento.