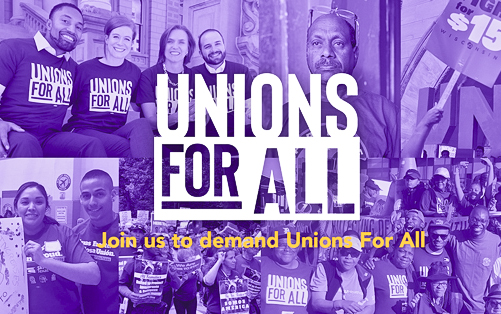 Set your compass for a better tomorrow

Every leader needs a North Star, something that guides them through the darkness to where they want to be. With their compass, ancient mariners used the North Star to navigate uncertain waters. In uncertain times, our core beliefs are how we set our moral compass.

What is my North Star as I strive to create a California for All? By focusing on this goal: Ending poverty in California. That includes eroding structural racism and closing the gap in income inequality.

As a union leader, I know firsthand the power of unions in achieving these goals. Unions make a positive difference. Not only do unions increase worker wages and benefits, they also reduce inequality within companies, organizations, and even state workforces. Unions reduce racial income discrimination and help level the playing field; that lifts up everyone.

A look back at 2019 can be depressing; inequality in California continued to grow. The rich got richer; more than 90 big corporations – including Amazon, Chevron, FedEx, IBM, General Motors and Netflix — paid zero in federal income taxes.

Meanwhile, the poor and middle class are still struggling; they’re not seeing wages grow very much if at all. Income inequality is already at a 50-year high; under the Trump administration, that will only get worse.

Looking back, I see inspiration, too, particularly from within our union. Members stepped up to fight for their fellow state workers, and for California.

For example, SEIU members Don Solleder and Vincent Green challenged the state’s use of outside consultants. In question was a contract that paid $125 an hour to four full-time IT consultants who were providing technical support that was previously provided by our bargaining unit members. The State Personnel Board agreed with their challenge and ordered the contract disapproved.

“This is an important victory,” Green said. “The state needs to pay competitive wages and invest in training its own IT professionals instead of wasting up to $2.5 billion in taxpayer dollars every year on outsourced contracts.”

We have a busy year ahead of us, with a lot to talk about and do.

This month, I will be standing with Rev. William Barber, leader of the Poor People’s Campaign, and sharing with you the celebrations of the legacy of Martin Luther King Jr., a legacy that is needed now more than ever.

In 2020, we’ll celebrate the 100th anniversary of women winning the right to vote. I’ll commemorate this centennial by exploring how voting rights are being eroded in other states as well as the organizations and efforts to restore those rights.

This year, it’s important that everyone be counted – literally. I will be examining our organizational efforts around the U.S. Census to make sure every Californian – regardless of citizenship status – is included and that our state receives the needed funding and crucial representation tied to this once-in-a-decade tally.

Of course, I will keep a vigilant eye on unions – the impact of workers winning the right to organize in new industries, as well as further attacks on unions and what we are doing to stand strong.

With my North Star, I know where I’m headed in 2020. Join me on this journey to a California for All.

Be the first to comment on "Yvonne R. Walker: Stay focused on your North Star"