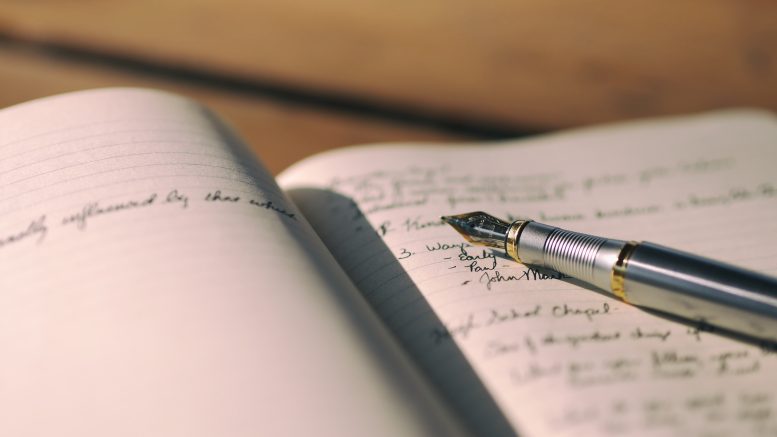 What is the value of our region’s surviving small-town papers? For starters, they’re certainly keeping with their commitment to hyper-local coverage. Most take their charge of monitoring backyard government very seriously while writing features through a lens that implies their little slice of America is secretly the real center of the universe. That mix is what this genre of publication is about. As an alternative weekly, SN&R has always occupied an unusual space in terms of media strategy: It’s tackled features and investigations with the scope and ambition of a major metro paper – all while competing with a major metro paper – yet still found plenty of moments to highlight the kind of rare individual stories that a small-town editor would champion. And make no mistake, many writers associated with SN&R came up through the ranks of community newspapers. They include Michael Mott, Sena Christian, Kate Gonzales, Steph Rodriguez, Raheem Hosseini and myself, to name a few. In the case of me and Raheem, one of the small-town editors that we worked with, early on, was Jerry Budrick, who just passed away this week after a long, hard-fought battle with cancer.

Budrick banged away at the keyboard for years in service of Amador County’s 167-year-old paper of record, The Ledger Dispatch. As an editor, his definitional knowledge of words was on the level of Tolkien-esque wizardry. As a co-worker, he was supportive, joyful and unfailingly generous. Budrick was trained as a journalist in college, but actually made his first waves in the culture through the culinary scene. Last November, SN&R was happy to tell that story when Budrick’s long-labored-over memoir, “Waiting At Chez Panisse: Memoirs of an Exiled Maître d’ Volume 1” was finally released. Anyone who reads the story will know that the Farm to Fork movement has its own reasons to remember this unusual personality; though in California’s Gold Country, he’ll always be viewed as a dedicated, progressive and genuinely fair newspaper man. He was “old school” only in the sense that he believed small papers were meant for celebrating all the little fabrics that make up the tapestry of a town’s life.

Last week, as I put together a summary of SN&R’s features, it was hard not to imagine Budricks’ reactions – as if I was pitching each one to him over his shoulders while he swiveled a little in his cubicle. My crime story about a number of startlingly violent human trafficking cases in Sacramento might have slightly raised an eyebrow with him. He always thought crime stories were fascinating, but I’ve come to understand he also worried I could be myopic in my approach to them. He really helped me learn to contemplate the bigger picture when writing them, not to mention keeping verifiable facts centered ahead of flashy narrative flourishes. Hopefully he’d think our story this week does that. Ken Magri’s piece about the experimental Cornerstone housing project in South Sacramento would have been another greenlight for Budrick. Raised on the south side of Chicago, he had a life-long sympathy for working people and was always interested in innovative approaches to difficult problems. I’m sure our round-up of upcoming music shows would have also gotten a thumbs up from an editor who put so much energy into promoting arts – and especially the struggling venues that worked to host them. The same is probably true of our Mexican travel memoir by a local writer; because locals wanting to know the experience of other locals was a conviction that Budrick held fast on.

But if there’s one piece of content on SN&R’s homepage last week that Budrick would have truly dug, it’s our editorial about a shelter dog named Gumbo who ended up at the center of a larger story about community togetherness versus anti-LGBTQ bigotry. Budrick believed that journalism serves a purpose, and that even seemingly small stories are worthy of attention if they speak to the peerless character of a place. As of the moment I’m writing this, all I can do is hope that Gumbo is no longer in the Woodland animal shelter and desperately needing a home. Someone adopting him wouldn’t just make me and many dog-lovers in our area smile – I think it would make my old friend smile, too, wherever he is.

Gerald (Jerry) Anthony Budrick passed away Sunday, July 24, 2022 after a 5 year battle with esophageal cancer (clearly the cancer won). He was 78 years old and died in Amador City surrounded by the love of his family.

Gerald was born in Chicago, IL on February 23, 1944, a son of the late Anne (Walanga) and Alphonse Budrick. He was a smart and curious man, even from the very beginning, which led him to a life filled with rambunctious adventures. Some of his greatest adventures included: being a singer in the army with the 3rd Infantry Division Glee Club; traveling across the country in his VW Bug peddling fur coats; road-tripping with his buddies from Berkeley to the Yukon Territory of Canada where they discovered dense clouds of relentless mosquitoes; being one of the founding partners of a restaurant in Berkeley that started a food movement; finding his “imago” Deborah and having two babies with her; starting a water business and moving to Amador County to operate it; owning an incomparable family restaurant in Sutter Creek; becoming the biggest fan of his son’s basketball and soccer teams; starting a new career as a journalist and editor at the ripe age of 64; working at the bowling alley after partial retirement; building ridiculous amounts of tables for his daughters restaurant;  finishing and publishing his book about Chez Panisse with his good friend James Monday; and learning to turn his hearing aid down enough to be able to interact with his lively grandchildren. Gerald was a wordsmith with the largest vocabulary this side of the Mississippi and a scrabble fanatic with an archive of scrabble journals dating back to the 70’s.  He was a true handyman who could fix anything he focused his energy on. He was a lover of books and movies (except for Borat 2) and food and drink. He had a witty sense of humor, a silver tongue, and a penchant for brutal honesty, which sometimes got him into trouble, but usually the good kind. His family has no idea how they will survive without his constant input, opinions, and grammatical corrections, but luckily his voice will most likely ring in their ears for eternity. He and his lust for life will be sorely missed.

Gerald is survived by his wife Deborah Budrick of Amador City, CA; a daughter, Ginger Budrick-Carter and a son, Bret Budrick; Ginger’s Husband, Matthew Carter and Bret’s girlfriend, Kassie Mastro. Gerald is also survived by his two brothers and their wives, John and Charlotte Budrick and Jim and Michelle Budrick; his in-laws, Victoria and Rick Wise, Arayah and Paul Rude, and Beverly Jenanyan; His nieces and nephews Brian, Timothy and Cara Budrick, Giovanna Budrick, Melissa Amen, and Jenan Wise; his grandchildren, Lennon and Hendrix Carter; and countless friends and loved ones.

A celebration of life will be held on August 17th at 4pm at Teresa’s Place in Jackson. Anyone who knew Gerald is welcome. Food, drinks and stories will be served because Gerald loved all of those things.