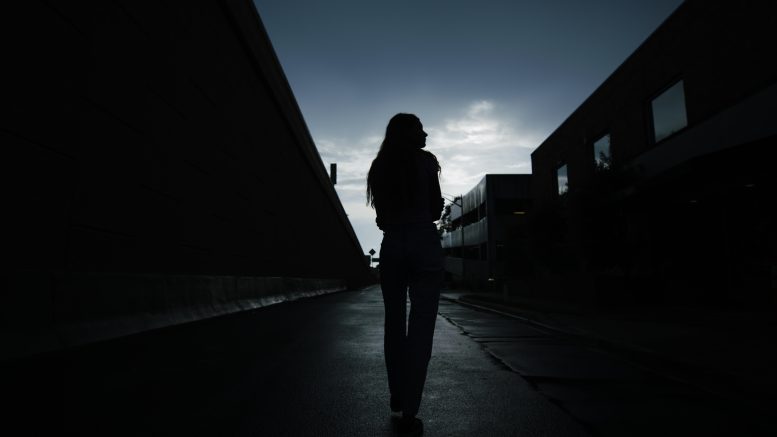 It started when a woman rushed to a fire stationhouse, pleading for help as she bled from deep stab wounds to her stomach. The Sacramento responders could see her injuries were life-threatening. The woman was rushed to a nearby hospital. Once stable, a Sacramento Sheriff’s deputy came in to talk to her, learning that for a year she’d been trafficked on the streets of the city by a man named Johnnie Cokley. He had kidnapped her on one occasion when she’d tried to get away from him. At other moments, he would viciously beat her. The woman’s final escape attempted ended with a stabbing.

It was March 22, 2020 and sheriff’s detectives immediately started looking for Cokley. Two weeks later, they found themselves in a car chase with him – and then a foot pursuit. They briefly gave up the ghost after he disappeared into a neighborhood. The vehicle Cokley had fled from had boxes of gun ammunition in it. It was less than 48 hours before deputies were in another vehicle pursuit with their suspect. This time Cokley was recklessly veering his car all over a local freeway. He tried foot-bailing again, but was ultimately captured.

On June 9 of this year, Cokley had his reckoning in court after Sacramento Deputy District Attorney Scott Schweibish convinced a jury that he’d used extreme violence to traffic the stabbing victim: Cokley had forced her to work in both Phoenix, Arizona, and California’s capital. One piece of evidence Schweibish presented was a surveillance video of Cokley attacking the woman in front of a convenience store, pummeling her until she was unconsciousness.

Then, he just left her there.

Cokley had prior convictions for vehicle theft, domestic violence, illegal gun possession and resisting officers. In May, a jury convicted him of assault with a deadly weapon, human trafficking, pimping, pandering, kidnapping, illegal weapons charges and two counts of felony evasion. During Cokley’s June court appearance, Judge Ernest Sawtelle sentenced him to 55 years and 8 months in state prison.

But Cokley hasn’t been the only man that Sacramento prosecutors convicted of human trafficking this summer. Two weeks after he was taken to prison, Lamar Robinson was brought into court for his own sentencing. Robinson was also found guilty of trafficking, though the fact that he was even free on the streets when those crimes went down would likely cause animal-lovers to shudder with rage.

Back in December of 2017, a woman had been roused from her sleep by the sounds of dogs yelping and screaming. She looked out the window of her apartment to see a stomach-turning sight: Prosecutors later described it as Robinson repeatedly body slamming a small dog against the ground, “using a leash to increase the impact to the pavement.” He was also managing, at the same time, to hold a second dog with his other hand, which he’d either choked or knocked unconscious. When Sacramento Sheriff’s deputy Brian Fowell pulled up, he saw Robison attempting to “walk” the two highly battered canines, one of which had a broken leg.

Robinson was arrested on eight charges of felony animal abuse. He was convicted on all of them in June of 2018 and sentenced to 4 years and eight months in prison. But, due to California’s current sentencing laws, Robinson only served roughly half of that sentence. By 2021, he was free again and taking an interest in a 13-year-old girl, whom he planned to pimp on the streets. Prosecutors say that, after convincing the girl to run-away from home, Robinson did just that.

“Robinson gave the victim detailed directions about how to make money through selling sex and demanded that she give him her money” is how D.A. spokeswoman Shelly Orio explained it when writing about the case.

The pimp was caught in November of 2021 after Sacramento police officers pulled him over and noticed the 13-year-old with him. Since Robinson was on parole for his animal cruelty case, officers were able to search his phone, realizing they had trafficking situation on their hands. Robinson ultimately pleaded guilty to human trafficking of a minor with a prior felony strike. He was sentenced to 16 years in state prison, following which he’ll be a registered sex offender.

Brutal violence was also involved in a trafficking case that ended last week.

That investigation started in February of 2020 when people noticed a young woman crying as she walked naked down a street in Sacramento. Before anyone could help, a car pulled up. Inside was Tony Miller. Witnesses saw Miller grab the naked woman by her hair and pull her inside, at which point, he started hitting her in the face.

Arriving Sacramento police officers had to determine where the two had gone – and who they were. An investigation eventually led them to the woman, as well as a second trafficking victim.

“The second victim described how Miller groomed her over several weeks by pretending to be an affectionate boyfriend before turning her out to engage in prostitution and taking all the money she made,” prosecutors noted. “Miller had become progressively more violent toward both victims and would physically assault them daily.”

Faced with a slew of cell phone evidence and video surveillance police had obtained, Miller pleaded guilty to kidnapping and human trafficking of an adult while using force. On July 16, he was sentenced to 25 years and 4 months in state prison.

Be the first to comment on "Sacramento prosecutors get multiple human trafficking convictions, some tied to near-fatal attacks, ‘horrific’ dog abuse"