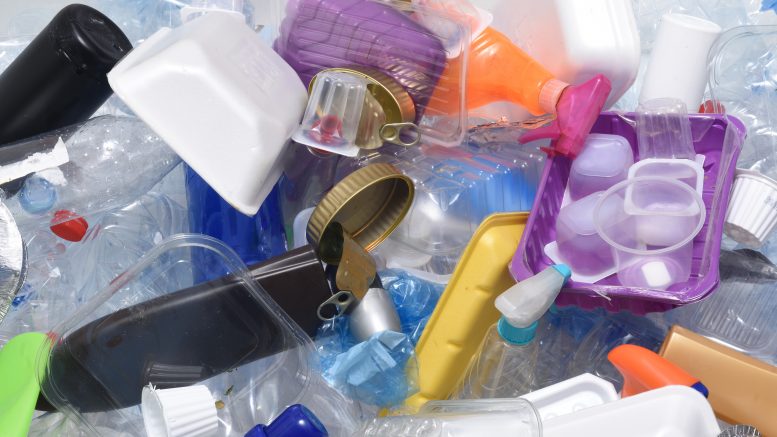 The plastics initiative is designed to circumvent the manufacturers' lobbying efforts and make all plastic truly recyclable or compostable.

There is a famous scene in the 1967 movie “The Graduate.” A middle-aged man tells a young and distracted Dustin Hoffman at a party: “I want to say one word to you. Just one word. Plastics. There’s a great future in plastics. Think about it. Will you think about it?”

But in the intervening decades, plastic has gone from a lucrative technological marvel to an environmental catastrophe, with no clear solution in sight. What are industry experts proposing? How can ordinary citizens help?

We caught up with Nick Lapis, advocacy director at Californians Against Waste, for his advice. (Spoiler: It is better advice than Hoffman received.)

Why is the plastic ballot measure needed?

I think that we are just beginning to realize the scope of the impacts of plastic pollution. It’s one thing to see a turtle with a straw in its nose and feel sad for the turtle, but for me the really shocking thing is the recent research that showed plastic in our blood streams and in the first bowel movements of newborns. This is terrifying. How fast is it accumulating? What toxins are leaching into our bodies? We are conducting a huge experiment on all of humanity without even making a conscious decision to do so.

Relying on altruism from the conscientious portion of the population that is going to bring their own mug to the coffee shop just isn’t going to cut it. We need wholesale systems change to really move the needle, instead of expecting consumers to go above and beyond to do the right thing.

The legislature has repeatedly tried to pass legislation requiring a large-scale overhaul of this sector, but the lobbyists for plastics manufacturers, consumer brands and others have gone all out to kill these proposals. This is exactly the type of scenario that California’s citizen initiative process is designed to address.

What are the major benefits of this measure?

The ballot measure is going to require all plastic packaging and disposable foodware to be truly recyclable or compostable. The ballot measure will also cut plastic waste generation by 25% and invest in recycling infrastructure, as well as parks and other natural resources.

Besides reducing plastic and making it easier to recycle, this also places fees on the plastic industry. What is the thinking around that?

We are all currently paying to clean-up after the companies that make these products in our garbage bills. They put products on the market that have no viable end-of-life use and expect local governments to spend whatever it takes to find a way to recycle these products. This fee shifts the responsibility to the people who make the products, and they will be charged a fee proportional to the cost of managing their products. This money will be used to fund statewide recycling systems as well returning money to local governments to fund residential recycling programs that would otherwise be borne by garbage rates. The rest of the money will be invested in protecting our state’s natural resources and cleaning up the impact of this pollution.

What is the initial polling on this measure?

There have been several polls done since the measure was first proposed and they’ve all shown overwhelming public support. The polling consistently shows a 2-to-1 ratio of supporters to opponents.

Yes, please. Can I get some coffee with that?

San Jose is a model of how collecting organic waste may look across California—even though challenges remain.