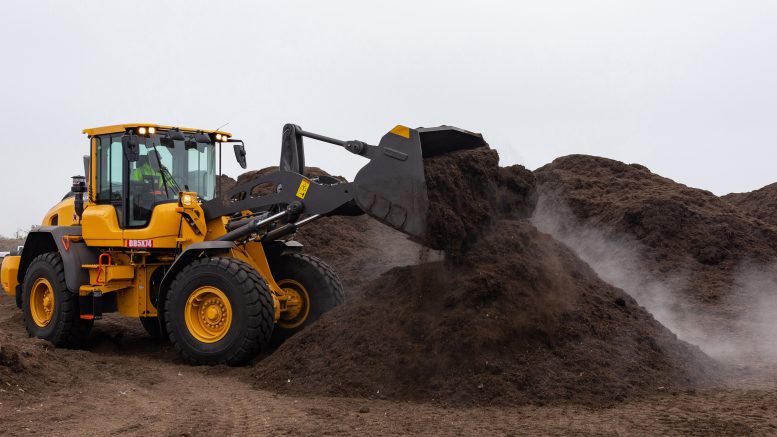 We continue our SB 1383 series—designed to take a deep dive into the challenges and successes as our state takes on significant organic waste recycling in an effort to save landfills and save our planet.

We recently caught up with Bill Camarillo, the CEO at Agromin, one of the largest organics recyclers in California.

When you began working in the industry over 30 years ago, did you ever imagine you’d be one day overseeing California’s largest green waste recycling company?

No. After serving in the Marine Corps and finishing up my MBA, I joined my high school friends who were in the tree-trimming business. In the early ‘90s, we learned how to reprocess wood chips and send them to power plants to create electricity. It was then that AB 939 passed, the landfill diversion bill, which really got our business going.

Through the years, we’ve followed the legislation and adjusted.

Agromin is in the diversion business—diverting organic waste from landfills to reduce methane. But more importantly, we’re rehabilitating and restoring soils so that Mother Nature can pull carbon out of the atmosphere to help slow climate change.

How much infrastructure needs to be built in California to process the 18 million tons of organic waste by 2025?

The first SB 1383 threshold is for jurisdictions to procure 30% of their targeted recovered organic waste product by January 1, 2023. This can be achieved with most of the current infrastructure.

Many compost centers are permitted to accept and process different types of materials—mostly green waste, wood waste and agricultural waste, which is the lion’s share of the volume. Food waste, soiled paper and compostables, however, require a completely different type of permit. That’s where the limitations come in.

When you focus on green waste, wood waste, agricultural waste and some level of food waste, we can get to the 50% threshold. Beyond 2023, we’ll need much more capacity and food waste recycling capabilities that we don’t have now.

SB 1383 passed in 2016. A lot of cities kept dragging their feet when it came to implementation. I think they were hoping that the law wasn’t going to happen. They are finally realizing, ‘Oh, this is for real.’

Another big reality check came in 2020 when AB 1594 went into effect. Green waste used as alternative daily cover in landfills could no longer count as credit towards diversion through recycling, but rather would be considered disposal. Most jurisdictions were using ground green waste as alternative daily cover to meet their AB 939 mandate. That is no longer an option.

So how much of a shortage is there?

The state’s green waste recyclers are currently managing 12 to 15 million tons of green waste a year. We’re probably looking at having to double that amount with a new infrastructure of higher-grade permitted capacities for jurisdictions to get to 100% recovered green waste product procurement by 2025, the SB 1383 mandate. One option is to use the current materials recovery facilities to source and separate the materials and then send the green waste to other locations for processing, but we’re still going to fall short when it comes to getting food, soiled paper and compostables out of the waste stream.

How many millions or billions of dollars do we need?

It took Agromin 10 years to get our Santa Paula facility approved. The approval finally came in February for a 295,000-ton-a-year compost center that can process green waste and food waste. It will probably cost $30 million to build.

If one wanted to extrapolate what potential infrastructure costs would be, you could say that for every 100,000 tons it would cost $10 million. If we need to process another 10 million tons of green waste, the cost is billions.

Do you see us being able to raise that kind of money?

Only if contracts and price levels are solid and locked in so there is certainty at the jurisdictional level for the green waste haulers. Eventually, it will be the private sector that will drive infrastructure expansion.

Because of 1383, many jurisdictions decided to take long-term agreements out to bid to see if there was something better available. These bidding opportunities attracted companies from all over the world. Contract bidding has created uncertainty for hauling companies. It’s difficult to develop infrastructure that costs millions of dollars if you don’t know whether your hauling contracts could be canceled and awarded to another company.

SB 1383 is probably one of the most disruptive pieces of legislation for the waste industry. That’s not good or bad, It’s capitalism at its best. Whoever’s quicker, faster and smarter is going to be able to take advantage of the reshuffling.

How do we get the most value out of the products and the organics to help divert the cost of implementation?

Building a financial model to divert organic waste to reduce greenhouse gas emissions with a value element on the backside is very risky.

Offsetting implementation costs is not part of SB 1383. There is no value in the materials that are being diverted, nor were they intended to create value to reduce the cost of reducing greenhouse gas emissions. Nothing that I’m aware of today, in any of the climate change bills, does anything to create value and reduce the cost of greenhouse gas reduction emissions. When we divert organic waste and transform it into products that go back into the soil, such as soil amendments, mulches and organic fertilizers, they’re of low value compared to chemicals.

It’s hard to convince a farmer who is procuring these products that they are more valuable when the products don’t have the potency of chemical fertilizers.

The value is in the benefit to the environment in the future.

So in terms of the rates that are being charged to handle the material, this is going to be the core financing of building the facilities and running the operations.

Banks will lend if the recyclers can guarantee 10 years’ worth of contracts for feedstock, a 20-year power purchase agreement with Edison or a contract with SoCal Gas where you’re putting gas in pipelines. These are the types of contracts financial institutions are looking for before offering financing at a reasonable rate.

If we made you 1383 czar, what three things would you implement to help make the program a success?

Fix the delays in infrastructure development. Shore up the uncertainty of feedstock flow. Continue the efforts to educate on the importance of healthy soils.

Mother Nature will fix the climate change issues all by herself whether we help or not. Grass, trees and plants all consume carbon from the atmosphere. The challenge in agriculture is that soils are depleted because of the use of chemicals. Today we have less than 1% organic carbon in the ground. Historically, soils contained 3-6% organic carbon, which consumed carbon out of the atmosphere. The biology in the ground would then use that carbon as a food source and nutrients that the plants could absorb.

Our soil is being depleted because of the use of chemicals, over-farming and releasing organic carbon out of the ground. We must move to climate-smart agriculture through regenerative farming practices.

The more acres we fix, the faster we’ll pull carbon out of the atmosphere.

What is going to allow us to combat and maybe reverse some of the things that we’ve done to the atmosphere is inspiration. We have to inspire people to do the right thing.

OK, just for fun, the beach or mountains? Cat or dog?

The beach. And I have both. I love animals.

Be the first to comment on "A Q&A with Bill Camarillo, CEO of one of the largest organics recyclers in California, about SB 1383"