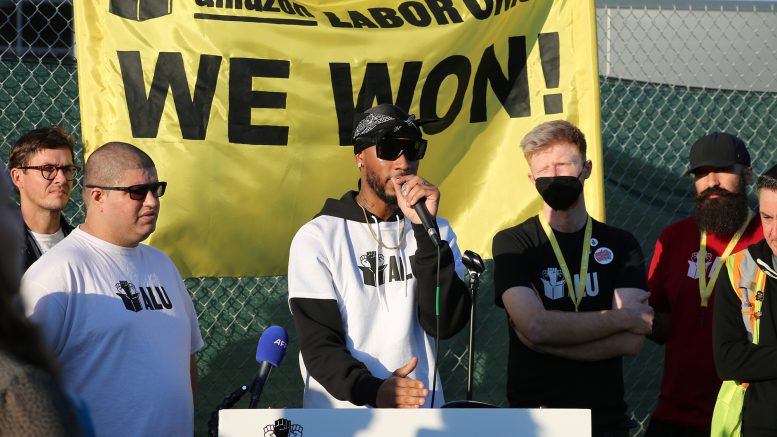 The improbable labor win is raising comparisons to thwarted efforts to organize workers in the early 2000s.

Amid the industry’s calls for more oil and gas production due to the Ukraine war and the federal government opening public land to drilling, California approved more new wells in March and April than in any two-month period since last October.

The California Geologic Energy Management Division so far has approved 89 in March and April, compared to 67 the first two months of the year and 35 the last three months of 2021 (most in October). Excluding new wells approved for water disposal — a form of underground injection that oil companies use to dispose of wastewater produced during oil and gas drilling — the rate of new well approvals rose 500% from January and February to March and April.

CalGEM says the rise isn’t due to the war, but to a court ruling that temporarily threw out a controversial ordinance allowing Kern County to rubber stamp environmental approval for wells. Now authority has reverted back to CalGEM, which started approving more wells to meet a March deadline on operators’ permit applications, an agency spokesperson said. A trial next week will determine the fate of the county ordinance.

Regulators are aware that the industry wants more drilling. Records obtained by Capital & Main show that four days after Russia invaded Ukraine on Feb. 24, the California Independent Petroleum Association sent a weekly news bulletin to CalGEM regulators proposing they approve permits as a way of relieving pressure at the pump — a link that isn’t so straightforward, experts say.

Even before the Ukraine conflict provided the industry with a rationalization to push for more drilling, it was leaning on powerful political influencers to fight restrictions on fossil fuel production. In addition, the industry’s reach keeps extending into state government as Gov. Gavin Newsom recently hired a former oil lobbyist as his top legislative staffer, though it’s unclear if this has had any impact on oil permitting.

One of the more powerful industry groups, the California Independent Petroleum Association has long pushed for the state to reduce its dependence on foreign oil, and its website directs users to the website for a group called Californians for Energy Independence, which features videos promoting drilling.

Lobbying filings show that Californians for Energy Independence paid $1.15 million in 2021 to Winner & Mandabach Campaigns, a top ballot campaign expert in the state and country. The group also sent $269,250 to BASK Digital Media, a company run by one of its principals, Adam Stoll, who is also the president of a Republican-focused media placement company. It’s part of the $77.5 million that the industry spent lobbying in total in the state between 2018 and 2021 — four times what environmental organizations spent and almost six times clean energy firms’ expenditures.

Most of the lobbying dollars from Californians for Energy Independence were used to defeat legislation to build buffer zones between oil and gas wells and sensitive sites like homes and schools; the Newsom administration has proposed its own rules to remedy this health hazard, though they contain loopholes.

Winner & Mandabach didn’t respond to an inquiry as to whether they were working with the group again this year. It worked with Californians for Energy Independence in 2016 to oppose a local ballot initiative to ban fracking in Monterey County. The industry lost that vote, but succeeded in defeating an anti-fracking ballot proposal in San Luis Obispo County two years later — a campaign in which Winner & Mandabach was accused of deceptive practices.

The firm’s two principals, Charles Winner and Paul Mandabach, have decades of history fighting environmental ballot initiatives in California and beyond, sometimes using misleading tactics. Winner, who died in March, began his career as an assistant to Gov. Pat Brown in 1958 and was appointed chairman of the California Horse Racing Board by Gov. Jerry Brown more than 50 years later.

In 2020, the firm successfully steered Proposition 22, the Uber-backed ballot initiative that classified app workers as independent contractors, and Proposition 14, which made billions available for stem cell research. Newsom was notoriously silent about the former and endorsed the latter.

The oil and gas industry also has ties to high-powered lobbying firm Nielsen Merksamer, which counts the California Chamber of Commerce among its clients. Firm partner Steven Lucas is listed as the registered agent for Californians for Energy Independence, meaning he is designated to receive official documents for the group, including notices of litigation.

Lucas was also the initial registered agent for the California Labor Oil Management Alliance, which represents the interests of both the Western States Petroleum Association and the State Building and Construction Trades Council — a political alliance that opposes regulations on oil drilling and refining. Another Nielsen Merksamer lawyer, James Carson, is listed as the alliance’s most recent registered agent.

Name partners Chip Nielsen and Steven Merksamer have had long careers both in Sacramento and the private sector. Two years ago,

Merksamer introduced Newsom for a discussion on energy, wildfires and climate hosted by the Public Policy Institute of California, of which Merksamer is currently chair of the board.

Last month, the Newsom administration also hired a former lobbyist named Christy Bouma as its new legislative affairs secretary. Since 2008, Bouma had been president of Capitol Connection, a firm that she joined in 2000. While there, she lobbied on behalf of Marathon Petroleum, according to lobbying filings.

Capitol Connection worked alongside another firm that has several ties to Newsom, Axiom Advisors, to represent Marathon Petroleum. Although the company doesn’t drill for oil in California, it transports and refines petroleum from the state’s oilfields. The company’s hired guns lobbied on legislation that could have impacted these businesses, even opposing a bill, AB 480, to tighten oversight after hazardous spills.

A spokesperson in the governor’s press office didn’t comment on Bouma’s former clients, but sent a statement praising her “extensive leadership across sectors, wide-ranging expertise and record of legislative success.”

Environmentalists Also Ramping Up Their Activity

Even as the industry steps up its campaign for more drilling, climate advocates are also accelerating their activism.

On April 8, protesters at nearly a dozen rallies across the state called for a total ban on oil extraction in California and a faster transition to renewable energy, as well as stronger protections for communities living with pollution from nearby wells.

In addition to sustaining the fossil fuel economy, the carbon intensity of California’s oil — meaning the amount of climate-warming gasses emitted just to get it out of the ground — increased from 2018 to 2020.

1 Comment on "Amazon employees’ victory is inspiring workers at other retailers. Could a Walmart union be next?"