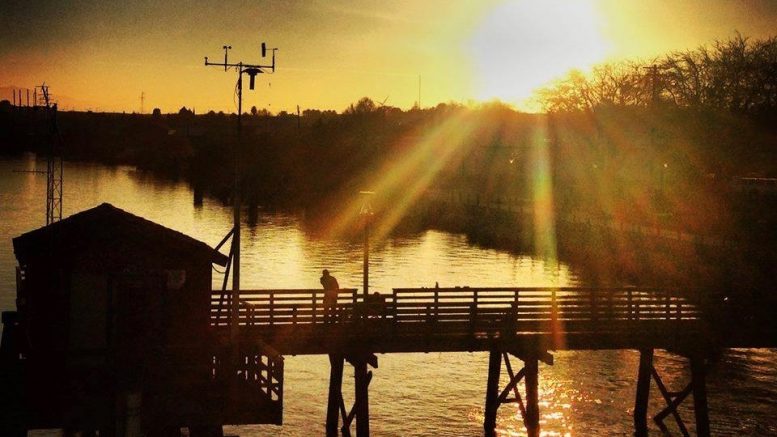 For the fifth September in a row, the California Department of Fish and Wildlife has caught zero Delta smelt in its Fall Midwater Trawl Survey of Northern California’s Delta.

Once the most abundant fish on the entire estuary, the species is now near extinction in the wild, although U.C. Davis continues to raise the fish in a captive breeding program.

The Delta smelt population has plummeted over the decades since the State Water Project began exporting Delta water to San Joaquin Valley growers in 1967.

While there are several factors that scientists pinpoint for the ecosystem collapse, including toxic chemicals, decreasing water quality and invasive species, no factor reportedly figures greater in the collapse than the export of massive quantities of state and federal project water from the Delta to San Joaquin Valley agribusiness interests like the Resnick family and the Westlands Water District.

The Delta smelt is an indicator species that demonstrates the health of the Delta, the largest estuary on the West Coast of the Americas.

“All signs point to the Delta smelt as disappearing from the wild this year, or, perhaps, 2022,” according to a California Water Blog analysis by Peter Moyle, Karrigan Börk, John Durand, T-C Hung and Andrew L. Rypel on January 10, 2021. “In case you had forgotten, the Delta smelt is an attractive, translucent little fish that eats plankton, has a one-year life cycle, and smells like cucumbers.”

”Delta Smelt are the thread that ties the Delta together with the river system,” said Caleen Sisk, Chief of the Winnemem Wintu Tribe. “We all should understand how that affects all the water systems in the state. They are the irreplaceable thread that holds the Delta system together with Chinook salmon.”

State Fish and Wildlife also found only one longfin smelt, another native fish species, in its surveying stations throughout the Delta. The survey didn’t find any longfin smelt last September.

For the tenth September in a row, state scientists caught zero Sacramento splittail, a native member of the minnow family. The last time that any splittail were reported in the survey was in 2017, when 1 splittail was reported in December.

Striped bass, a gamefish from the Eastern Seaboard introduced to the Delta over 130 years, fared poorly also. Fire and Wildlife caught only 1 young-of-the-year striped bass this September, compared with 11 last September.

The catch of American shad, another introduced species, did poorly this September also. Biologists found only 24 of this member of the herring family, compared with 202 in September 2020.

Be the first to comment on "Extinction’s Edge: biologists continue to find zero Delta smelt in Sacramento-San Joaquin waterways"