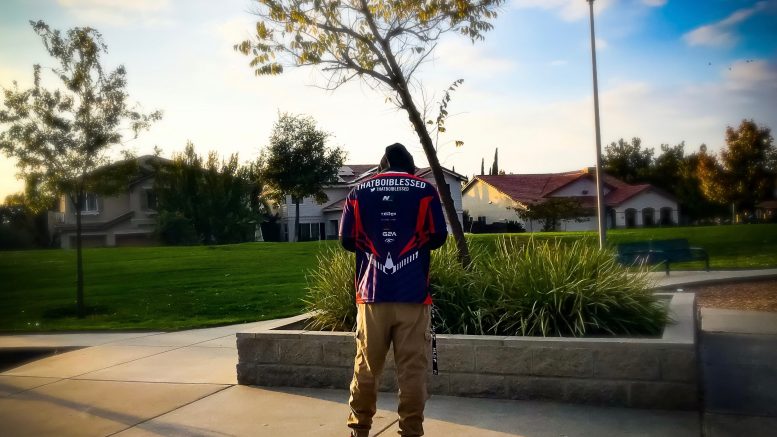 Nothing stays the same

I have a lot of newspaper memories, from counting out copies of my high school’s monthly issues, to grabbing a “dead tree” copy of SN&R on my Sac RT commute every Thursday. Sign of the times that electricity and pocket-sized computers do everything.

Looking forward to libraries doing their thing, and the evolution of this great publication! Could tell you really loved the workspace.

A book-bolstered but paperless future

It is unfortunate that there is no longer a print edition of the paper. I will continue to read the digital edition. Congratulations on selling the building to the City. The library is the perfect re-use of the building. Del Paso has needed a full-sized library. The new Hagginwood branch should be one of the nicest in the system. I can’t wait until it opens.

The journalism will continue

What a great idea! SN&R is not leaving Sacramento – just taking on a new “image” and offering reading material in a new format. Congratulations to all involved!

Looking on the bright side

Really will miss getting the physical papers, but what a great win for the library and the neighborhood!
Thanks to all involved.

Recall regrets will only come after Dems discover it was possible

Re: “Is recalling Gov. Newsom the only way Republicans can win California?” by Steve Appleford (News, July 28)

As a life-long liberal, we never learn. We constantly underestimate the conservatives with our arrogance. This article is just a confirmation of this. The Recall supporters are willing to walk on glass to go vote and support their cause. Liberals really don’t believe in themselves. As a result, they only go vote when they feel good about their candidates. This is 2016, with Hillary and Trump, replayed. Recall supporters are fired up! Newsom supporters are lukewarm, at best. Unfortunately, Gavin Newsom will lose.

Let both (candidates) Eric Guerra and Angelique Ashby explain why they voted to allow a retail pot parlor within yards of St Joseph’s Church in North Sacramento, even after the Planning Commission voted against it. This vote was in favor of two millionaires.

St Joseph’s is nearly 100 years old and serves mainly a poor and Hispanic congregation. No other church has suffered this madness. Go Dave Jones!

What a lovely tribute to a great man. He treated everyone fairly, and knew how to grow, nurture and craft that big Barbera. I am glad to have known him. My condolences to his family and friends.

The nicest guy in wine

Such a beautiful article that truly captures Dick Cooper’s incredibly generous and community-driven purpose. It was a privilege knowing such a sweetheart of a man.

Drink to his memory

One of the neatest guys you could ever meet. We will miss him.

Re: “Homeless advocates split as Sacramento forges ahead with new ‘master plan’ for those on the streets” by Scott Thomas Anderson (News, Aug. 12)

This is moving in the right direction, which is to help people from living on the street. it will help some people and reduce the number of encampments all over the city. Hopefully, services will be offered to help this population find a real home.

So, one of Dr. Katehi’s people wanted to replace Freeborn Hall with a safer, better building. I am not outraged. So, the University drags its feet complying with public records requests. I am not surprised. Trust me, as a career broadcaster, the magic of radio, as delivered by KDVS and the student body of UCD, can and must continue with less space, and in another location. Let’s save our energy for the inevitable move.

KDVS is getting railroaded

I have been volunteering at KDVS for 3 years as a D.J., and I’ve seen the space that has been allocated for its move. To say that it’s one-third the size of the current space is, well, beyond generous. I would’ve said it’s one-tenth the size. It’s basically smaller than the current office and lounge (of the station) put together. I don’t know how you put a broadcast studio and offices into a space that size, let alone a record collection of any size.

I don’t think the space downgrade is the complete issue here. The issue is the University’s misrepresentation. U.C. Davis stated the demolition of Freeborn Hall was to have no prospective replacement, while the impetus for demolition, covertly, was for the re-use of student space for administrative space. Furthermore, the University is well-endowed with funding in the of billions of dollars for renovation and new projects, with student tuition money earmarked for Freeborn upgrade; but they are opting to not spend, or spend that money elsewhere, such as on demolition. Moreover, there is a dearth of space of campus for student activities and auditorium space. The U.C. Davis Aggie Newspaper was forced to move to a residential house off-campus due to no relocation space on campus. The process has been impetuous and furtive compared to any other campus project. I would understand if the University was having financial difficulties, or was candid with sound reasoning regarding the deletion of student space, but this is not the case. There is no explanation other than they do not feel student activities are a priority, unlike other universities, and that student money earmarked for Freeborn upgrade will be used for other things.

Davis administrators are breaking the U.C.’s own rules

The destruction of Freeborn Hall will be using student registration fees (the Student Facilities Safety Fee). The Regents have directed that those funds can only be used for retro-fit, not demolition or site preparation. And the University refuses to say what “better building” will replace Freeborn, and even if they will provide space for student organizations. Eight years ago, the incoming U.C. President, Janet Napolitano, stated publicly that KDVS would be placed back in Freeborn with even better upgraded facilities.

And why do some uncritically believe that KDVS “can and must” perform its mission as an educational non-commercial station with a vastly smaller facility? (They were offered one of 1/3rd the size). It not only is Sacramento’s source for dozens of genres of music and information that the commercial stations in the region fail to provide, but is one of the only means that local bands can broadcast their music live. It also provides a training facility for up to 200 students and community members in engineering, production, live event production, and managing a business. Giving that staff a tiny room or two would definitely impact its future.

As a longtime community member and periodic KDVS show host from 1988 to the present, I feel (some people debating it) have highly informed and thoughtful viewpoints. The University of California, Davis ultimately controls physical space, and how it chooses to manage the vibrant and incredibly unique learning laboratory afforded to it by the Federal Communications Commission since 1964.

KDVS was originally launched by media-savvy students working out of an all-male dormitory laundry room before being “re-housed” at Freeborn Hall. Advancing free thinking boundaries in a protected space sounds contradictory. Yet, physical space and how its use redefines cultural connection is quite a leverage point in 2021, and certainly moving forward in the inverted era of remote and in-person learning. KDVS has operated both proudly and inconspicuously for much of its history in the protective shadow of another comparably licensed broadcaster.

For a variety of very practical reasons the management of KDVS has long been siloed by the university. The determined commitment to 24/7 operation of the broadcast tower and subsequent live stream signal largely keeps the “on air” light glowing, and critical FCC requirements met. As far as on-air content, an improvised mix of live, archival, and distance delivered original material is only the most recent and remarkable chapter in the institution’s history. The degree to which the 90.3 FM frequency and its organically extending social media and digital footprints are guided moving forward will be far more instructive to UC students, alumni, and the observant general public than any seismic event literal or figurative.

The independence of student public affairs functions at KDVS will offer real-time insights between the freeform expressiveness of students and community that are given the privilege of co-piloting KDVS for a day, a year, or any number of hours required to keep it aloft and visible. Ultimately, the station’s vast physical library of recorded music amassed during the innocent pre-Napster era of music – moved physically not virtually – will be a curiosity, an unpolished museum piece, or both. So, there is my own unvarnished spin on KDVS. Remix it into the chorus of voices on this subject with heart, soul, or simply two turntables and a microphone.