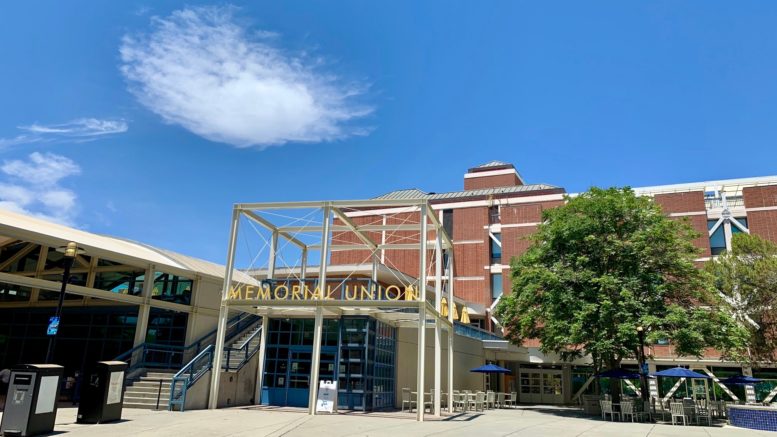 Thanks to the California Public Records Act, a community revolt to save a popular college radio station and its longtime home is being super-fueled by knowledge that the plan to abandon them was conjured by former U.C. Davis Chancellor Linda Katehi. That’s significant, because Katehi’s tenor at the university was so outcry-inducing that it continues to live on in Google’s digital halls of infamy.

But while U.C. Davis complied with the law in that particular instance, it’s reportedly been less forthright and cooperative on an array of similar public information requests filed regarding the future of KDVS FM and the potential destruction of Freeborn Hall. And those inquires haven’t been filed by just anyone: Each was carefully crafted by Mike Doughton, a 28-year attorney for the State of California whose legal specialty is dealing with the California Public Records Act.

Doughton says that between November of 2020 and April of 2021, he relied on his professional experience to file six separate CPRAs with Chancellor Gary May’s administration. All of them, he says, were either improperly ignored, inappropriately delayed or illegally limited in the scope of what was returned.

“My entire career has been doing document discovery, and I consider it a core expertise,” Doughton told SN&R. “My analysis is that they’re dolling it out in these little truncated ways, holding back what they don’t want to give out. This is horribly belated – it’s not in compliance.”

The legal team for U.C. Davis denies that assertion.

Doughton, who was an attorney for the California Department of Corrections and Rehabilitation for 17 years and the California Energy Commission for 11 years, is now retired and performs in the band Orange Morning. Like many Sacramento-area musicians, Doughton was stunned to learn that U.C. Davis plans to force KDVS out of its 50-year home at Freeborn Hall and into a tiny space that all former managers associated with the station claim would downsize it into oblivion. The university’s position is that it needs to gut the station in order to raze Freeborn Hall, a structure considered by many a gem of mid-Century architecture.

U.C. Davis officials have thus far not revealed exactly what they would replace Freeborn Hall with.

Listeners, fans, show hosts and performing artists from Davis to Sacramento have rallied to try to stop the move. One of them, Dr. Gerrell Drawhorn, a professor at Sacramento State University, filed a CPRA with the university on administrators’ communications regarding the Freeborn decision. That led to the release of a number of emails between Katehi and her subordinates in the summer of 2015. The correspondence strongly indicates that one of Katehi’s right-hand officials decided to use seismic safety concerns about Freeborn as an excuse – or cover – to demolish the cornerstone of U.C. Davis life and then replace it with an unspecified “centerpiece” idea that he was still dreaming up. The emails also show Katehi was immediately supportive.

Given how much was gleaned from Drawhorn’s one CPRA – and given that May’s administration is staying Katehi’s course without saying why – Doughton decided to use his extensive legal background to file a battery of new CPRAs.

“It all has to do with my concern about KVDS and its future, as well as Freeborn Hall: The fate of the two seem to be intertwined,” Doughton said. “Nobody has any answers yet to why they still want to knock Freeborn down.”

Doughton recently provided SN&R with a number of emails between himself and U.C. Davis legal analyst Astrid Davis, in which Doughton argues specifically why the university’s responses to his CPRAs aren’t in compliance with the California Public Records Act or the California Constitution.

While the U.C. Davis Office of Campus Council did not grant SN&R an interview for this story, it did issue a statement from legal operations manager Jana L. Gabby, which reads, “U.C. Davis is diligent in responding to CPRA requests in the appropriate amount of time and manner as outlined by the law … Our Information Practices Team has been responding promptly to Mr. Doughton’s CPRA requests. His assertion that we are ignoring, delaying or limiting the records disclosed is simply inaccurate.”

Doughton disputes that and says the reasons he’s pressing the CPRAs so hard is that it doesn’t make sense May’s administration would continue to push an embattled Katehi-led plan that has little-to-no community support, student support or KVDS staff and alumni support.

Parisa Esfahani, on the other hand, feels something like this was inevitable. Esfahani hosted a Public Affairs show on KDVS between 2014 and 2016. From that vantage point, she closely covered the “fire Linda Katehi movement” among students and staff. She doesn’t think the U.C.’s ouster of Katehi was ever about addressing the underlining issues that led to the college having such allegedly compromised leadership.

“I’m not surprised, because we knew when we got her fired, we didn’t really succeed in changing the infrastructure,” Esfahani reflected. “We all knew what was coming next, a second Katehi administration with another face.”

As for KDVS itself, Esfahani has glowing memories. She says it would be a huge blow for the region if the college goes through with its plans.

“The station has meant so much to a really great, warm, vibrant community for so long,” she noted. “It’s student-led, student-run, and there’s nothing gross or neo-liberal about it, like the rest of the U.C. … It’s a beautiful grassroots thing, something that has so much soul, so much spirit.”