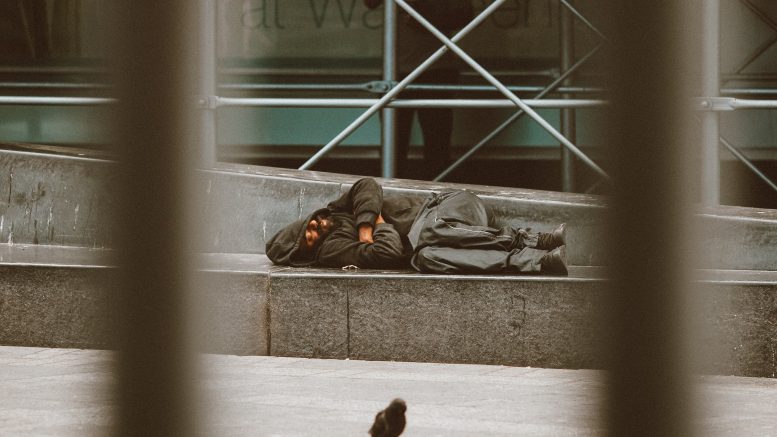 Sacramento Mayor Darrell Steinberg spent Tuesday night making the case for his new Homeless Master Siting Plan, an initiative that comes months after he acknowledged Sacramento has spent hundreds of millions of dollars in the last five years to get people off the streets – only for the problem, now, to appear worse than ever.

Steinberg vowed in January that he would alter his strategy from “chasing money” to throw at various programs, to having an organized master plan to address homelessness in conjunction with Sacramento’s broader affordable housing crisis.

As Steinberg rallied the City Council to unanimously pass his first part of that gambit, some homeless advocates questioned whether it was just a more elaborate version of the shelter-based shell games they’ve been criticizing for years – and if the plan was seriously committed to long-term housing solutions.

Steinberg’s $100 million initiative would build various forms of housing and shelters across 20 “priority sites” that encompass much of the city, from Old North Sacramento and Del Paso Heights, to Midtown and South Oak Park. Some sites would be emergency shelters, while others would be permanent manufactured homes, collections of tiny homes, and official safe parking grounds.

Steinberg has described the plan as a sweeping approach that avoids the bogged-down politics that come with hyper-focusing on a couple controversial projects at a time.

The mayor echoed that conviction Tuesday night. “This is a unique resolution,” he stressed. “We want to help people out of homelessness and into a better life.”

But do the “priority sites” match the magnitude of the problem?

The most recent Point of Time Count from 2019 identified 5,570 people living outdoors across Sacramento County. Since at least 2017, other data points have suggested these PIT surveys can be undercounting the actual number by at least 50%. Due to COVID-19, Sacramento County has not conducted a more-recent PIT count, though the pandemic’s effect on joblessness, mental health and addiction may have spiked the numbers in ways that can’t be charted yet.

All the more reason, the mayor argues, for a new course.

But not every homeless advocacy group is on-board. After the plan was unveiled, the Sacramento Homeless Union released an open letter blasting it as a give-way to the mayor’s developer allies – one that would provide city code enforcement and police with a legal shield for clearing out encampments whenever they wanted, whether or not there’s a realistic place for people to go.

“The ‘plan’ is a deceptive and dangerous con job designed to circumvent the 9th Circuit Court of Appeals ruling in Martin v. Boise, enrich wealthy contractors, strengthen the hand of the ‘homeless industrial complex’ in controlling the unhoused and set the stage for Steinberg’s attempt to force the homeless to surrender their state and federal constitutional rights through an ‘obligation to accept shelter’ ordinance,” wrote Crystal Sanchez and Anthony Prince of the homeless union. “Behind the Mayor’s plan is the false narrative that people become homeless through some personal failing. In fact, the leading cause of homelessness is the soaring cost of housing … The plan will add only 300 ‘tiny homes,’ while the remainder of the proposal is for so-called ‘safe parking’ or ‘safe ground’ when the money could and should be spent on actual housing.”

The authors added, “The city now has $100,000,000, enough to permanently and safely house hundreds of if not thousands of homeless families and individuals.”

The Sacramento Homeless Organizing Union, or SHOCK, has also raised concerns about the mayor’s approach.

Councilmember Katie Valenzuela, who after the death of another man on the streets in January during a storm urged the Council to take bolder action, tried to assuage worries within her district that the plan was nothing more than a large Band-Aid.

“This is not our last stop,” Valenzuela said during the meeting. “We still have more work to do. As a lot of callers have pointed out, we’re ultimately talking about housing, not just shelter.”

Throughout the meeting, Steinberg’s plan also drew fire for not identifying priority sites in Sacramento’s more affluent neighborhoods, as well as a perception that it wasn’t linked strongly enough to Sacramento’s mental health services, which are operated by county government.

“When you have multiple jurisdictions, we can’t always sequence things perfectly,” the mayor acknowledged, before saying of the county’s leaders, “They say this homeless problem is their top priority. When our partnership comes together, people will see how much more powerful the actions we’re taking tonight really are.”