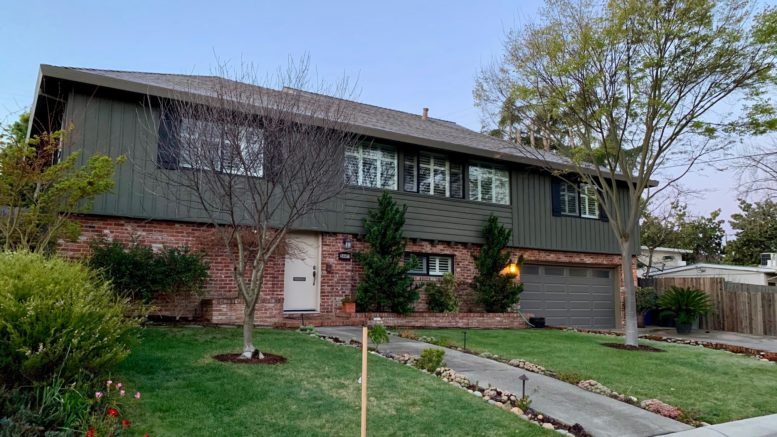 One was a legendary attorney and civil rights crusader. The other was an architectural visionary who channeled vibrant elements of Sacramento life into buildings that are part of its landscape to this day. Now, the homes where Nathaniel Colley and James C. Dodd lived during the zenith of their careers have been added to the Sacramento Register of Historical and Cultural Resources.

The City Council finalized safeguarding both houses on Tuesday, with support from its staff, Preservation Sacramento and Sacramento Modern.

Dodd was one of the first and most-renowned Black architects to work in the city. At the council meeting, Sacramento Associate Preservation Planner Sean de Courcy noted that Dodd’s influence can still be seen and felt all around the capital, thus marking his home at 1860 60th Avenue in South Sacramento as a place of interest to future generations.

“The property holds an important historical significance,” de Courcy said. “James C. Dodd was the creator of important works, including the architecturally and culturally significant Shiloh Baptist Church. Dodd has been recognized for his leadership by the American Institute of Architects, and by the NAACP for outstanding work in the field of Architecture.”

The Shiloh Baptist Church has roots in Sacramento that go all the way back to 1856. A century after it was formed, the church’s leaders tapped Dodd to conceptualize a new house of worship at 9th and 36th streets. Its groundbreaking was held the following year in April of 1958. During four decades of helping build up Sacramento, Dodd designed dozens of structures, including Saint Hope Academy, the Netta Sparks Women’s Civic Improvement Club and portions of McClellan Air Force Base.

Colley, on the other hand, made his impact inside California’s courtrooms. And that impact was huge. A Black child raised in the Jim Crow South, Colley joined the Army during World War II, eventually earning the rank of Captain. After the war, he attended Yale Law School before moving to Sacramento in 1948.

Colley was the city’s first African American attorney to have a private law practice. He started his career as a defense attorney, often coming to the aid of Black suspects whom he felt were wrongly accused. Any crime journalist who’s read transcripts from Colley’s trials in the early 1950s can attest he was a brilliant litigator – and flat-out devastating when cross-examining witnesses on the stand. Colley also refused to tolerate any form of disrespect in courtrooms where he was surrounded by white attorneys, white judges and all-white juries.

Colley made his first big mark on Sacramento history in 1952 when he sued, and defeated, the Sacramento Housing Authority for its discriminatory policies. He had another paramount ruling in 1957, one that barred housing developers who received federal funds from engaging in forms of discrimination. In 1964, Colley helped overturn a voter-approved state initiative that allowed for various ways to discriminate on housing. He argued that case in front of the California Supreme Court, and his win was eventually upheld by the U.S. Supreme Court.

When it came time for the Council to vote on preserving Colley’s former home at 5441 Pleasant Drive in South Land Park, one person who phoned in for public comment was KVIE producer Chris Lango, who made a short documentary on the late attorney’s life. Lango said that a number of famous civil rights leaders – and two California governors – paid visits to Colley’s house on Pleasant Drive. He also reminded the councilmembers that there was another important personality who’d resided there.

“I’m calling in to support adding it to the register, but also to tip my hat to Nathaniel Colley’s wife, Jerlean, because that home is as much her legacy as his,” Lango observed. “It was she who prepared many of the early legal documents and briefs in his career that was an integral part of those early landmark cases in Sacramento. And, most importantly, she saved and organized his papers, which are now a permanent part of the city’s history there at the Center for Sacramento History.”

Colley’s former home is in the district of Councilwoman Katie Valenzuela, who motioned to move forward with preserving it. That was seconded by Councilman Rick Jennings, who described the vote as a big night for local history.

“Nathanial Colley, and his wife and his family, are leaving a legacy for all of us in Sacramento,” Jennings said. “And this is something that will continue to inspire kids and families for years as they understand his life and what he did in order to make it equal for all in Sacramento and throughout the country.”

A hidden gem with an English touch