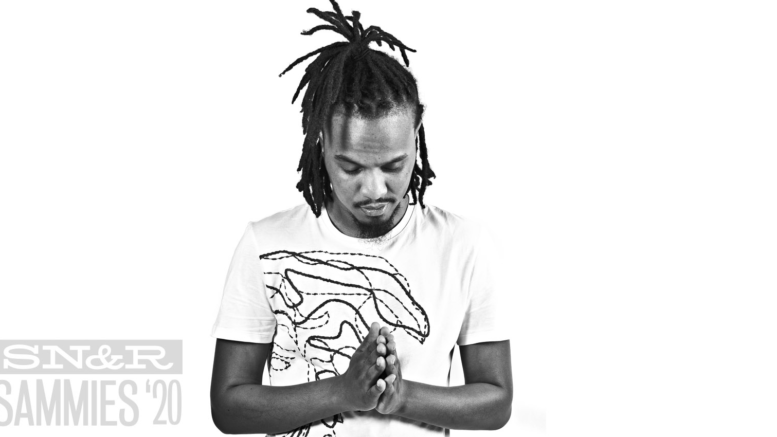 In any normal year, we at SN&R would be in full-on SAMMIES mode, asking readers to vote for their favorite performers and prepping a big event to celebrate the winners.

Unfortunately, the SAMMIES are on hold for 2021, and COVID-19 pandemic stay-at-home orders prevented the big shindig we’d hoped for in 2020 to celebrate the winners.

But if there’s any time we need the comfort of music, it’s now. For the next few weeks, we’ll be checking in on some 2020 SAMMIES nominees and winners and nominees to see how they’ve stayed creative over the last year. Be sure to check out the Bandcamp and Spotify pages of each artist.

How did you feel about being nominated last year?
I felt good about getting a nominated, I probably would’ve felt better if I won lol. Honestly, it’s always an honor being nominated amongst Sacramento’s elite artists. It’s always very much appreciated.

How have you stayed active/creative during the pandemic?
I’ve been staying active just by recording consistently. I put a project out last year at the height of the pandemic called GWO(G World Order) which was influenced by our current state. I also have an album with my brother Mak7teen called “Your Worst Nightmare,” and my long awaited “Kapital Business” album will be out this year as well. I’ve just been working and building relationships and staying busy.

What have you been listening to lately?
During the pandemic I’ve been listening to a lot of Pop Smoke. That was my favorite new young artist that was making noise. Also, I listen my usual go-to’s like 2pac, Tech N9ne, Lil Wayne, Twisted Insane, Eminem, and T-Rock. I just listen to real legit spitters. Also my RnB like Jodeci, Tank, Mary J. Blige, Dru Hill. That’s what inspires me, just talented artists.

How have you stayed active/creative during the pandemic?
I felt so honored to be nominated for a sammie award last year! I appreciate all of my fans so much, It means the world to me to know that my music makes a positive impact on the music listeners of Sacramento and beyond.

How have you stayed active/creative during the pandemic?
During the pandemic, I have shifted my focus on content creation, as well as music production. I released a solo EP, and the band and I have released a couple singles along with music videos. I have seen a lot of growth on my Spotify and IG, it is my main goal to supply everybody with rock n roll entertainment during these uncertain times. I have learned a lot about myself as an artist, and I want to keep creating music no matter the circumstances.

According to Bazooka, nominee, Folk/Bluegrass

How did you feel about being nominated last year?
The band was excited when we heard ‘According to Bazooka’ had been nominated for a 2020 Sammie for folk/bluegrass. Participating is fun and we love that the SAMMIES spotlights local music. 2020 made it our 3rd year being nominated. With great memories of hanging out at the 2019 art reception, we were excited to see what creative events might be coming.

How have you stayed active/creative during the pandemic?
Writing songs, doing socially distance practices and Facebook Live shows outdoors, and recording our songs. We’ve done some virtual events including a Twitch TV show. We had just started work on a new album in February when we had to put recording on hold until things calmed down a bit. Now it’s a 12-song album and we are taking our time working with David Houston as producer. The Facebook Live events have been a regular way to stay connected with fans. They chat in the comments and we respond live and it makes for a fun event.

Find According to Bazooka on their Bandcamp page.

Be the first to comment on "Checking in: SAMMIES 2020 winners and nominees"