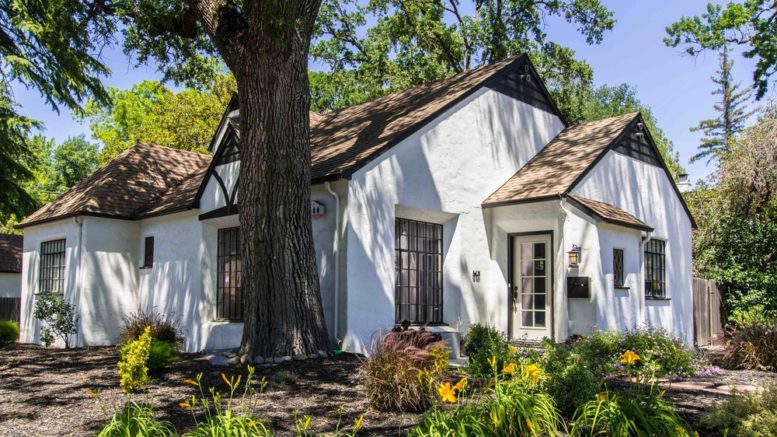 Woodlake always was meant to be different.

Developers dubbed it “Sacramento’s Pasadena” and compared it to other tree-studded neighborhoods such as Chicago’s Lake Forest and San Francisco’s Saint Francis Wood. With a man-made lake and centuries-old oaks, Woodlake evoked that same country estate feel, only five minutes from the state Capitol. With its first homes built in 1922, Woodlake ranks among Sacramento’s older neighborhoods, yet it’s still little known to many city residents.

“I mention Woodlake to people who have lived in Sacramento all their lives and they say, ‘Where’s that?!’” said Luis Sumpter of Preservation Sacramento. “They don’t even know it’s there.”

On Sunday, Sept. 15, hundreds of people will be discovering Woodlake for the first time during Preservation Sacramento’s annual historic home tour. Five examples of Woodlake’s classic styles plus one historic office building will be featured during this popular event.

Now in its 44th year, Sacramento’s longest running home tour usually sticks to the grid, said Sumpter, Preservation Sacramento’s tour chairman. This is only the second time the event has ventured into an outlying neighborhood.

“It’s a treat to walk through this neighborhood,” Sumpter said. “It’s incredibly charming. It’s a 1920s piece of Americana.”

Carved out of the former pastures of developer and horse breeder James Ben Ali Haggin’s Rancho Del Paso, the tract was billed in 1923 as “Sacramento’s most beautiful suburban residential park” and “the most exclusive” of new subdivisions in what was then North Sacramento, according to Catherine Turrill Lupi, Preservation Sacramento’s historian. The English flourishes were an important part of its marketing.

“One of the 1925 advertisements, illustrated with a drawing of a Devonshire-style cottage on Oxford Street, even described the occupant whistling a tune from ‘Robin Hood’ after commuting from the city office to his quaint suburban home,” Lupi said.

British-born and trained architect Arthur R. Widdowson, who created many fairy tale-style homes in Sacramento, added his touch to Woodlake with Tudor- and Elizabethan-inspired designs. Spanish Colonial or Mission Revival, two sought-after styles in 1920s California, were added to the eclectic mix.

Early Woodlake homes were expensive and exclusive by design, Lupi said. But there also was a “shameful part” of Woodlake’s history: racially restrictive covenants. Lupi cites a 1939 deed that demanded that “the property would not be owned, rented or occupied by anyone who was not entirely Caucasian.” Such deeds and practices were outlawed by the federal Fair Housing Act of 1968.

Now part of a vibrant and diverse community, Woodlake still has many of its old oaks, Tudoresque cottages and English street names.

“Woodlake residents are extremely proud of their neighborhood,” Sumpter said. “It’s like Land Park but without the hustle and bustle.”