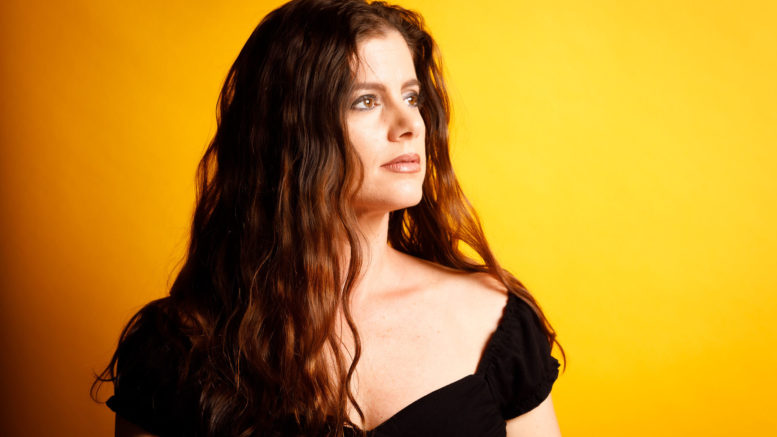 Blues performer and two-time SAMMIES winner Katie Knipp has just been given another honor to tuck under her belt. Early yesterday morning, Knipp learned she hit the Billboard Blues top ten for the second time in a row. While 2018’s Take It With You landed in the number ten spot, her newest, The Well, shot to number four straight out of the gate.

Knipp credits her band – Neil Campisano on drums, co-producer Zack Proteau on bass, Chris Martinez on electric guitar and Otis Mourning on sax – to The Well’s success. That, and the work of co-producer and engineer Dustin Ryan. Knipp herself played keys and dobro on the album, in addition to singing.

SN&R spoke to Knipp a day after she had a chance to absorb the Billboard news.

Number four on Billboard in its first week is really quite an accomplishment. Do you attribute that to a really strong fan base?

Yeah, I think that since the last time I charted my fan base has grown by about 50%, and I kind of calculate that just by the number of CDs and stuff that have been sold. During this pre-sale I keep selling out on Amazon, sending them more, it’s really exciting. I’ve been chipping away, acquiring, you know, a fan base for about 20 years. I’ve been at this for a long time, so everything’s just kind of ramped up pretty quickly.

Yeah, and this is an interesting time for things to be ramping up because there are no live performances, so it is actually harder to find new listeners to you as an artists. Have you had any luck with streaming… like Spotify, do you think people are discovering you through those services?

I think that getting on Pandora last year was very helpful. Pandora still only accepts about 3% of all submissions so, unlike Spotify, where anybody can upload to Spotify, Pandora is very, very picky. And so, I think that my audience fits in with that, so I noticed that they put me on a lot of artists stations I really like.

And then I just signed on with a record label to handle my digital distribution. So, all of those platforms, Spotify, iTunes, Pandora, Apple Music, they’re all handled by them. And because they have the major label backing, they are able to give me a stronger foothold to the audiences out there, because it’s really hard to get noticed on a place like Spotify, with upwards of 40,000 new songs uploaded a-day. So, you can imagine as an independent artist, how hard it can be to be noticed. It’s like a needle in a haystack.

So you released this last album independently and it’s charted on Billboard?

Yes. So, I’m still handling the physical distribution of the CDs. and Heart Song Records teamed up with me to do the distribution digitally.

So you still have a lot of physical sales then.

Yes, and so many that for the first time ever – this is my sixth release – I’m looking to press more CDs, which I’ve never done ever.

Wow, that’s really exciting. We touched on this a little bit because of the SAMMIES Q&A recently, but let’s revisit it. How are you staying creative right now?

I’m always writing new material, basically. And I’m super, super busy, because I have a four-year-old and a six-year-old. So, I’m wearing the mom hat there, and I’m also a piano teacher. And so, I’ve still maintained all of my students over FaceTime, you know, during the worst of the pandemic. I’m always, always looking ahead to the next project, so I’m already writing for it, even if it’s just a sentence in a-day of lyrics, like it’s something. So, I’ll use my phone’s notes app. Any idea that comes to mind, I’ll write it down and then address it when I have a second, which is very rare actually. There’s a lot of bored musicians out there – but I’m not.

That’s definitely very pandemic lifestyle, I think…Do you record from your home studio or did you record somewhere else?

No, we used a super pro-studio. It was Papa Roach’s old place actually, in Sacramento. My bass player is Zach Proteau and the engineer [was] Dustin Ryan. They already work out of that studio, [doing] commercial work … It’s a dreamy studio. It was big enough to allow us to record under COVID restrictions. It was very large, and we were able to separate ourselves and stay masked while we recorded in November, and it all worked out.

How did you celebrate when you found out about the number four spot?

There wasn’t a lot of time for celebration. I’m busier now. So, I had a glass of wine with dinner, but I’m so busy all the time, you know, I was up at five o’clock in the morning yesterday so that I could get ready to do a live video of checking the [Billboard] charts for the first time, because charts are east coast. So, I was Facebook Live-ing at like 6:15, capturing that moment, and busy with the kids; and before I knew it, I was doing that Zoom interview and it was around dinnertime and I still hadn’t showered. So, it’s wonderful to be busy, I’m very fortunate that way.

Excellent, and so were the kids awake with you at five in the morning? They are at 6:1

Editorial: Combating the pandemic blues with California sunlight and the sounds of Sacramento