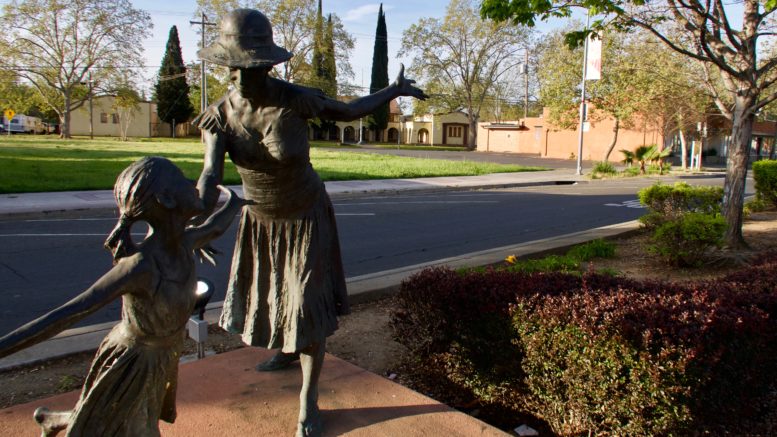 A new national study on the mental well-being of students during the pandemic comes in the wake of Sacramento tragedies. (Photo by Scott Thomas Anderson)

A question haunting Sacramento leaders and educators for nearly a year has become more pressing as the COVID-19 lockdowns drag on: With most schools closed to in-person learning, what impact is prolonged social isolation—and for some, the lack of a safe space—having on area students?

A national report on the subject is causing more alarm than ever.

The company says it employed machine learning technology to watch for specific content associated with harmful behavior as it monitored more than 3 billion items within school accounts. Gaggle’s analysis found an 83% increase in the volume of threats of suicide or self-harm among students over the previous year, coinciding with pandemic-mandated school closures. Gaggle identified 36,424 such incidents in 2020 versus 19,956 in 2019.

“In all of my years as a clinical psychologist, I have never faced the magnitude of pain and suffering families are facing,” said Lisa Strohman, a UC Davis-trained psychologist who founded the national Technology Wellness Center. Strohman reviewed the report and characterized it as startling.

Gaggle’s study was released Jan. 26, just two days after the New York Times reported on a school district in Clark County, Nev., that was forced to reopen after experiencing 18 student suicides during the lockdown. According to the Times, it was double the district’s suicide rate from the previous year.

Closer to home, on April 6—some three weeks into California’s first stay-at-home order—two teen students in the Natomas Unified School District committed suicide.  They reportedly didn’t know each other. The tragedies were first brought to light by City Councilwoman Angelique Ashby, who implored fellow council members to identify more ways to support students and improve mental health services during the pandemic.

Then, in December, an 11-year-old student at Woodbridge Elementary School in Lodi shot himself in the middle of a Zoom class. The boy’s family has suggested it was an accident rather than suicide, but the microphone and camera were turned off when he pulled the trigger, leaving an open question.

Daniel Simpson, a licensed psychotherapist in Amador County who’s spent years counseling teenagers, said from what he’s seen with clients in the last 12 months, there’s no doubt the pandemic and school closures are taking an increasing toll on youth.

“The depression has gone up because there’s so much isolation,” he told SN&R. “It’s like being in prison, and if you take someone in prison and put them in solitary confinement for a long period of time, they’re going to go kind of nuts.”

“Kids don’t always see when this is happening to them because they do have some connections—video games and social media—but they’re not healthy connections,” he added. “It’s hard for some of them to realize there’s no substance to that, and that’s why they’re feeling alone.”

Simpson also wasn’t entirely surprised by the other insights from Gaggle’s recent study, which found that incidences of violence between students increased by 63% over the previous year, while incidents involving drugs or alcohol increased by 59% and incidents of students sharing nudity and sexual content jumped by 135%. He said that any increase in behaviors such as online bullying or sexting during the pandemic likely mean that prolonged school closures are exacerbating a major problem he and other psychotherapists were seeing before COVID-19—internet addiction.

“There are so many kids who are on electronics all day long with very little, or no, supervision,” he said. “I’ve seen clients whose sleep is so out-of-whack because they’re spending 12 hours in the same day on YouTube and Tik Tok. Studies have shown that being on video games and social media offers a dopamine effect in the brain, but when these students are finally forced to get off by a parent or someone else, they’re physically crashing.”

The Gaggle report’s final point of concern involves the ages of students enmeshed in these troubling trends, including thoughts of self-harm and sharing sexual content. It shows a significant increase in incidents occurring among elementary-age students. During the start of the 2020–21 school year, elementary students accounted for about 13% of incidents, compared to just 4% during the same time frame of the 2019–20 school year.

Jeff Patterson, Gaggle’s founder and CEO, said that for many students, the isolation they’re experiencing has been coupled with “immense stress” they’ve felt over the last year because of national tension in politics and civil rights, contributing to a potential unprecedented mental health disaster with youth.

“This dramatic increase in safety incidents at our schools is extremely troubling,” Patterson said in a statement, “and we all need to take this data very seriously.”