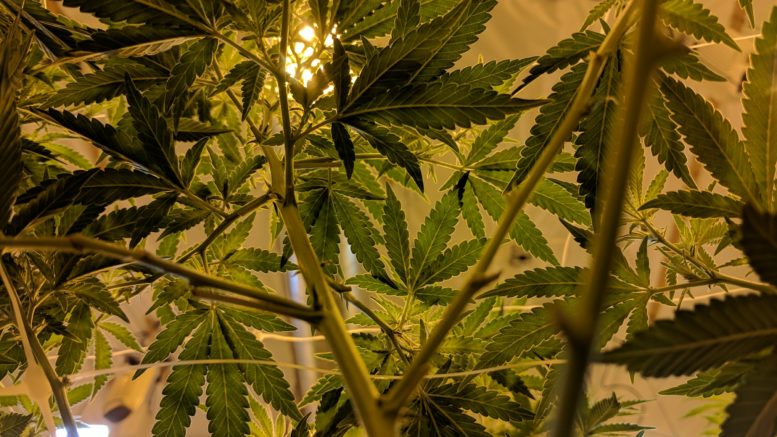 Photo by Drew Taylor on Unsplash

Hey! Happy Holidays and all that stuff. Got any predictions for the new year?

But my guess is that weed is gonna be even more legal all across the country by 2022. A few things will need to happen.

First, the feds will have to decriminalize. On Dec. 4, the U.S. House passed the MORE Act, which would decriminalize cannabis, let people out of jail and expunge criminal records. It’s the first time a chamber of Congress has taken such a vote.

The bill would also add a federal cannabis sales tax, which would make cannabis even more expensive, but let’s not worry about that yet. Keeping people out of jail is the number one priority.

Of course, the MORE Act isn’t going to see the light of day in the Senate before the current session ends, because Majority Leader Mitch McConnell is a good-for-nothing obstructionist.

By the way, it’s funny that 95% of congressional Republicans, who always claim they want small government and more personal liberty, voted against a law designed to give people more freedom.

But anyway, if the good people of Georgia vote Jan. 5 to send two Democrats to the Senate, McConnell would no longer be in charge, and legalization via the MORE Act could be on the horizon. Failing that, when he takes office, President-elect Joe Biden could issue an executive order removing cannabis from the list of Schedule 1 drugs, which would be defacto decriminalization, because the Drug Enforcement Administration would no longer need to go after people for using or selling cannabis.

Internationally, Mexico is once again (but seriously, this time) about to legalize adult-use cannabis. The Mexican Supreme Court has set a Dec. 15 deadline for its congress to pass a law. Mexico would join Canada and Uruguay as the only countries to have nationwide legal weed.

Oh, and before any International policy wonks start to chime in with “BUT THE UNITED NATIONS SAYS THAT WEED IS BAD AND LEGALIZATION WOULD VIOLATE INTERNATIONAL LAW,” let it be known that the U.N. Commission on Narcotic Drugs just voted to remove cannabis from its list of dangerous narcotics, clearing the way for more countries to legalize without jeopardizing any international treaties. (As if pot was even a narcotic to begin with. Cannabis is really more of a mild euphoric.)

So weed stays winning. A COVID-19 vaccine is on the way, and by this time next year you could be on a nationwide or international cannabis tasting vacation. Stay safe, wear a mask, wash your hands, don’t share joints and have a great holiday season and a happy new year.

Ngaio Bealum is a Sacramento comedian, activist and marijuana expert. Email him questions at ask420@newsreview.com.

Essay: The case for reparations

Be the first to comment on "Weed keeps winning"