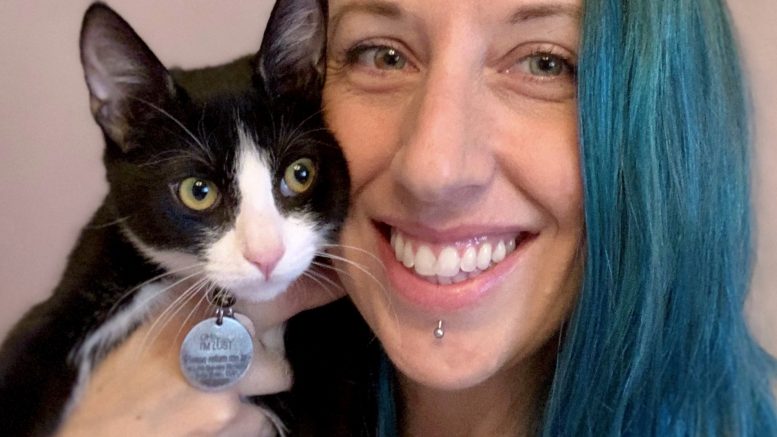 There’s a persistent rumor that circulates each Halloween that animal shelters refuse to adopt black cats near the end of October. It’s about as real as the “satanic panic” of the 1980s, when hand-wringing mothers fretted over the potential hidden messages in their children’s heavy metal LPs. Sarah Varanini of the Sacramento SPCA debunks the myth and explains the benefits of adopting an older feline and how a cat ends up being named “Count Chocula.”

Is it urban legend that shelters won’t adopt black cats around Halloween?

Each shelter is different…[that’s] been passed around for years and years and years, but it’s been debunked by the ASPCA…[and] by quite a few [other] organizations. But it’s something you definitely see start being spread around on social media every year. But we do not have any sort of ban on adopting black cats around Halloween.

We are so happy and thrilled that so many people right now want to adopt…and it’s a wonderful time. A lot of us are home…much more often, which allows you to bond with that pet even faster… [It’s] been wonderful for us to find homes for animals that in pre-COVID times would have taken much, much longer.

Is there time of year where you have more animals in the shelter than you would at another time of year?

There is a season called kitten season, which is basically whenever it’s warm outside…That’s when stray cats are out mating and having litters. So [by] September, October…the kitten population skyrockets.

Adopters…come in droves to adopt all the kittens once they’re big enough. [But] that season also tends to result in a lot of adult cats hanging out in the shelter. People come in and they want the cute, tiny kitten versus the seven-year-old adult cat. But this year, you know, we haven’t really seen that because people are just clamoring for a companion and they are more open to taking an adult cat than maybe they would have in previous years.

What would you want to tell someone who might be reticent about adopting an adult or even a senior cat?

Well, the great thing about adult cats is that you know what you’re going to get…And for a lot of these adult cats, we do have an owner history, so we can tell you that if you’re looking for a lap cat, we can tell you that this cat loves sleeping on laps and slept on its owners bed every night…versus a kitten [who can be] wild and crazy for a period of time where they go through the terrible teen stage and you don’t know what you’re going to get as they grow up.… An adult cat is…much more relaxed than the teeny tiny kittens.

When you have animals that weren’t surrendered, they are named in-shelter. When you approach Halloween, do you tend to give those animals cuter, spookier names?

In the next month or two, you’ll, you’ll probably see a lot of Pumpkin Spice or Chai Latte. We try and stay away from [Halloween-style names]. We’re not going to name a cat Vampire or something like that. But I’ve seen a Count Chocula before, that’s very cute. We’ll see, like, Spooky, or a lot of pumpkin names, and even pirate names come up around this time of year. I would say food- and fall-themed, usually more than specifically Halloween names.

Be the first to comment on "Fifteen Minutes: Sarah Varanini, Sacramento SPCA"