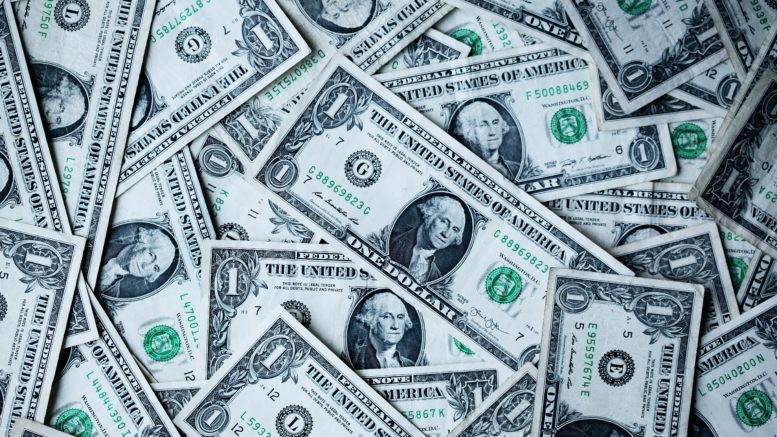 Mai Vang had been leading the campaign money battle over Les Simmons in their contest to become the next Sacramento City Council representative for District 8.

But a late surge of real estate money has helped Simmons go in front.

An independent expenditure committee funded by the California Association of Realtors has spent about $77,860 in support of Simmons and against Vang. In an Oct. 24 campaign filing with the city, the committee reported another $10,500 for mailers and polling.

Another IE group funded by the National Association of Realtors has gifted $33,000 in support of Simmons as of Oct. 5, according to the most recent campaign filings with the city.

A group of pastors has sent a letter demanding that the two union locals apologize for, and that Vang disavow, what they call a racist flyer. Its imagery and narrative “promote the false and racist narrative of Black men as grinning, greedy, and incompetent con artists whose primary goal is to enrich themselves by avoiding work and having little to no regard for personal responsibility,” the letter says.

The pastors also write that the flyer “calls up the negative stereotype of the Black prosperity preacher who takes from his congregants, lives beyond his means, and delivers little to his community. We find your insensitivity appalling, particularly in a period in which we all are being called upon to reevaluate the role of anti-black racism in our nation. In short, the mailer is morally bankrupt as it crosses the line from vigorous campaign debate to racially offensive promotion.”

UPDATE: The leaders of the two union locals reply that the failure of Simmons to pay city water and garbage bills is fair game. “Everyone has a legal obligation to pay their City garbage and water bills,” they wrote to the pastors. “Candidates who are asking their fellow citizens to vote them into City office have that obligation as well, probably more so.”

Tecoy Porter, senior pastor at Genesis Church Sacramento, sent an email in reply: “While I am disappointed that you did not acknowledge the issues raised in our letter, it is my hope that as a union leader, you will one day be open be participating in the community conversation going on right now about race, discrimination, and inherent bais. Depictions of African Americans that perpetuate negative stereotypes cannot be tolerated.”

The real estate support for Simmons seemed somewhat curious because real estate groups have also pumped boatloads of money into trying to defeat the Sacramento rent control measure on the Nov. 3 ballot—and Simmons had said in his endorsement interview with SN&R that he supports Measure C. He says he often get calls from people who can’t afford their rent or have a problem landlord.

But his campaign clarified Thursday that he opposes Measure C and instead supports the rent control ordinance passed last year by the City Council.

“Last year the City Council passed an historic rent control measure, worked on with all stakeholders at the table, from housing advocates and renter groups to labor, realtors and apartment owners,” the campaign said in a statement. “He believes what the proponents of Measure C are doing is breaking their word and undermining efforts to build more affordable housing in the city. The way to bring rent prices down is to build more affordable housing, and that’s what Les believes we should be focusing on.”

His campaign also pointed out that according to state law, independent expenditures cannot be coordinated with candidates. It added in a statement that Simmons “is proud to be endorsed by many individuals and organizations, including Sacramento’s realtors, teachers, organizations representing working men and women, small businesses and others because of his strong record of real leadership for social justice, affordable housing, police reform and responding to the COVID-19 pandemic.”

“Les Simmons is proud to be endorsed by many individuals and organizations, including Sacramento’s realtors, teachers, organizations representing working men and women, small businesses and others.”

For her part, Vang, who backs the rent control measure, calls the Realtors cash to Simmons a “dark money” attack on her grassroots campaign, as she tweeted after a campaign event Wednesday night and again Thursday.

“I’ll never stop fighting for renters and working families,” Vang said in a statement. “My opponent is endorsed by the Realtors and the same people opposed to affordable housing; they don’t like my position on making housing less expensive and evictions less frequent.”

His campaign finance reports, however, do not include all the Realtor money.

Vang also has an interesting recent donation. On Oct. 10, the city firefighters union gave her campaign the maximum $5,850. The firefighters and Vang are on the same side opposing the “strong mayor” measure.

“I’m proud to have the endorsement of our essential workers–the California Nurses Association and Firefighters Local 522,” Vang said in her statement.