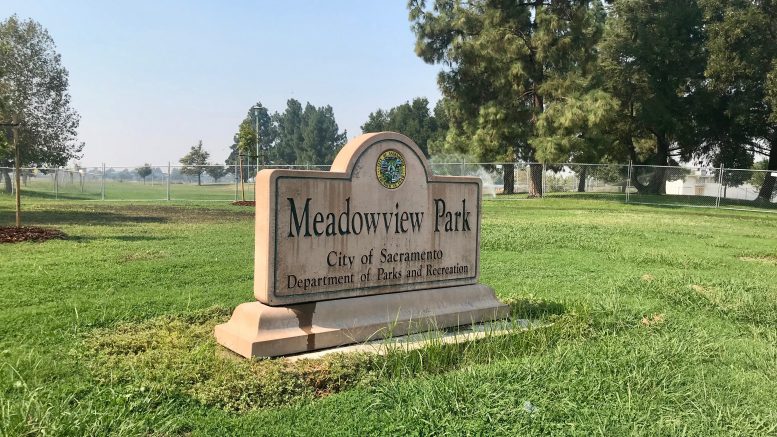 Campaigning for one of the most hotly contested local races came to a standstill in April due to COVID-19, with both Pastor Les Simmons and Sacramento City school board trustee Mai Vang pivoting their attention to community support. Now, each is making a final argument for why they should be the next City Council member for District 8.

As senior pastor of South Sacramento Christian Center, Simmons knew that he’d have to take the lead assisting thousands of people who were suddenly hurled into unemployment. Working with long-established community partners, Simmons and his church leadership team began feeding roughly 1,000 people a week through curb-side pickup and food deliveries. Thanks to help from the Sacramento Kings and Twitter CEO Jack Dorsey, the church was able to distribute some 45,000 masks. Simmons also used his church to host the only free COVID testing site in the district early on in the pandemic. All of this, Simmons says, has only made him more prepared to take the helm at City Hall.

“I don’t need to put 25 surveys together to know what the needs are,” he said. “I know what they are because I’m living them.”

For her part, Vang spent the onset of the pandemic working with school district staff to address the unfolding education emergency. That included providing Wi-Fi connections in underserved neighborhoods for distance learning, was well as donating more than 28,000 laptop computers to students. Additionally, SCUSD campuses served some 3 million meals to kids.

“The most important thing was making sure the students’ safety needs were met,” Vang said. “Many times, our school sites are a student’s only safe haven.”

Vang also re-directed the efforts of her campaign team to doing wellness checks on residents they’d met while canvassing District 8 before the March 3 primary, when she nearly won the seat outright and finished 1,400 votes ahead of Simmons.

With the continuing pandemic, “we’re not canvassing at all, but we are phone-banking,” she said. “We’re just going to have to be innovative.”

Both Simmons and Vang agree that helping South Sacramento’s economy recover from the lockdowns should be the council’s top priority in 2021. So far, Simmons is not reassured by what he seen from City Hall. He points out that in the first round of emergency business loans from the City, only two were granted to businesses in District 8.

“What we were told by the city is, ‘Oh, we missed the boat on that,’” Simmons recalled. “There wasn’t a lack of businesses, there was a lack of outreach. There has to be cultural brokers and real community mechanisms to on-ramp businesses to get that kind of support. We can’t afford for anyone to miss the boat in my district.”

Vang also recognizes how economically hard-hit neighborhoods in South Sacramento are now at a breaking point because of the pandemic.

“COVID doesn’t discriminate, but the system does,” she said. “This virus really makes you think about the basic necessities communities need to survive.”

Simmons and Vang are also both campaigning on how to recalibrate policing in Sacramento. Simmons, who’s worked on police reform issues for years, says the timing feels right for a new path with the ongoing protests.

“I think we’re in a moment we’ve never seen before,” he said. “The momentum for re-imagining things is really high. At the same time, the racial divide, nationally, is really high, too. The path forward will require the ability to bring people together.”

Be the first to comment on "Simmons, Vang prepare to settle hard-fought campaign"