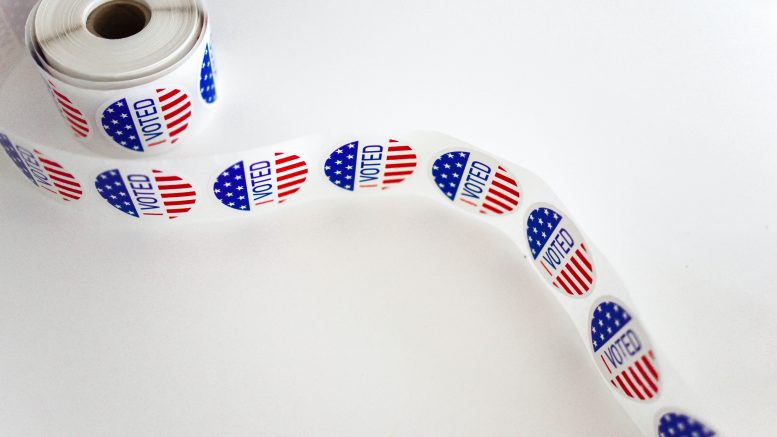 Editor’s note: The pandemic causes complications, but the biggest problem so far is Sacramento voter guides not going out on time

With mail ballots arriving this week, the Sacramento County registrar of voters briefed county supervisors on Tuesday about all the preparations in place for the unprecedented Nov. 3 election.

But there was one problem that Courtney Bailey-Kanelos didn’t mention: About 70,000 Sacramento voters haven’t yet received the local voters guide that includes a sample ballot, information on voting and information on candidates and measures.

A county spokeswoman said Wednesday that most voter guides had been mailed Sept. 24, but the elections office heard this week from a handful of voters who hadn’t received them. After checking with the vendor, the office learned for the first time that the thickest guides—the ones for the city of Sacramento with information for three city ballot measures—had been delayed.

UPDATE: In a later statement, the county said they were delayed because of the late addition of Sacramento’s Measure C, the rent control measure that a judge ordered on to the ballot. “Due to that late addition and subsequent redesign” of the voters guide, “there was a delay in printing and mailing,” the county said.

The guides have been mailed and should arrive in the next few days, the spokeswoman said. Until they arrive, the guide is also available online.

“We are sincerely sorry for the delay and inconvenience this has caused our voters,” the statement added.

At the supervisors meeting, Bailey-Kanelos did provide lots of other details on how her office is handling what could be the most contentious and scrutinized election in recent times.

Mail ballots: Ballots were mailed Oct. 5 from the U.S. Postal Service facility in West Sacramento and, despite national concerns, there don’t appear to have been any delays. If voters haven’t received their ballot by the end of this week, they should contact the elections office. Due to the pandemic, all registered voters in California are getting ballots in the mail. Sacramento County started doing that in 2018, so has a head start.

Registration and turnout: There are about 866,000 registered voters in the county, and with 1,000 new registrations a day, that total will likely hit 900,000 by Nov. 3. Due to expected high turnout, the number of ballot drop boxes was increased from 50 to 70, which are available now. Since 2018, about half of Sacramento County voters have cast their ballots in person or dropped off mail ballots on Election Day. But there may be more early voting this year.

Voting in person: Eighteen vote centers will open starting Oct. 24 and another 66 on Oct. 31. All 84 will be open on Nov. 3. Voters don’t have to bring in their mail ballot to cast their vote. As usual, voters in line by 8 p.m. on Nov. 3 will be allowed to vote.

COVID-19 precautions: The elections office is following a 21-page plan of safety protocols, including protective equipment and voting center layouts. Poll workers will not turn away voters who don’t wear masks, but will ask them to wait until workers can put on face shields and there can be social distancing. “The biggest concern we have is there’s an altercation over masks,” Bailey-Kanelos said.

Polling place security: If voters or poll watchers harass, threaten or intimidate voters or poll workers, they will be asked to leave. If they don’t, law enforcement will be called. The elections office has met with the Sacramento County Sheriff’s Office, which has a list of all vote center locations.

Mail ballot security: Once voters cast their ballot, they can check it with a statewide track your ballot option. Signatures on mail ballots are verified, and if they’re missing or don’t match the voter’s signature on file, the voter is contacted to fix it. Of missing signatures in the March primary, 50% were fixed, but of non-matching signatures, only 18% were. No one can sign for someone else, even those with power of attorney.

Election results: The results will be more delayed than usual because of expected long lines for social distancing at vote centers and because mail ballots arriving as late as Nov. 20 will be counted, as long as they are postmarked by Nov. 3.

While the elections office can start checking signatures and otherwise processing mail ballots as soon as they arrive, it cannot start counting votes until 10 days before Election Day and cannot announce any results until 8 p.m. Nov. 3. After Nov. 3, there will be live streams of ballot processing and counting. Final results must be certified by Dec. 1.

If voters have more questions, they can attend a webinar with Bailey-Kanelos, via Zoom. They are scheduled for 7 p.m. Thursday, 2 p.m. Oct. 14 and 7 p.m. Oct. 20. Questions can be sent in advance by email at VAACinfo@saccounty.net.

Be the first to comment on "The COVID election"