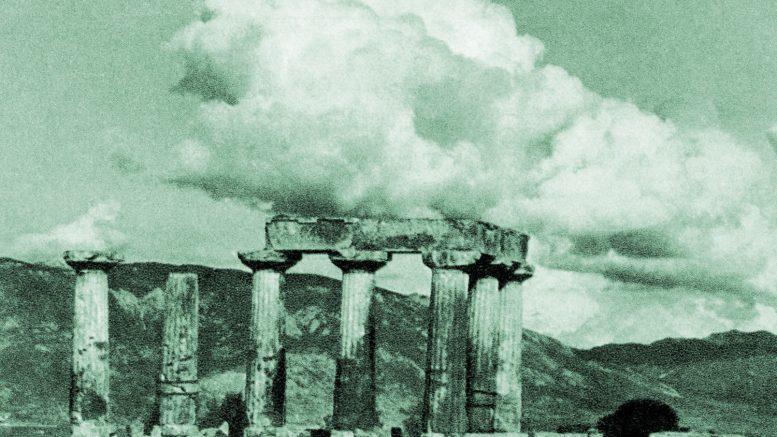 Free Advice, by four-piece San Francisco-based band Cindy, has its limited-edition vinyl release later this month on Sacramento’s Mt.St.Mtn label. The album is a co-release with Bay Area’s Paisley Shirt records, and their tape version of the release has already sold out.

This record is—in the best way—not for dancing; it’s for swaying. Or, to make my recommendation hyper-specific to Sacramento, it’s a record to be absorbed while laying on your floor under your wall-unit AC on 100-degree-plus days.

It’s a beautiful record, measured and slow, balancing sparseness with quiet harmonies. Vocalist Karina Gill’s delivery is nearly deadpan; on Free Advice she’s speaking more than singing, as on “CSI-Creeptown,” one of my favorites from the album. Her lyrics can come with a fair amount of space in between; they demand listeners pay closer attention to ensure they catch each sentence.

Cindy’s slow jangle invites comparison to Velvet Underground circa 1969 and Galaxie 500. The percussion is even more spare—deliberate—than Galaxie’s. It works: anything more would overwhelm the delicacy of the rest of the instrumentation.

The bass only makes itself known when needed, and there’s a fair amount of Omnichord here—and instrument with which I’d never really noticed elsewhere before, but that caused me to pause between Free Advice listens to dive down an hour-long YouTube rabbit hole.

Cindy and Free Advice are the welcome, echoey lull that I didn’t realize I needed this summer. Watch their video for “Fixed Idea” for a sample track from Free Advice, but really, don’t hesitate to buy the record. Vinyl is limited to 100 copies, with preorders on the Mt.St.Mtn site until Aug. 28.

Be the first to comment on "Music review: Free Advice, Cindy"