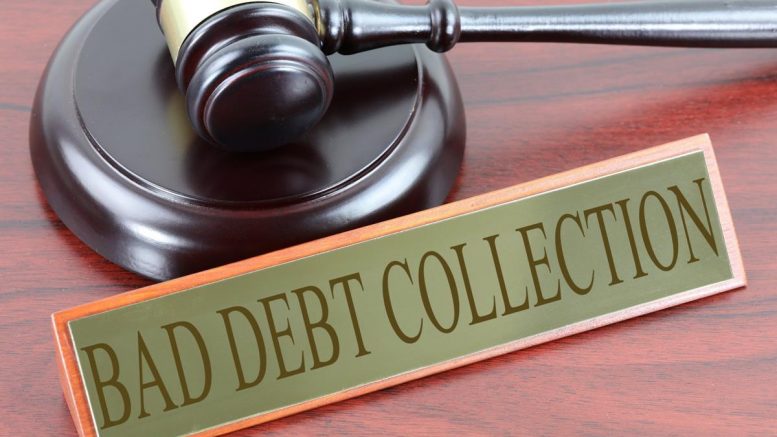 The most litigious debt collector in Sacramento County—and possibly California—is retreating from courthouses following an investigation by The Guardian into the company’s aggressive business practices against its Latino clientele.

Oportun Inc. filed zero small claims cases in Sacramento County through the first 12 days of August—discontinuing a years-long streak of being the single biggest source of debt collection lawsuits in Sacramento and beyond.

As The Guardian’s analysis by this reporter showed, Oportun filed more than 30,000 collections lawsuits last year in just 20 California counties. The San Carlos-based company kept up that torrid pace even as the economy cratered, suing at least 14,000 of its customers through the first half of 2020.

“It’s a huge amount of cases,” said Noah Zinner, the regional managing attorney at Bay Area Legal Aid. “The litigation of collection cases during this period really needs to come to a halt until consumers aren’t at a clear disadvantage. They don’t have access to any clear legal services. Areas where they can traditionally get help, they can’t.”

That never mattered to Oportun—until its aggressive legal practices came to light last month. On July 28, the company announced a sudden halt to legal collections. But this isn’t the first time the company has sought to change its image.

Origin of a corporate debt collector

Started as Progreso Financiero in 2005, the company rechristened itself about five years ago in an attempt to expand beyond the Latino market.

Oportun Financial Corp. offers personal loans ranging between $300 and $8,000 in 12 states and auto loans between $5,000 to $35,000 in California only. It also rolled out a credit card in December that it says is “currently available by invitation only.” The company, which does business as Oportun Inc. but is still known as Progreso Financiero in some quarters, has licenses to operate in 23 states.

Before the COVID-19 pandemic hit, business was good.

Oportun boasted $600 million in earnings last year. According to an annual report that the company submitted to the California Department of Business Oversight last year, 93% of its revenue came from interest paid by customers.

Oportun charges interest rates between 30% and 70%, its filings reveal.

The company was also aggressive in the legal collections arena, papering small claims courts across California with thousands of lawsuits against customers who fell more than two months behind on the company’s high-interest loans, often for relatively small amounts.

Oportun continued suing customers through the height of the pandemic’s destabilizing impact on the regional economy, when unemployment reached nearly 13% in June.

Despite Oportun’s track record for selling high-interest loans to Latino customers without access to traditional credit and then suing them when they fall behind on their payments, few legal aid organizations had ever heard of the company.

That’s because Oportun took its customers to court in small claims, which don’t allow either side to be represented by lawyers and where judges can automatically rule in favor of the plaintiff if the other side doesn’t show up, Zinner explained.

Once there’s a default judgment, the plaintiff has 10 years to collect the money plus interest through wage garnishment orders, bank levies and, in some cases, home foreclosures.

California caps small claims judgments at $10,000, which drops to $2,500 for those who file more than two small claims lawsuits a year.

Stumbling onto an avalanche

While Zinner provides legal help to poor residents, he didn’t learn of Oportun until a friend from Ecuador stayed with him and started receiving mail from the company. The weekly solicitations were in Spanish and promised he could build credit by taking out a loan.

After being contacted for the investigation, Zinner decided to research the number of collections lawsuits Oportun originated. Zinner found dozens of filings in the first few weeks after San Francisco became one of the first counties in California to order residents to stay at home, including small claims actions against people who lived outside the county, which “you’re not supposed to do.”

Oportun filed more than 2,500 collections lawsuits in the six-county Bay Area through the first half of 2020. In San Francisco County, where 411 of these lawsuits were filed, Oportun was listed under 48 different name variations, including “Oportun, Onc.”

“It was kind of astounding. It’s clearly part of a business model,” Zinner said of the number of lawsuits. “They have some system for representing themselves that’s proven very effective.”

Oportun representatives say they only used small claims court as a last resort to “reengage” with customers who stopped making payments and cut off contact. But on July 28, faced with questions about the massive volume of collections actions, Oportun’s top executive said the company would dismiss all pending lawsuits, reevaluate its collections practices and cap annual percentage rates at 36%, which took effect Aug. 6 on new loans.

Changing its ways or polishing its image?

David Barrera can breathe a little easier this week.

The 41-year-old San Francisco resident was sued in June by Oportun after he fell behind on paying back an escalating debt from a loan the company sold him in 2018. Both Barrera and his daughter were sued, and given fall court dates to appear in San Francisco Superior Court.

Barrera said Monday that Oportun emailed him it would dismiss his nearly $5,000 debt, a week after his case appeared in The Guardian report.

The sum isn’t significant for a company that reported nearly $143 million in revenues in its recently concluded second quarter, but it represented an albatross for Barrera, who earns $16 an hour as a desk clerk at a residential hotel and is the sole provider in a household that includes his disabled wife, son, laid-off daughter and two grandchildren.

In a scheduled call with investors Aug. 6, Oportun CEO Raul Vazquez portrayed the interest rate cap and stoppage in collections as strategic maneuvers that would help get the company’s products featured in online consumer resource NerdWallet.

The company also announced it signed a letter of intent with fintech lender DolEx that it expects to put its products in 500 retail locations and boost flagging loan applications, which tapered during the shutdown.

“We’re just opening up the funnel to more applicants,” Vazquez said in response to an investor’s question.

Underscoring the fact that Latinos are disproportionately on the front lines of this public health crisis as essential workers—and more likely to fall ill because of it—Vazquez told investors, “We know our customers are very resilient and able to take the jobs that are still available in today’s economy.”

The CEO also acknowledged that small claims actions represented “a stressful escalation” for sued customers, but reassured his investors that the company wasn’t completely changing its stripes.

Be the first to comment on "California’s most aggressive debt collector sued thousands of customers. Now it says it’s stopping."