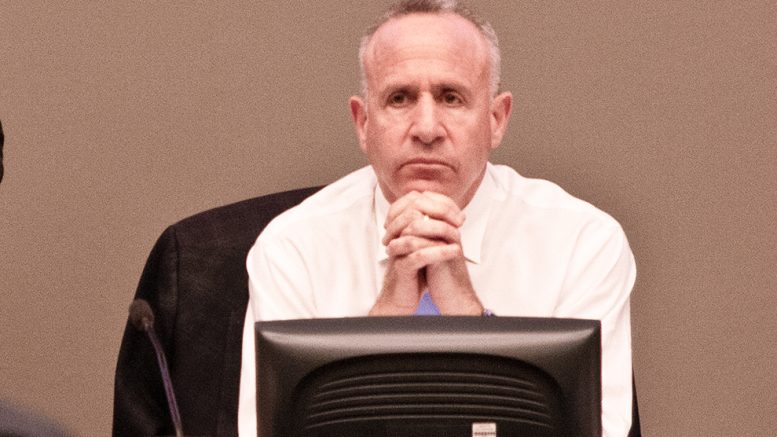 Editor’s note: Steinberg has work to do to get his “strong mayor” plan on the November ballot

After the Sacramento City Council discussed the latest “strong mayor” plan Tuesday night, it does not appear that Mayor Darrell Steinberg has a solid majority to get it on the November ballot.

And while he has room to maneuver, he doesn’t have much time before the vote next Tuesday, just three days before the deadline for an official council resolution to place the measure before voters.

Following the comments from council members, Steinberg told them he knows he has a lot of work to respond to their concerns—and those registered by the public—before next week.

While he has backing for his plan from the Sacramento Metro Chamber of Commerce, the Greater Sacramento Urban League and other heavy hitters in business and labor, Steinberg also faces loud and organized opposition from neighborhood and community activists.

The Sacramento Mayoral Accountability and Community Equity Act of 2020 includes changes to the city charter similar to the measure championed by Kevin Johnson and rejected by voters in 2014. But it also incorporates provisions on racial equity—issues highlighted in recent weeks by the police reform and Defund the Police movements.

On Monday, a long list of community groups and advocates urged that the “strong mayor” and community equity provisions be separated into two measures for voters to decide. The activists—including Councilwoman-elect Katie Valenzuela; Mai Vang, who is in a November runoff for a council seat; and Flojaune Cofer, chairperson of the Measure U Community Advisory Committee—also said the community equity provisions must be made binding due to the “city’s track record of sidelining and ignoring community advisors.”

Tuesday night, several public commenters criticized Steinberg for what they called holding the equity proposals hostage and using them as leverage to get more power.

But Steinberg rejected the calls for two measures, saying that the policy and structural changes fit together.

Under his current plan, the mayor would appoint the city manager, with confirmation by the council, and could also remove the manager. The mayor would propose a budget. And the mayor could veto line items in the budget, as well as ordinances, subject to an override by the City Council with a two-thirds vote.

The mayor, however, would no longer vote on the council. A ninth council district would be added in the 2022 election after the 2020 Census and redistricting.

The plan would also require the city to evaluate the impact of budget actions and ordinances on promoting racial, ethnic and gender equity and on helping small businesses. And it would require that the city invest $40 million in left-behind neighborhoods, as pledged in the Measure U half-cent sales tax increase in November 2018.

Steinberg needs four votes on the council, besides himself, to get the measure on the Nov. 3 ballot.

Council members Steve Hansen, Rick Jennings and Jay Schenirer seemed open to letting the voters decide, though they all had specific concerns about the charter changes.

And council members Angelique Ashby and Eric Guerra appeared to be on the fence. Ashby raised the possibility of term limits if the mayor gets more power.

Critics say the charter changes, first unveiled July 23, are being rushed. But Steinberg and others argue that they have been debated for years.

The mayor and his supporters also say that the police reform debate and the economic crisis caused by the COVID-19 pandemic show that the mayor needs more authority to act decisively.

But some council members and members of the public told him that the middle of a public health crisis and social unrest is the wrong time to have a campaign on fundamental changes to how Sacramento is governed. It would be difficult to hold public forums or to run a grassroots campaign, they said, and this contentious issue would further divide the city.

Harris read from a memo issued by San Jose Mayor Sam Liccardo, who pulled his “strong mayor” plan on Monday, the day before the city council there was scheduled to vote. Instead of a November measure, he’s now proposing a charter review commission and a vote in November 2022.

“We need to unite as a city, not fight with each other,” Liccardo wrote. “We collectively face too many threats—COVID, a severe recession, looming risks of widespread evictions, growing homelessness, and deep concerns about racial injustice and policing—and we can’t have our local community distracted by a deeply divisive political campaign.”

To win the day, Steinberg will need to make a compelling case why Sacramento is any different.

Inside an officer’s secret police file

Be the first to comment on "A close and complicated call"