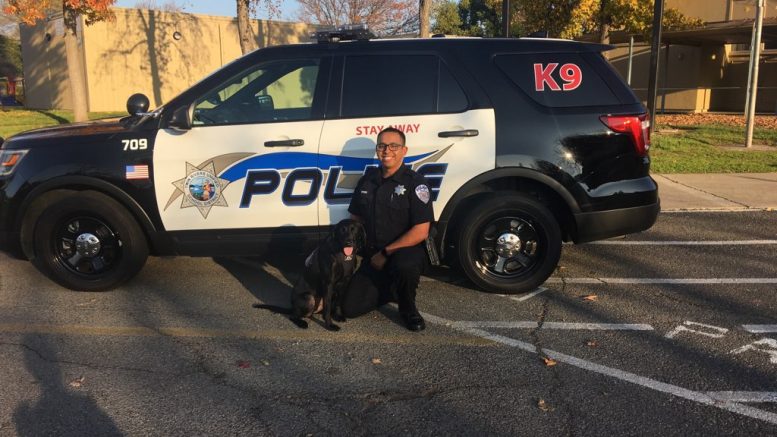 In the nationwide wave of police reform, a growing number of school districts are disbanding their own departments or ending police contracts.

But not the Sacramento-area school district with one of the most troubled police departments, historically.

Twin Rivers Unified is keeping its police force. On Tuesday night, district trustees unanimously approved a 2020-21 budget that sets aside $3.5 million for Police Services, or about 1% of the total $370 million in spending.

One of a few specialized K-12 police agencies in California, it is supposed to protect and serve more than 26,000 students, faculty and staff at more than 50 schools. It is authorized for 21 sworn officers, 5 dispatchers and even a police dog, Bailey.

After Twin Rivers was created from the 2008 merger of the North Sacramento, Del Paso Heights, Rio Linda and Grant Joint Union school districts, there were complaints about the department being overzealous.

A scathing 2012 report by Sacramento County’s civil grand jury alleged missing weapons and widespread corruption in the police department. It also criticized the department for ticketing and towing cars to boost revenue and for responding to calls outside its jurisdiction.

The school district reviewed the department and directed officers to spend more time on school campuses and less time on traffic enforcement in neighborhoods. It also committed to improving relations with the community and with other law enforcement agencies.

Now, Twin Rivers is bucking the trend of school districts going police-free on their campuses, responding to activists and community leaders emboldened by the protests following George Floyd’s death under a Minneapolis police officer’s knee.

On June 25, Sacramento City Unified trustees voted end their contract with Sacramento police as part of the 2020-21 budget. Once it had as many as 20 school resource officers, but in the past two years, the number of officers had already been cut from 8 to 3 and the budget from $1.5 million to $564,000.

On June 24, the Oakland school district board voted to disband its 10-officer force and use the money instead on social workers, psychologists and other specialists. A day earlier, San Francisco ended its police contract.

This is happening even though it wasn’t too long ago that some parents and politicians were demanding greater police presence in schools in the era of mass shootings.

But the movement against police violence has trumped that concern in many places. Just not in Twin Rivers.

Be the first to comment on "Bucking the trend"