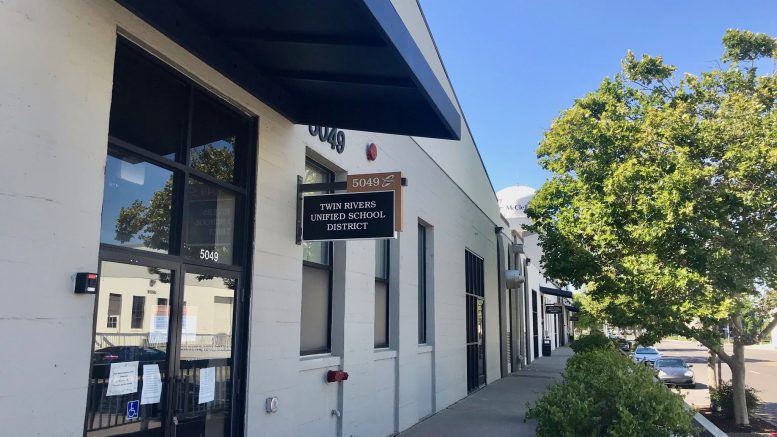 After he alleged mistreatment of students, district investigation accused him of hostile campus environment

Seven days after Twin Rivers Unified School District teacher Mohamed Bashamak shared allegations that district officials retaliated against him for whistle-blowing over their treatment of students and instructors, the two-time Teacher of the Year received a letter from the district stating it had just concluded an investigation—and determined that he was the one responsible for a hostile work environment on campus.

The letter also informed Bashamak that the district is planning “corrective action” against him.

Bashamak says the district’s investigation is just the latest effort to punish him for standing up to its leadership on issues of student mistreatment and poor academic standards—in this case because he agreed to be interviewed for a March 24 story in SN&R.

The district maintains that the investigation into Bashamak started some 14 months prior to him going public. Bashamak responds that since the district is mandated to complete such investigations within 30 days, the timing stretches credulity.

“They are getting back at me for speaking up and going all the way,” Bashamak said last week. “It’s become a story outside their control.”

Bashamak says most of his problems at the Twin Rivers independent study campus called Keema High School began when he challenged its principal Robert Pope on how math was being taught there. Bashamak is a veteran math instructor who’s received glowing reviews from students and parents.

The mother of one student eventually told Bashamak—and later told SN&R—that Pope had revealed privileged, private medical information about Bashamak to her. That witness, Stacy Van Hoose, said that Pope’s behavior was unsolicited and deeply troubling to her. She also recalled that Pope made disparaging comments about Bashamak to her during the same meeting, for no apparent reason.

Undeterred, Bashamak continued raising concerns about safety issues on campus, as well as how math was being taught. Emails provided to SN&R show Bashamak shared these concerns with Gina Carreon, the district’s associate superintendent of human resources and labor relations—and the same official who recently sent him the letter about the investigation.

In May 2018, Pope called police officers to arrest a 15-year-old female student who was on campus. Bashamak was present for some of Pope’s argument with that student. Bashamak says that Pope’s decision to call the police was traumatizing to the student and completely unjustified. Bashamak agreed to be a material witness on behalf of that student, after she and her family had a district investigation launched against Pope.

Several months later, district officials offered to put Bashamak on paid administrative leave until the end of year in exchange for him retiring in January 2019. Bashamak would not agree. Two months later, Pope gave Bashamak a negative job performance review—the first he’d ever received in his career.

Bashamak had repeatedly asked that his evaluation not be done by Pope, a request the district ignored.

Bashamak then filed an unfair practice allegation against Twin Rivers with the state Public Employment Relations Board.

According to the letter Twin Rivers sent Bashamak on April 1, roughly a week after he went public in SN&R, its investigation into him was triggered by a complaint from a fellow teacher in February 2019. That teacher claimed that the month before, that Bashamak had made her feel “uncomfortable, bullied and intimidated.”

Bashamak says the allegation came from a teacher he’d mentioned in his own formal complaint against Pope for allegedly discriminating against African-American staff members at Keema High School.

After the initial complaint, three other staff members at Keema High made complaints against Bashamak, claiming he had launched a “slanderous” email attack campaign against Pope and behaved in other unprofessional ways.

“To conduct an objective and neutral investigation, the District engaged the services of a neutral outside attorney investigator, Liz Paris,” Carreon wrote in the letter. Based on a preponderance of evidence, Paris had determined the complaints against Bashamak were “partially sustained.”

Bashamak says he only found out about the complaints months after they were filed. He also says that when the district investigator eventually contacted him, she never told him the specific nature of the complaints.

Bashamak says that the district violated state Government Code 3543, which mandates that government employees be notified of complaints against them within 5 days and that those complaints be resolved within 30 days of being filed.

The Twin Rivers investigation into Bashamak was concluded more than a year after the first complaint was filed. The timeline has convinced Bashamak that the whole ordeal is more retaliation.

“Twin Rivers denies Mr. Bashamak’s purported assertions that the completion of the investigation was done in retaliation against him for his interview with SN&R or for any other reason,” TRUSD spokeswoman Zenobia Gerald said in a statement. “The timing … had no connection to the timing of when the SN&R article was published in March.”

Bashamak appealed the findings directly to the Twin Rivers school board, and requested that his appeal be handled in open session so he could publicly defend himself.

Instead, the school board opted to discuss Bashamak’s appeal in closed session on May 5. During public comment for that meeting, eight people—former co-workers, students and their parents—spoke up for Bashamak, defending his character and teaching abilities.

Official minutes for the May 5 meeting indicate that the board took no action on the appeal. However, days later Carreon sent Bashamak a letter stating that the board had upheld the investigation’s findings against him.

Two weeks ago, Andrea Price, an attorney for the California Teachers Association, sent a formal letter to the school board asserting that its members had violated the Brown Act by discussing Bashamak’s case in closed session.

“While government code … does allow the Board to discuss personnel and employment matters in closed session, the Board must … report in open session any action taken in closed session,” Price wrote. “I am requesting the board cease and desist any further violations of the Brown Act, and that it nullify the actions taken on May 5.”

Price says that if the board doesn’t comply, Bashamak can take legal action against the district.

Twin Rivers attorney Dannis Kelley responded in a letter, stating that the district disagreed with Price’s interpretation of what the Brown Act does and does not allow.

Now, Bashamak is pressuring the district to hear his complaints against Pope and other district employees, as well as the complaints filed against him, in an open forum.

“They have an obligation to the public and they’re violating my rights to confront the allegations,” Bashamak said. “They can’t do this in a dark room.”