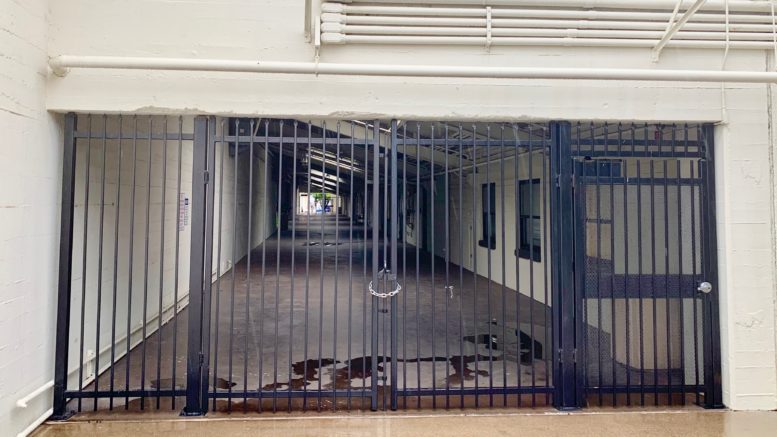 The pandemic has not stopped Twin Rivers Unified School District from having to defend its actions against teacher Mohamed Bashamak in front of a judge. (Photo by Scott Thomas Anderson)

For more than two years, veteran math instructor Mohamed Bashamak has been caught in an ugly conflict with the leaders of Twin Rivers Unified School District. Bashamak maintains he was punished for raising concerns about subpar teaching standards, sticking up for bullied co-workers and agreeing to be a witness for a student’s family during an internal investigation into Bashamak’s principal.

After a four-day hearing, a judge for the California Public Employment Relations Board ruled that Twin Rivers had indeed retaliated against Bashamak and violated state law in handling his personnel issues. The ruling came down in mid-December, but by that time, the district had already hit Bashamak with a 15-day suspension without pay.

Now, the district is facing a cease-and-desist order from the state, while Bashamak waits to see if the recent suspension will affect his teaching credentials.

“These people don’t believe in the rule of law,” Bashamak said of the district’s administrators. “They don’t have any respect for the law.”

Twin Rivers is appealing the ruling.

Bashamak first shared his story with SN&R last March, much of which was verified by outside witnesses, internal communications and TRUSD documents. A longtime employee of the district, Bashamak was working at an independent study campus called Keema High School when he began to have run-ins with its new principal, Robert Pope. Records confirm Bashamak had consistently good performance reviews until Pope took over in 2017.

Bashamak clashed with Pope over the school’s teaching standards and its overall environment for instructors. After those tensions started, Pope allegedly revealed privileged, private medical information about Bashamak—unsolicited—to a parent who was requesting Bashamak as a teacher for her daughter. That parent, Stacy van Hoose, spoke with SN&R at length about the incident and described it as shocking. Pope later denied the claim while being deposed.

In a separate dust-up, Bashamak was working on the campus when Pope called the police on a 15-year-old female student who was arguing with the principal. Bashamak says he believes the principal unjustifiably traumatized the teenager, so when that girl’s family filed a complaint against Pope, Bashamak agreed to be a material witness.

Given everything that was happening, Bashamak asked district officials not to allow Pope to conduct his performance reviews. The district declined, and Pope soon began writing up Bashamak and giving his negative job evaluations.

Bashamak filed a complaint against the district with the California Public Employment Relations Board in the summer of 2019. After nearly a week of sworn testimony, state Administrative Law Judge Katherine Nyman ruled in December that the district had allowed Bashamak to fall victim to retaliation.

“Bashamak has demonstrated by a preponderance of the evidence that he engaged in protected activity and has satisfied this element of a prima facie case of retaliation,” Nyman wrote. “These undisputed facts are sufficient to show that the individuals responsible for placing Bashamak on the [Personal Improvement Plan], and issuing him the [Letter of Reprimand], 2018-19 Evaluation, and Notice, had knowledge of his protected activities.”

Nyman ordered TRUSD to cease and desist from interfering with Bashamak’s protected activities and to rescind his negative performance reviews.

“The Twin Rivers Unified School District disputes the factual findings and conclusions made by the Administrative Law Judge in the non-binding proposed decision and has appealed to the Public Employment Relations Board to review the matter,” Zenobia J. Gerald, the district’s communications director, said in a statement. “The District strictly prohibits all forms of retaliation. The actions taken in regard to Mr. Bashamak were taken for legitimate, non-retaliatory reasons consistent with the District’s educational mission.”

Last May, he appealed a notice that disciplinary actions were pending against him to the Twin Rivers school board. Pope had written Bashamak up on claims he’d bullied several teachers in email correspondence. Bashamak asked that he be able to publicly defend himself in the school board’s open session. Former co-workers, students and parents lined up to testify on Bashamak’s behalf during the May 5 board meeting, but the trustees opted instead to discuss the matter in closed session.

The minutes from that meeting indicate the board took no action. However, several days later, Gina Carreon, the district’s assistant superintendent of human relations, issued Bashamak a letter saying the board had upheld the findings against him. Carreon’s actions were scrutinized in the state’s recent ruling against TRUSD.

Attorneys for the California Teachers Association have warned TRUSD they’re contemplating legal action against the board for allegedly violating the Brown Act.

Bashamak has another issue to worry about now. When the district hit him with a 15-day suspension in September, it triggered an automatic review of his teaching credentials by the California Commission on Teacher Credentialing. On Jan. 4, the commission sent him a letter indicating he would have to defend himself. Bashamak is convinced the district’s choice of 15 days was not arbitrary.

“They knew that would immediately alert the commission to me,” he told SN&R. “If it had been, say, ten days, it wouldn’t have. This was done to damage me.”

Even with all of the uncertainty, Bashamak is bolstered by the ruling in his favor. He had been speaking publicly about the district’s treatment of him for nearly a year, but now a judge who has reviewed all of the evidence is agreeing with his claims

“I felt like the legal system was working,” he said. “The judge looked at all of the issues I raised and gave me vindication.”