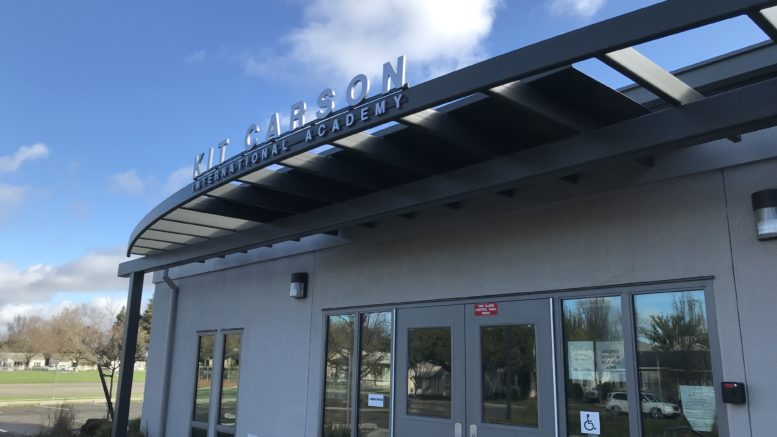 Children deserve everything they need for a chance to succeed in school, including well-equipped classrooms, labs and libraries.

But what if the adults in charge are terrible at math—specifically, balancing the budget?

To repay the bonds, the measure would cost property owners 5 cents per $100 of assessed value, which the district says will amount to $88 more a year for the typical homeowner and raise $35 million a year.

Measure H requires at least 55% of the vote to pass.

The district says there’s a dire need because most of its schools are more than 50 years old, don’t meet current safety and instructional standards and cost more to operate and maintain.

“The goal of Measure H is to bring older schools up to the same academic and safety standards as newer schools,” says a mailer to voters. The upgrades are needed to “support instruction that prepares students for college and in-demand careers in fields like health sciences, engineering, technology, and skilled trades.”

The district also says that approval would qualify it for about $80 million in state matching funds, and argues that other school districts in the region have made similar investments.

The measure calls for a citizens oversight committee and annual audits, and the district says no money can be used for administrator salaries or pensions.

Still, voters can’t be blamed for being skeptical about giving more tax money to a district that a state audit warns hasn’t adequately dealt with its financial crisis and is near insolvency.

The December audit was officially presented to district trustees on Feb. 6. The district sent a three-page letter on Jan. 13 to the state auditor updating its progress and plans to send a fuller report in mid-March—after the vote. The letter pointed out it is still trying to negotiate with the teachers’ union for cost savings to avoid a state takeover.

The bond money would be separate from the general fund, which pays for classroom instruction and teacher salaries. The district also says that projects funded by Measures Q and R—bonds totaling $414 million that were approved in 2012—are on schedule, with all but $77 million of those bonds issued.

But the measure may also be hurt because it’s on the same ballot as Proposition 13, a $15 billion statewide bond issue for K-12 schools, community colleges and public universities, plus Measure E, a $650 million bond measure for Los Rios Community College District, which would extend a 2-cent property tax levy. That’s an awful lot of borrowing to build new school and university buildings all at once.

And while new buildings would be great, how students are being taught and treated matters more. Sac City Unified has faced recent criticism for suspending black students, for not protecting bullied children and for failing students with developmental disabilities.

With those problems and with the questions about the district’s finances, it’s going to take a large leap of faith for voters to let it take on another $750 million in debt.

1 Comment on "Editor’s note: Kids count, but can adults?"