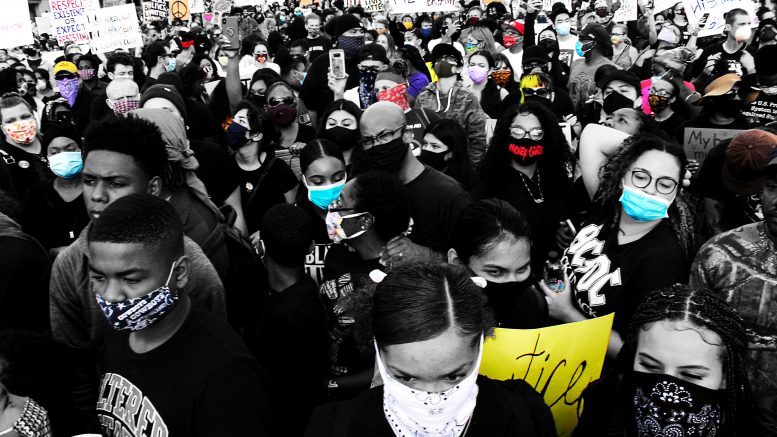 2020 has been such an eventful (read: traumatizing) year already that we’re predicting it’ll be pretty difficult to explain to future generations. So we asked some of our favorite human beings what they would place in Sacramento’s 2020 time capsule and why.

A quick word to the people of 2120: You may want to leave some of these items buried in the past.

Stevante Clark
Who: human rights activist / mental health advocate / Brother’s Keeper
Item: A photo of Stevante Clark with his younger brother Stephon, whose 2018 killing by police launched international protests and statewide reforms
Why that: There is no reason I should be out here defending my brother’s innocence when the officers who assassinated him in my grandma’s backyard should be proving theirs to a jury of their peers. I hate this, I hate my life. I wouldn’t wish this on my worst enemy. Stephon Clark should be alive today. The message remains: Everybody love everybody. That’s my story and I’m stickin’ to it.

Flo Cofer
Who: An epidemiologist and senior director of policy for Public Health Advocates
Item: A facemask that says “Defund the Police”
Why that: The second quarter of 2020 has been a time of social unrest. A global pandemic brought much of daily life to a screeching halt, cancelling the operations of even the usually “always open” institutions such as legislatures, schools and sports. And when our attention wasn’t diverted, America’s reckoning with its harrowing history of racial terror and policing took center stage, with fervent cries to “defund the police” and invest those funds taking center stage in mainstream conversation.
My hope is that when we look back on this in years to come, the idea that we were fighting for equity during a pandemic seems horrifying, but that we are also grateful for the monumental changes it precipitated.

Berry Accius
Who: Founder of Voice of the Youth, Inc.
Item: The June 22/29 cover of Time magazine and the June 4 National Geographic photo essay, “Systemic racism and coronavirus are killing people of color. Protesting isn’t enough”
Why that: Articles and images of the worldwide COVID-19 pandemic colliding with protests against police brutality and systemic oppression will help our great-great grandchildren know the truth about what took place today.
I would include a personal letter to ensure that the narrative didn’t change. It would tell future generations that in order to change the mistakes of the past, you must first deal with the cancer before it spreads—and that 2020 was what Stage 4 cancer looked like.

Ebony Harper
Who: Director of California TRANScends
Item: The U.S. Department of Health and Human Services’ June 12 press release that it was rescinding health-care protections for transgender Americans.
Why that: The Trump administration leveled this 2020 attack on trans rights on the fourth anniversary of the Pulse nightclub massacre and during Pride Month to distract from the global shit show America has become. Amid massive protests against systemic violence against Black people and during a global pandemic, this president decided to once again weaponize the trans community to appeal to his alt-right base.
Three days later, a conservative Supreme Court ruled in favor of LGBT work protections—and undercut the president. That’s why I’m burying this. We mustn’t forget the woes of our past. Hopefully, every transgender American will be flourishing beyond my imagination when this is dug up.

Be the first to comment on "What belongs in Sacramento’s 2020 time capsule?"