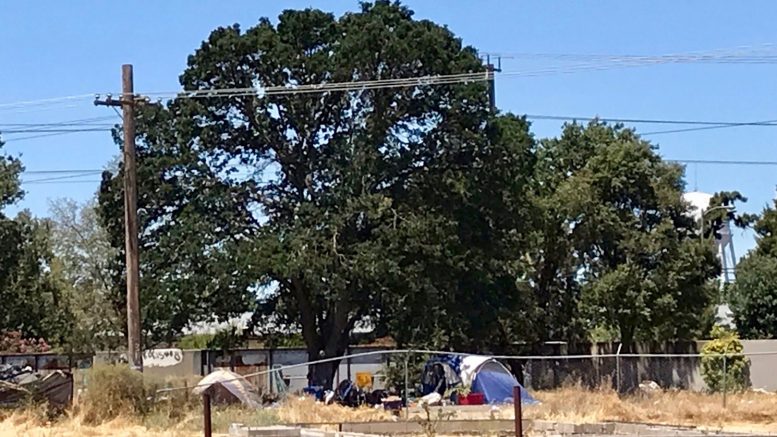 Will the economic fallout from the COVID-19 pandemic make California’s homeless crisis even more daunting? Or will urgency and innovation around the disaster finally provide the answers for tackling the problem?

Those are questions weighing on the minds of elected officials across the state—and Sacramento Mayor Darrell Steinberg and Los Angeles County Supervisor Mark Ridley-Thomas, the co-chairmen of the state’s task force on homelessness, are firmly in the latter camp.

They’re now sponsoring a major new piece of legislation to prove it.

Assembly Bill 3269 was authored by Assemblyman David Chiu of San Francisco, chairman of the Assembly Housing and Community Development Committee. If passed, it would essentially compel every city and county in California to reduce its homeless numbers by 90% by 2028. It would also establish a state inspector general empowered to take legal action against municipalities that fail to meet certain benchmarks for progress along the way.

The Assembly passed the bill on a 58-10 vote on June 10. Given the political pushback from some counties against Gov. Gavin Newsom’s statewide pandemic mandates—and given that the governor himself is constantly stressing that “localism is determinate” for solving difficult problems—it’s unclear how much support Chiu has to get AB 3269 across the finish line.

But on June 19, Steinberg and Thomas gave a virtual interview to the Public Policy Institute of California about why the bill they’re sponsoring is critical.

A January survey by PPIC found that homelessness was the No. 1 issue for California voters heading to the polls. Weeks later, Newsom devoted his entire State of the State speech to the same challenge.

Yet COVID-19 has changed everything. A PPIC survey in May found, not surprisingly, that the virus and the economic collapse it’s caused are what California voters are now most concerned about. So Steinberg stressed that elected officials need to do a better job of connecting the dots for the public between those threats and homelessness.

“The coronavirus is identified as a public health emergency, but the truth of the matter is homelessness has always been a public health emergency,” Steinberg said. “Because it doesn’t affect the entire population—although it does—it has been a strong but uphill push for the political bodies, and for the public to see homelessness for what it is: An unacceptable state of affairs and a social condition that no civil society should tolerate.”

Steinberg and Thomas point to Project Roomkey—a first-of-its kind partnership between the state, local governments and the Federal Emergency Management Agency—as proof that elected officials can find ways to house people when their hand is forced by an emergency such as COVID-19.

Under the program, California received a 75% reimbursement from the federal government to lease some 15,000 hotel and motel rooms and provide meals and other services to protect older and at-risk people experiencing homeless from contracting and spreading the virus.

In Sacramento, more than 800 people have been brought indoors through Project Roomkey. Sacramento’s COVID-19 Homelessness Response Team is preparing to present city and county leaders with a plan to transition at least 500 of those people into permanent housing in the next few months.

Los Angeles County was recently sued by an alliance of advocates seeking to legally force it to house its homeless population. Thomas argued that most local governments will ultimately find themselves in court if they don’t duplicate and scale-up efforts similar to Project Roomkey.

“We neglected this population,” Thomas said. “It was left unattended, and the only thing it did was get worse and worse.”

Acknowledging that statewide mandates can run into fierce opposition, Steinberg said that the scope of California’s homeless problems—an estimated 134,000 people living on the streets—requires action as bold as AB 3269.

“We’ve got to drive towards an enforceable goal here, if we’re going to make any difference” the mayor said.

PPIC CEO Mark Baldassare asked Steinberg and Thomas about whether the sudden, wide-scale job losses across California could make the goals of AB 3269 unattainable.

“Prior to the pandemic, at least from what we can tell from the numbers that have been gathered, the homeless population has been growing,” Baldassare observed. “We now face high unemployment in the state.”

Steinberg responded that statewide legislation is needed to protect renters from the financial collapse, or California’s homeless numbers will worsen in the coming months when emergency moratoriums on evictions expire.

“There has to be a payment plan that can handle that without evictions,” he said.

Thomas added that the other essential element to making AB 3269 work is a massive new investment in mental health services, something protestors across the state have been demanding as part of the “Defund the Police” movement to shift resources from law enforcement into the social safety net.

Thomas said that police officers have been put “in an untenable position” when it comes to mental health emergencies and that there needs to be a new, more effective system if there is any hope of breaking an ongoing cycle.

“Mental health is critically important when we think about homelessness, but it has been far and away eclipsed by the economic instability that people experience,” Thomas said. “Not everyone who is homeless, particularly when they first become homeless, suffers from a mental health condition. But, in fact, the longer you stay unhoused, the more challenging it becomes … At a certain point, it will wear you down, and a range of mental health issues will emerge. There’s no two questions about that.”

Can Steinberg be recalled?