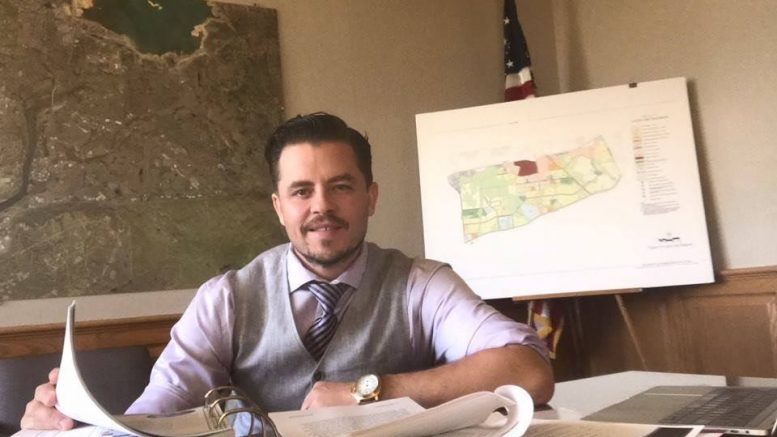 One-term City Councilman Roger Gaylord, who many viewed as a buttress against the undue influence of special interest groups on Folsom, has stepped down and moved to neighboring El Dorado County.

Gaylord said that his change in residence was brought about by a flurry of unforeseeable events—and that Folsom leaders weren’t interested in working out a compromise allowing him to maintain two separate addresses to finish his term.

Gaylord made his announcement June 10. By June 15, his photo and profile had been entirely scrubbed from the city of Folsom’s website.

Gaylord was elected in 2016, riding a tide of voter resentment against Councilwoman Kerri Howell and then-council members Steve Miklos, Andy Morin and Jeff Starsky, after it was revealed that developers for the controversial Folsom Ranch housing development had spent tens of thousands of dollars supporting those candidates through a political action committee run by the city’s chamber of commerce.

Folsom Ranch, also known as the “South of 50” project, represents one of the largest developments of open space in Sacramento County in a generation. The city annexed 3,600 acres in 2012 for the project, which is eventually supposed to have 11,000 homes.

Gaylord campaigned on listening to Folsom residents’ concerns about what the massive, decades-long build-out would do to the city’s traffic, water supply, air quality and wildlife habitat. In the 2016 at-large council election, the security consultant defeated Starsky for a seat on the council.

In 2019, Gaylord publicly expressed concerns after an SN&R investigation revealed that a secret disinformation campaign was being launched to downplay the environmental and quality of life impacts from Folsom Ranch. No one would admit to funding or directing it.

“It’s been about reminding people that if you don’t stand up and get involved, then the city you love is going to be completely different.”

As a councilman, Gaylord took several consequential votes, including one to stop more than 80 mature trees from being destroyed in Folsom’s only nature preserve. Gaylord also focused on public engagement, keeping Folsomites abreast of what was on the council’s agenda via his large Facebook following. During the COVID-19 pandemic, Gaylord helped coordinate efforts to get household supplies to older residents who were at risk for the virus.

Gaylord told SN&R that he and his wife recently bought property in El Dorado County, but were still planning on living in Folsom for a while. When the COVID-19 lockdown began devastating the economy, the couple began debating whether it was financially wise to maintain two households. Eventually, Gaylord put his home in Folsom up for sale and it was purchased just 13 days later, which he wasn’t expecting. That left him with some hard choices, as Folsom elected officials are required to live within the city limits.

Gaylord decided to rent a room at the Folsom Hotel to finish out the last year of his term, but he says Mayor Sarah Aquino was opposed to that, opting to remove him from his all appointed boards and commissions.

“I had fully intended to finish my term,” Gaylord said this week. “But after she did that, I just resigned.”

Aquino told SN&R via email that she was just following the city charter.

“I wish him nothing but the best,” she wrote, “but one can’t be a resident of El Dorado County and a member of the Folsom City Council.”

While Gaylord has already been removed from the council’s page on Folsom’s website, the home page does include a four-sentence blurb about Gaylord’s departure, stating that he resigned “effective immediately” and that the city thanked him for his service.

Gaylord’s announcement on his public Facebook page was met with nearly 1,000 responses. Among the nearly 200 people commenting was Lacey Mason Neufled, who wrote, “We’ve appreciated your ability to speak candidly and without fear of retribution for the benefit of our community.”

Ken Smith wrote, “Your efforts in many ways of being transparent and supporting so many issues, while being very communicative to the residents of Folsom on Facebook, was a breath of fresh air to this city.”

Gaylord says he hopes that all of the residents he encouraged to follow Folsom politics will continue to keep an eye on local government.

“I think the biggest part of the experience was seeing people get engaged and be active,” he told SN&R. “It’s been about reminding people that if you don’t stand up and get involved, then the city you love is going to be completely different.”