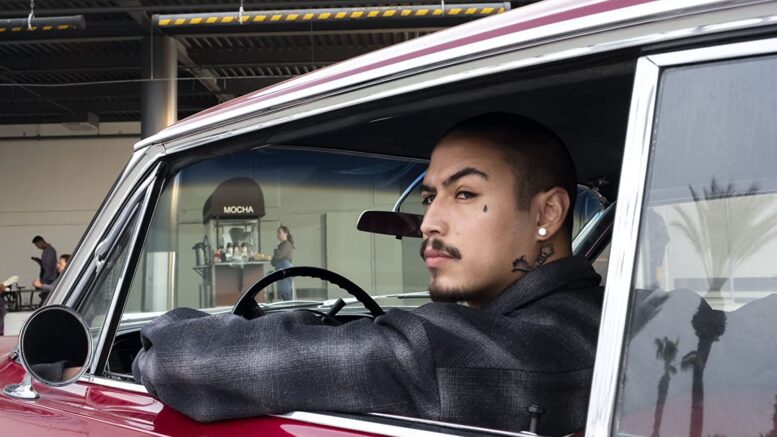 We're guessing he's the one they call Spooky.

A teen drama about Mexican-American culture, a true crime horror story about the D.C. snipers and a cult cartoon about bending air

Watch: On My Block
What: A series that depicts African-American and Latino culture in South Central Los Angeles
Who: Creators Eddie Gonzalez, Jeremy Haft, Lauren Iungerich
How: Netflix

Growing up, I didn’t see much Mexican culture depicted on television. Sure, there was George Lopez. But, to me, that was a whitewashed prime-time sitcom disguised as Latino culture. On My Block, however, is one of the first shows that had made me feel seen.

It’s a coming-of-age story about four street-smart friends growing up in South Central Los Angeles. The show starts with the soon-to-be-freshmen crew watching a large group of seniors at a graduation party. But gunshots ring out and everyone scatters. On My Block mixes authentic abuelita jokes with turf wars between rival gangs. There are moments that gave me goosebumps—like the makeshift memorials scattered throughout the neighborhood for those who died before they hit puberty.

The show, created by Eddie Gonzalez and Jeremy Haft (All Eyez On Me) with Lauren Iungerich (Awkward), does a fantastic job showcasing the gritty reality that many Latinos and African Americans go through just to survive, especially when they live across the street from gang leaders named Spooky. —Steph Rodriguez

Listen: Monster: DC Sniper
What: A true standout in the true crime genre
Who: Tenderfoot Media
How: Your favorite pod catcher

Tenderfoot Media’s new season of the podcast Monster is its best yet. More coherent than Season 1, which explored the Atlanta child murders in the 1980s, and more empathetic than Season 2, which focused on the Zodiac Killer, Monster’s latest crack at dark storytelling covers a series of sniper attacks that rocked the Washington, D.C., beltway for three weeks in October 2002.

The deep-dive series blends interviews with surviving victims, witnesses and responding officers; its use of the original 911 calls is particularly disturbing. Yet, in the first six episodes, it’s not immediately clear just how powerful and unique this story will become.

Episode 7 brings a major tonal shift. Stepping back from the domestic terrorism investigation, Monster spends its next nine installments delving into the lives of the killers, 41-year-old ex-soldier John Allen Muhammad and his 17-year-old Jamaican protégé, Lee Boyd Malvo.

The pair stole 17 lives and wounded 10 people while committing the sniper attacks and other crimes. But Monster’s producers don’t leave the snipers as silhouettes on a rooftop. They illuminate how Muhammad’s background of domestic violence, stalking and child abduction intersected with Malvo’s experiences of dire poverty, emotional abuse and parental abandonment. The human puzzle that emerges will leave listeners haunted at how, and why, these two paths crossed—and about the numbing tragedy left in the wake. —Scott Thomas Anderson

Watch: Avatar: The Last Airbender
What: A cartoon
Who: Creators Michael Dante DiMartino and Bryan Konietzko
Where: Netflix, Amazon Prime, iTunes, YouTube and other streaming services

It’s kind of cool how cartoons work—you just draw something on a piece of paper, then draw it again on another piece of paper in a slightly different position. Flip the pages back and forth and all of a sudden you’ve got yourself a 20-minute episode, complete with fully fleshed-out characters and a gripping storyline. That’s how Avatar: The Last Airbender was made (though there might have been a few more steps in between).

The Nickelodeon series follows the antics of a young boy named Aang; he’s a master of airbending as well as the Avatar, humanity’s last hope in stopping the Fire Nation from destroying everything. But before he can do that, he has to master the other elements: water, earth, fire—a daunting task for an 11-year-old kid not schooled in funk and R&B.

The show has popped up on Netflix again in anticipation of the upcoming live-action reboot, which reportedly will not involve drawing things on pieces of paper. Personally, I can’t wait for the claymation reboot of the live-action reboot. Everyone knows a story is never complete until it’s been retold through the beautiful process of stop-motion animation. —Rachel Mayfield

Moxie: Girls (closer) to the front