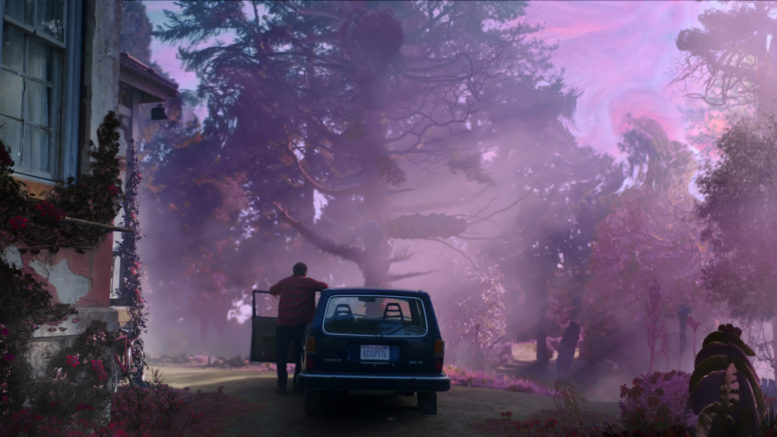 It’s been an impossibly long week, hasn’t it? And in these trying, locked down times, when one day bleeds into the next and the term “the weekend” has lost all meaning, well, we could use a distraction.

Here’s a short list of what helped SN&R’s staff survive the past seven days.

Of course I remember the shot. Byron Russell falling for the pump fake, Michael Jordan gathering himself at the top of the key and releasing the spinning orb, his right arm suspended longer than it needed to be. That pose, in Game 6 of the 1998 NBA Finals, remains one of the most seminal images in all of professional sports.

But I had no idea of the wounded, cross-purposed and ego-clashing agendas that roiled under the hood of the magnificent machine that was the 1990s Chicago Bulls.

Only two episodes into ESPN’s lovingly crafted docuseries and I find myself wondering if this team will get its act together to even make the playoffs, much less cement a place in history. The first installments do an outstanding job of placing the viewer in each real-life figure’s head, including the antagonizing former GM Jerry Krause, jealous of his coach and bullied by his team’s most iconic stars.

Speaking of basketball’s foremost dynamic duo, Jordan and Scottie Pippen (whose Barry White baritone is the only thing that’s aged about him) are rendered with 360-degree nuance as well. You get to see Jordan ascend from an “aw shucks” college baller to a plane us mere mortals will never know, where even jaded beat reporters curry the great one’s favor. Jordan’s obsessive bent toward excellence is so well deconstructed that his needling impatience with anyone who isn’t about that mission doesn’t feel tyrannical so much as hopelessly lonely. No. 23 can’t even bring himself to understand why Pippen, his cherished teammate, endangers the pursuit of a sixth championship ring by sitting out the early season to protest his criminally low salary.

Elegantly directed by Jason Hehir, featuring a studded cast of talking heads (hey look, there’s “former Chicago resident” Barack Obama) and benefiting from an all-access pass to the Bulls’ final season under coach Phil Jackson, The Last Dance spins heady Shakespearean intrigue out of the interconnected fates of these men, who—let’s not forget—spend most of their time in shorts and tank tops. —Raheem Hosseini

Read: Dune
What: That famous sci-fi book that’s about to be a(nother) movie
Who: author Frank Herbert
How: Wherever books are sold

There’s this little book called Dune; ever heard of it? I’ve only just cracked it open, but so far it’s pretty good. It’s got a little space travel here, a little political intrigue there and plenty of hot, hot sand. Author Frank Herbert throws a lot of stuff at you in the first few chapters—prophetic visions, assassination plots, planetary ecology—so if you like Googling things like “spice what is it” and “if computers are banned, why are there mentats,” this 1965 science fiction novel is for you. What, that doesn’t sound challenging enough? Try reading it backwards, while doing 20 sets of pull-ups. Work those lats, mentats! —Rachel Mayfield

In the days before our new coronavirus normal, before America’s Dad Tom Hanks contracted (and thankfully recovered from) COVID-19, there was the Instagram account @idrawtomhanks.

In the vein of Twitter’s Horse_ebooks and multi-platform Paradise Paperbacks, I Draw Tom Hanks was both straightforward in its premise and utterly, hilariously surreal. An unidentified artist created minimalist line drawings based on screen shots from Tom Hanks movies. They are…unique. Each accompanying caption included a different misspelling of Hanks’ name, and all went on sale for $9,000 apiece.

There hasn’t been an entry since last August, but I still check in, hoping something new appears. A Beautiful Day in the Neighborhood came out last October. There are more portraits to be drawn. —Lindsay Oxford

Watch: What We Do in the Shadows
What: Dry comedy/horror series adapted from an also dry 2014 movie
Who: creator Jemaine Clement
How: FX, Hulu and Amazon

Picture this: Four vampire roommates share a Victorian mansion in present-day New York and are followed by a documentary film crew. This sums up the absurd premise for What We Do in the Shadows, created by Jemaine Clement of Flight of the Conchords fame. The FX series is spun off from the 2014 movie of the same name, which starred Clement and filmmaker Taika Waititi, who also directed. The show is silly and clever: the vampires’ wardrobes depend on the era in which they were “born again;” and each vampire has a “familiar,” which is basically a slave who performs chores and fetches virgins for supper in the hopes of eventually being turned themselves. (Poor Guillermo, the faithful familiar for head vampire Nandor the Relentless.)

Read: The Pigeon Tunnel
What: Nonfiction memoir by an ex-British spy
Who: author John le Carré
How: Wherever books are sold

While John le Carré isn’t the only former British intelligence officer to become a famed novelist, he stands out insomuch that he’s a superior writer to Ian Fleming and, unlike Graham Greene, has always used his shadowy and morally compromised universe of “secret work” as his muse.

I’ve often wondered how le Carré’s portraits of wrecked, lonely men stumbling through personal and patriotic betrayal refracted back onto his life. In his 2016 memoir, The Pigeon Tunnel, le Carré (whose real name is David Cornwell) pulls back the iron curtain.

While he doesn’t divulge his operations as a secret agent during the Cold War, he does paint a vivid picture of how his friends and colleagues in MI6 reacted to his gritty renderings. Equally engaging are the frequent parallels that le Carré draws between spying and writing, as if they’re ethically dubious cousins and he just one result of their occasional inbreeding. But, of course, the only memoirs with real weight are the ones with some tragedy, and here again The Pigeon Tunnel is strangely unique.

Le Carré writes with a raw but analytic nakedness about growing up in the tow of his ever-lying, always-on-the-move con-man father. The book is a searing if understated argument that spying, that storytelling, that any “secret work” is a path that naturally presents itself to one who is formed by an untrustworthy world. —Scott Thomas Anderson

There is something strange about the Gardener family. We’re introduced to their awkward chemistry at dinner. Their move to a rural farm near the fictional city of Arkham, Lovecraft Country, has caused rifts in the family’s dynamic. When a meteorite strikes their front yard, unleashing an alien color, the Gardeners become disconnected from time, reality and all things earthly.

Color Out of Space represents a confrontation between the cosmically indifferent universe and the frightfully small humans who must face it. Body horror, psychological descents into madness, alpacas, a well, an unhinged Nicolas Cage (is there any other kind?) and a whole lot of fuschia make up the ingredients for an entertaining B-movie horror flick that shows just how frightening a color can be. —Patrick Hyun Wilson