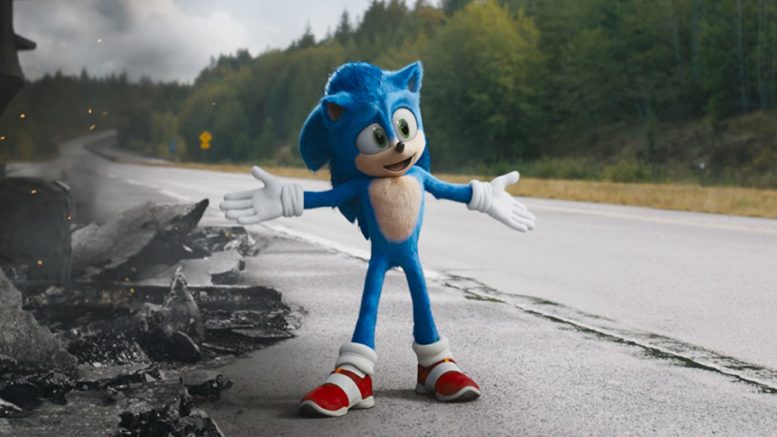 At least Sonic the Hedgehog has a hedgehog named Sonic.

SN&R attempts to bring back a fan favorite section, to middling reviews.

You asked for it, we delivered.

After countless emails, phone calls and letters from our loyal readership, Sacramento News & Review has decided to bring back film reviews! We can’t wait to cover all the hot new blockbusters and indie gems and—what’s that?

It turns out that movie theaters in California are no longer open, and many wide releases are now delayed due to the COVID-19 pandemic. Want to read a piping hot take on the Mulan remake? Not happening. Looking forward to an absolutely scathing critique of A Quiet Place Part II? Sorry to disappoint.

But we did promise film reviews, and we don’t back down from our promises. So, just before the stay at home order took effect, SN&R’s arts editor hopped in the car and gunned it to the West Wind Drive-In for its final night of operation—to catch one last movie on a really big screen.

The movie in question? Sonic the Hedgehog.

It seems like just yesterday that Sega’s most iconic video game character was sporting realistic fur and human-like teeth, and terrifying fans everywhere. After committing to a CGI-overhaul on the furry, blue speed demon and pushing back the release date, Paramount Studios finally put out Sonic the Hedgehog this year. With a script by Pat Casey and Josh Miller, director Jeff Fowler attempts to take a beloved video game franchise and adapt it for the big screen, a daunting task that has rarely seen success in the past.

Sonic (voiced by Ben Schwartz) is just your typical talking blue hedgehog with the unique ability to run extremely fast. Forced to grow up on Earth to hide his power from evil echidnas on his home planet, he passes the time by watching over the residents of Green Hills, Montana, including Sheriff Tom Wachowski (James Marsden) and his veterinarian wife Maddie (Tika Sumpter).

Things take a turn when Sonic causes a major power outage that alerts the U.S. military and puts mad scientist Dr. Robotnik (Jim Carrey) on his trail. When Sonic loses his only means of escape—a bag of golden rings that open up portals to other worlds—he and Tom team up to outrun Dr. Robotnik and track down the rings.

Considering everything Sonic (and Sonic’s animators) have been through, the movie’s visuals turned out great. Sonic’s on screen ability to warp our perception of time, outrun killer robots and play baseball all by himself is pretty fun to watch. It’s one of its few saving graces, aside from some funny quips that elevate the movie into “decent video game adaptation” territory.

Where Sonic loses speed is in the writing, particularly the premise itself. The choice to set the majority of the action on Earth, where humans faint at the sight of a talking blue hedgehog seems like an odd choice. He’s a talking blue hedgehog that can run really fast; to shoehorn him into a realistic world where people only act “realistically” comes across as somewhat uninspired. It would be more interesting to watch Sonic run through rings and rack up points for two straight hours than what we actually get: A bland narrative with thin plot devices set up to service a fairly forgettable road trip flick.

Some of the performances suffer as a result, too. Marsden comes across as stiff as a board when talking to his CGI counterparts. Contrast that with Carrey, who’s firing on all cylinders. But with no one able to match the level of bizarre, cartoon-ish delivery, his performance comes off as slightly unnerving. An impromptu dance number that falls embarrassingly flat leaves you wondering, “How did it all come to this?”

As far as video game movies go, Sonic misses the mark. If the script was less obsessed with how Sonic would fit into our world, and leaned more into its own zaniness, it would make for a more memorable and enjoyable experience. But as far as hedgehog movies go, Sonic does an adequate job of filling the basic criteria: There is a hedgehog present throughout the majority of the movie, and he can throw a pretty mean curveball.