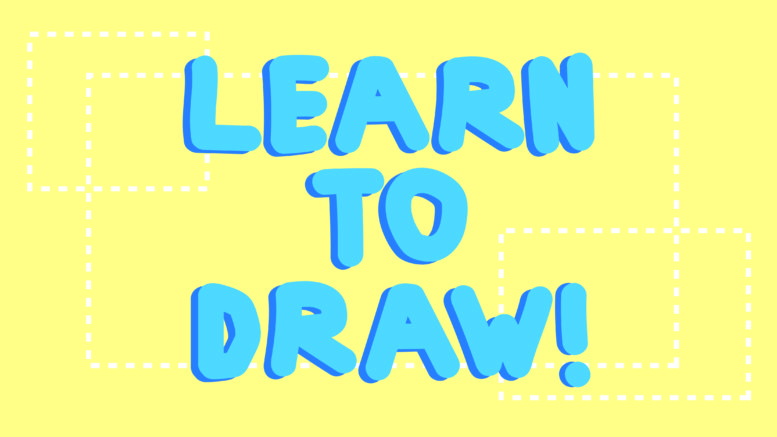 Another week of staying at home, another opportunity to draw something new. This week, we’ll learn how to draw one of history’s most memorable inventions: A moving vehicle.

Let’s start off with the front bumper, an absolute necessity. It’s one of the few things protecting a moving vehicle from rocks, trees and dense weeds. Just draw a few curved lines, and you’re finished.

Ever thought a moving vehicle needed something to cover up the engine? That’s where the hood comes in. It’s on the front, and it’s pretty good at covering engines, boilers, fluids—you get the idea. In addition to the hood, draw some extra lines on each side for the wheel wells.

You’re going to have to turn on those headlights if you want to see anything in the dark. Put some circles on the front end of each wheel well. Wow, things are looking much brighter now!

Vroom, vroom! It’s time to outline the rest of this bad boy. Draw an overarching line for the body, plus a smaller wheel well in the back. Don’t forget lines for the driver’s seat door, and a foot board at the bottom.

Windows are a great option for those who enjoy looking outside a moving vehicle. Draw one large windshield on the front, and two smaller windows on the side.

If a moving vehicle wants to go anywhere, you might want to look into getting some tires. Make sure they go under the wheel wells, otherwise you’re in big trouble.

These extra details aren’t necessary, but they can make your moving vehicle look a tad more slick. Frivolous items include: A side view mirror, a door handle and a gas cap hatch.

Unfortunately, the average moving vehicle can’t move all by itself. At least five snakes are needed to operate it, sometimes more. Ask any mechanic and they’ll tell you the same thing: No snakes, no movement. You can draw them however you like, hanging out the windows, tasting the air, having a little fun.

How will anyone be able to tell if your moving vehicle is actually moving, you ask? That’s easy, just draw three short lines behind the vehicle to show that it’s hurtling forward at breakneck speed.

Great job! Not only did we learn how to draw a moving vehicle, but we also learned a little something about mechanical engineering along the way. Isn’t drawing fun?

Maren Conrad, Vanguard and the art of new school feminism

Be the first to comment on "Learn to draw"