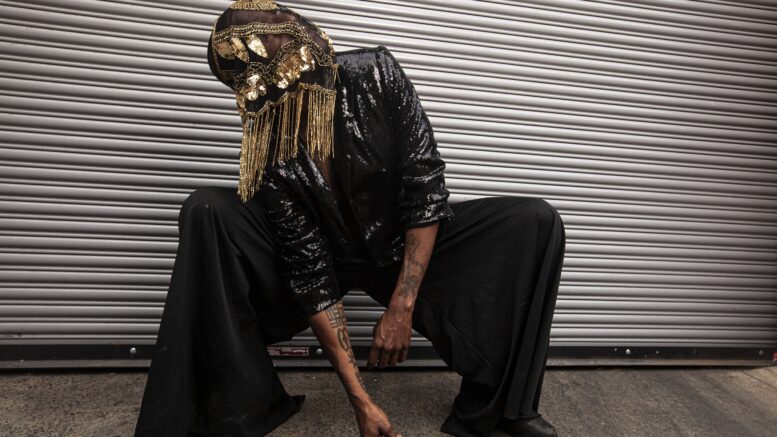 Jupiter Lockett has dedicated his work to carrying on the legacy of his mother and voicing the black experience in America. (Photo courtesy of Jupiter Lockett.)

A mother’s son, Jupiter Lockett uses his art to honor his late mother and uplift the black experience

Our conversation began with a seemingly simple question, “How are you doing these days?”

With a sigh on the other end of the phone line, Jupiter Lockett’s answer came quickly.

“We all have that programmed response to this: ‘I’m good,’ ‘I’m fine.’ But honestly I’m not,” he said. “People are speaking out about racism and police brutality, and it’s just like I want it to continue. I want our voices to be lifted up and heard.”

The emotional fluctuations he has felt during the nationwide protests over the killing of George Floyd has stifled the Sacramento artist’s painting.

However, Lockett is hopeful for the future.

“It’s like this joyful sorrow. It’s like we’re honoring our ancestors, because they’ve been trying to get here for so long and it seems like it’s actually happening,” he said.

His work has always focused on the experience of black Americans, and it’s through his painting that he speaks.

“Me, waking up and breathing, is resistance. I protest through my art, you know?” Lockett said. “I use my art to give a voice to all the ostracized beings, to get it out there.”

Originally a singer, Lockett, 35, became disillusioned with the music industry and began painting at the insistence of his friend Ebony. With her encouragement, he began to share his work through Instagram and almost immediately began to receive praise.

One of his first series of paintings, titled “Childhood,” with pieces named, “Elementary School,” “High School” and “Sunday School,” is an introspective tour of his formative years. He channeled his experiences as a gay black man onto the canvas.

“You go to school, you’re teased and ridiculed… You go to church, you’re damned and sent to hell. The only safe place was really with my mom,” Lockett said.

His relationship with his mother Allison Camille is indispensable to his work. Behind his cheery attitude and infectious laughter is the grief of a son without a mother.

“Moms are everything,” Lockett said. “When you lose your mom, it’s a toll. You were formed inside of her, she made you. She knows everything about you.”

In January 2019, on a Thursday, Camille lost her battle with a rare muscle disease called polymyositis, a battle she kept largely to herself.

When she was hospitalized, Jupiter spent days by his mother’s side. He saw to it that she made it safely to what he describes as her “next destination,” and ensured her that he would carry on her legacy.

“Right when they pulled the plug, [a nurse] held me and whispered in my ear, ‘You are a warrior,'” he said. “It was in that moment that I knew my strength… Even though my body was tired. My mind was so strong because I had to hold onto the fact that, she’s created me. I’m here for a reason and even though you can’t be here anymore, I have to represent you and shine that light.”

Before passing, his mother saw the work he was creating and recognized in it something “otherworldly.”

“She told me, ‘You’ve tapped into something,’” Jupiter said. “‘You can tap into the spirit world with your painting.’ She’s my whole source of inspiration for my art. My goal is to represent her in everything that I do.”

Soon after his mother’s death, Lockett received word that he was accepted to a residency at the Chateau d’Orqevaux in France. It was there that he painted, I Love You Mommy, a tribute to his late mother.

“When I got done with that piece and showed it to all the people at the chateau, so many people wanted that piece. They were just like, ‘I don’t know what you did with this or where you went in your mind, but this is amazing,’” Jupiter said. “I just took it all in, you know. Like, ‘Okay mom, I’m on the right track. You didn’t bring me this far to leave me.’”

The piece features Jupiter, his brother and his mother in abstracted rectilinear form. Filling the canvas are large swaths of bright blues and pinks— based on windows from the Basilica of St. John the Baptist in Chaumont, France. Adorning each of the three tenderly rendered figures are golden halos drawn in the flattened style of byzantine icons lending the painting a palpable spiritual force.

In the upper right-hand corner of the canvas are two abstracted hummingbirds, his mother’s favorite bird.

“After she passed, I was out in my garden, watering and stuff like that, when out of nowhere, this hummingbird came right up to me. Twelve inches from my face,” he said. “Hummingbirds represent loved ones who have passed on and made it to the other side. They’re telling us that ‘They’re okay’ and to ‘Let go, so you can grow.’”

He recalls walks with his mother in the later days of her life, how she stopped to talk with cats, dogs, flowers. No creature under the sun was immune from his mother’s kindness.

Lockett has spent his career seeking to represent, empower and uplift the black body and the black experience. In August, he will be featured in a group show at B. Sakato Garo gallery in Sacramento, alongside local artist, Darby Madden Gross.

His work is simultaneously personal and universal, carrying with it a simple message:

“I want people to see my paintings then walk out of the gallery, out of their house, out of the coffee shop and see a black person and say ‘Good morning.’ That’s enough. Just, ‘Hi, have a good one,’ that’s enough, that acknowledgment,” he says. “I’m the water hose for the universe to flow through me onto the canvas.”