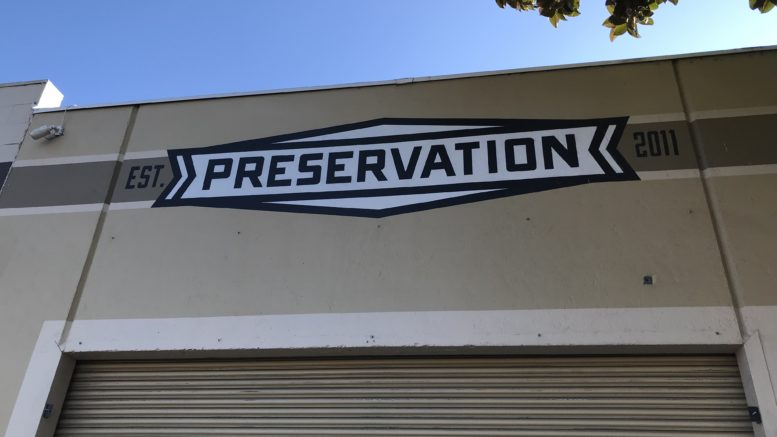 Preservation & Co. in Midtown, which plans to reopen as Preservation Spirits later this year, is one of the first six companies in the city’s Economic Gardening program. (Photo by Foon Rhee)

When the media release popped into my email, it looked promising: The city of Sacramento picked the first local companies for its Economic Gardening 2.0 program.

To encourage expansion, these firms will get help from experts on business strategies, plus as much as $50,000 in matching funds from the city. The two-year pilot program’s goal makes all sorts of sense: Grow younger and smaller companies—those with five to 99 employees and $1 million to $50 million in annual revenues—as part of the backbone of Sacramento’s economy.

As Mayor Darrell Steinberg said in a statement: “We can’t rely on attracting corporate headquarters from elsewhere in order to grow and diversify our economy in Sacramento. We must focus our attention on nurturing the entrepreneurs who have already planted their businesses in Sacramento and help them to expand and thrive.”

But after a little more digging, a couple of concerns cropped up.

The city is on a high-profile crusade for economic justice for residents and neighborhoods who haven’t shared in Sacramento’s growing prosperity—an issue highlighted after the police killing of Stephon Clark.

But nearly all the selected companies are in Midtown or downtown—not in the distressed neighborhoods that need jobs the most. And there’s no requirement that new employees hired through this program have to be poor or unemployed.

One of the initial seven recipients was Hamilton Devices, which supplies and markets vaping cartridges, batteries and disposables for cannabis. That might be somewhat controversial, given divided views on cannabis legalization and the surge of vaping-related deaths. And indeed, the city took it off the list, leaving only six recipients.

The city said it “reevaluated the involvement of Hamilton Devices” and “decided that it does not align with City goals at this time.”

Here are the other recipients:

Preservation & Co. in Midtown produces hand-crafted cocktail mixes including bloody Mary and Margarita. It plans to reopen its storefront later this year as Preservation Spirits.

The Party Concierge, in the downtown railyards, provides balloons, flowers, foam carvings and other supplies for birthdays, corporate events, weddings and other parties and celebrations. It worked on the Placer County exhibit at the 2018 California State Fair and the 2018 SacPride Festival.

Trifecta, based in DOCO, delivers ready-made organic meals. It promotes a science-backed diet with lean protein, complex carbs and vegetables, a rotating weekly menu and exclusives from a professional chef.

Still, the Economic Gardening program would be even better if it scattered seeds for growth in all of Sacramento—and was more focused on residents who need a helping hand the most.

Be the first to comment on "Editor’s note: Seeding success"