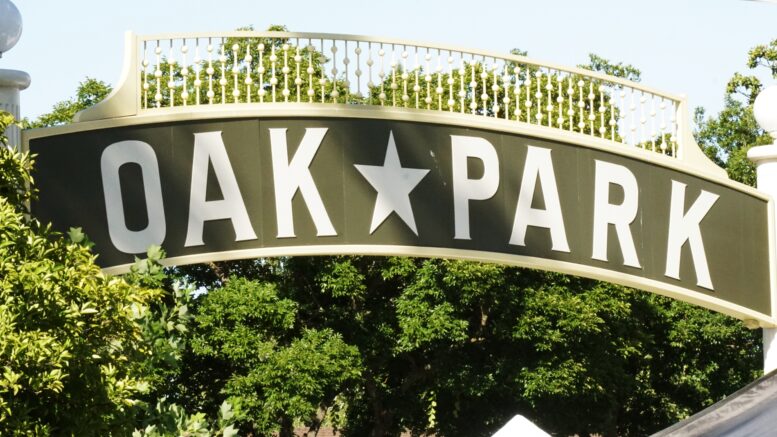 When Food Source permanently closed in March, a food desert was once again created in Oak Park, leaving residents without a proper grocery store and access to fresh fruits and vegetables. This made the return of the Oak Park Farmers Market, held in McClatchy Park each spring, that much more essential for the neighborhood.

Most seasonal farmers markets returned in May, though each will look and operate differently during the COVID-19 pandemic, according to Joany Titherington, manager of Oak Park’s open-air market.

“It’s really not season as normal, but overall it’s going pretty good, and access to food in Oak Park is really important at this point since our only grocery store closed,” she said. “People have thanked us for taking the opportunity to pay attention to the needs of the community and taking their health into concern as well. We’ve only had a couple of times where people were upset because they’re required to wear a mask.”

The market has served the community for 11 years and recently added an additional day to its weekly schedule, now Wednesdays from 3 p.m. to 7 p.m. and on Saturdays from 9 a.m. to 1 p.m. The market runs through October.

Titherington says a consortium of farmers market managers throughout the state, using guidance from the California Department of Food and Agriculture, brainstormed how to safely open this season.

Some new health and safety measures now in place include: vendors spaced six feet apart; caution tape alongside the backs of booths so customers don’t walk through; markers on the ground indicating proper social distance; three hand-washing stations; access to hand sanitizer; a mask requirement to enter; and clear entry and exit points.

“Having those extra hand-washing stations, making sure that everyone’s wearing a mask and no one’s touching the produce—farmers are the ones assisting our customers—I think are all really important to keep our community healthy and safe,” said Izabella Stanosek-Rockwood, an assistant at the market.

Although hot food served from tent-style vendors is not permitted, food trucks are allowed. They include Yolanda’s Tamales, selling burritos, tacos and agua frescas such as berry lemonade, pineapple and watermelon. There’s also World Fare Food Truck with Chinese noodle salads, tri-tip sandwiches and more. On the cold side, Blossoms Creamy was at the market on Wednesday with its rolled, dairy-free ice cream. Starting on May 27, Robert’s Pizza Oven will sling prepared, take-and-bake pies that customers can purchase fresh or frozen.

Returning farmers include Dhillion and Ponce Farms with nectarines, apricots and other stone fruit. Yanez Farm will be back this season with its delicious, sweet corn.

For those who live with someone who is immuno-compromised, or even if you’re just nervous about being near people, Titherington says there’s an app for that—or there will be.

The Oak Park team will launch its first curbside pickup app, called Oak Park Fresh To You, where customers can browse through the market’s vendors, prepay and schedule a time to drive up to “the veggie valet.” The app begins its one-month pilot program with 25 people participating at each market starting at the end of May. By June 6, Titherington says the market will deliver the first round of grocery bags to online shoppers’ cars.

“We’re working with the city on a delivery service as well to help get food delivered to people’s doors,” Titherington says. “We want to make sure that those who are the most vulnerable have the least amount of risk.”

Interested in signing up for Oak Park Fresh To You? Visit the market’s Facebook page for announcements.

Be the first to comment on "Fresh from Oak Park"