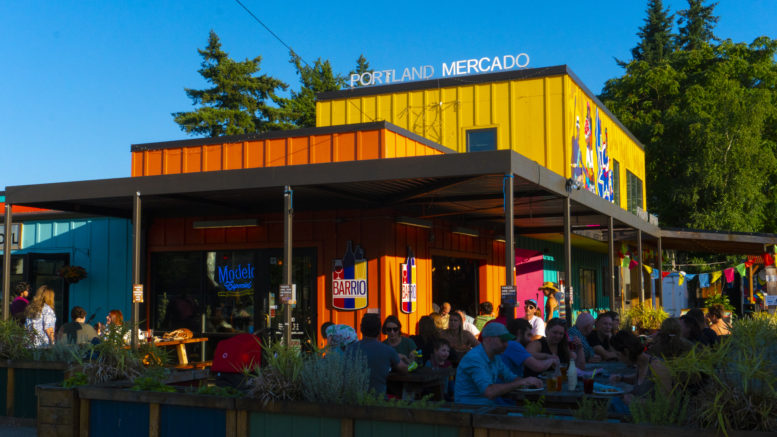 Proposals are rolling into a committee of experts advising the city of Sacramento on which ideas will best improve neighborhoods and promote economic justice.

Some of the projects sound great—particularly those that create jobs while meeting other community needs.

The Franklin Neighborhood Development Corp. wants $725,000 to buy an undeveloped lot as the future home of The Mercado, a marketplace of indoor vending and outdoor food trailers that would provide discounted rent and micro-enterprise training for Latino entrepreneurs.

Fresher Sacramento wants $84,000 to start developing a business that would train catering crews to produce and distribute low-cost meals to needy families.

Working Scholars, a Silicon Valley outfit, wants $1.5 million to help 400-plus Sacramentans finish their college degrees through courses presented in five-minute videos on a phone app. The Fruit Ridge Community Collaborative is asking for $85,000 for a long-term plan to keep it open as a hub and incubator for community services. And Greater Sacramento Urban League is seeking $85,000 for Marysville Grand South, an affordable housing and small business training project in Del Paso Heights.

While city officials want to invest in projects and programs that will create opportunities for all Sacramento residents, the priority is on “people of color, low-income individuals” and “distressed and disadvantaged neighborhoods that have not benefited from previous economic growth,” according to city documents.

The city started soliciting applications in December, and the initial deadline was Jan. 31. The competition will be tough. Some of the funding will come from the Measure U sales tax hike, which was sold to voters in 2018 as a way to generate another $50 million a year for inclusive economic development. At the urging of Mayor Darrell Steinberg, the city also plans to use some Measure U money to create a $100 million affordable housing fund.

The investment committee’s nonbinding recommendations go to the city manager. Those of $100,000 or more also require City Council approval. Any recommendations that count on more than $100,000 in Measure U money will also be reviewed by a 15-member citizens advisory committee.

That citizens panel is mostly neighborhood and grassroots activists, including Stevante Clark, brother of Stephon Clark, whose killing by police in 2018 renewed the call for economic justice.

UPDATE: On Monday, Feb. 24, the citizens committee considered a staff recommendation to support the proposals from Fresher Sacramento, the Fruit Ridge Community Collaborative and the Greater Sacramento Urban League, plus one from Alchemy Kitchen, which is asking for $90,000 to expand its training for food entrepreneurs.

While committee members said they liked all the ideas, a majority only voted to recommend the Urban League proposal to the City Council.

The panel voted to hold off on the three other proposals to make clear that they’re not getting the information they need and that they’re not happy. Dean Murakami, a committee member, said taking this stand was the only leverage the panel had.

Chairperson Flojaune Cofer said at minimum, the committee needs to know how much Measure U money is available and what other proposals are out there. She said she has the public’s trust and is “not going to waste it.”

The citizens committee is angling for more influence overall. It wants to review all Measure U expenditures, including those funded by the original half-cent sales tax first approved in 2012. In addition to inclusive economic development, it also wants to support investments in housing, libraries, parks and youth programs.

“We are concerned that opportunities to address pressing needs in these and other areas will be lost without more robust community engagement and ongoing financial support,” the panel states in a Jan. 27 letter to the City Council.

To that end, it is calling for at least $5 million a year to be set aside for projects identified through a “participatory budgeting process in priority neighborhoods.”

UPDATE: The council is to discuss the committee’s request on Tuesday, Feb. 25.

While both the investment and citizens committees want to fund ideas that will make the biggest impact, it’s entirely possible they will disagree at times. If that happens, it will put even more pressure on council members to make the final—and correct—decisions.

Be the first to comment on "Editor’s note: Smart money"