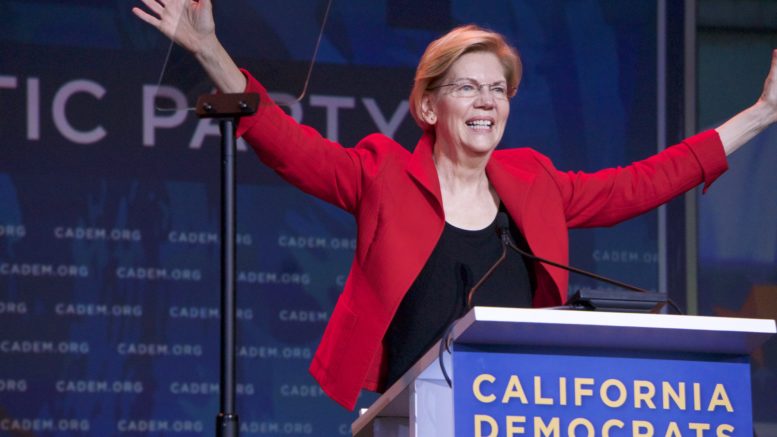 I still remember the first time I saw Elizabeth Warren.

She was a law professor appearing on PBS to talk about what it would take to achieve economic security for middle-class families. I was incredibly impressed and thought what a different world it would be if we could get people like her elected to public office. It was her passion and ability to lead a movement that impressed me then, and these are the characteristics we need in a president—more today than ever before.

Warren was elected to the U.S. Senate from Massachusetts in 2012 and is now running for president, and that same passion I saw on the television screen years ago is front and center today. She’s still driven by the desire to make the big, structural changes that will improve the lives of all Americans.

You can see this in the way she’s run her campaign and in its mantra: “She’s got a plan for that.” Her dozens of bold, detailed plans show just what the government can do when it works to lift working families, not just the wealthy and well-connected who currently wield far too much influence in Washington, D.C.

But putting forward plans is just one piece of the puzzle.

Warren has proven she can turn those proposals into reality. While studying why middle-class families struggle in America, she came up with the idea for the Consumer Financial Protection Bureau. After the 2008 financial crash, she went to Washington to fight to get it passed and worked to set up the agency in its infancy. That agency has now returned more than $12 billion back to tens of millions of consumers cheated by big companies and banks.

And while our party grapples with the issue of which candidate has the best shot of beating President Donald Trump, there is the ever-lingering question of whether a woman can win. I’ve spent my entire adult life helping women get elected to public office, so this is personal to me.

Since Trump was elected in 2016, we’ve seen women run for office in record numbers—and win in record numbers. Women candidates in the 2018 midterm elections brought millions of new people into the political process, proving they could win by broadening the voter base.

Warren is the candidate who can channel that powerful, grassroots energy. She’s a unifier, someone who can bring together all parts of the Democratic Party. You see that in her ability to pick up the support of a former competitor such as Julián Castro, and to welcome supporters of other candidates who have dropped out of the race.

Her agenda—including a two-cent wealth tax on the wealthiest Americans and ending the corrupting influence of lobbying in Washington—appeals to wide swaths of Democrats, independents and, yes, even majorities of Republicans, who all see that our government isn’t working for the people who need it the most.

Women won the right to vote 100 years ago. It would only be fitting that exactly a century later, we finally put a woman in the White House. By electing Warren, we will have a strong, courageous woman representing us in the Oval Office—and a president who stands up for progressive values and fights for economic prosperity for all.

She has shown us again and again that she will fight for us—and that she is the candidate worth fighting for.

Cartoon: ‘It is what it is’