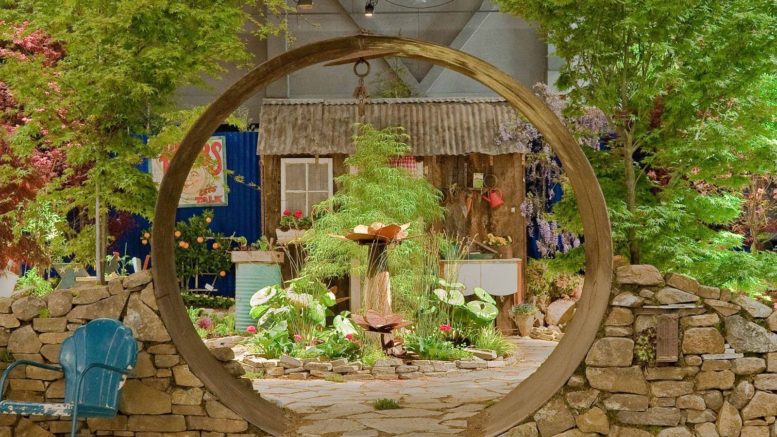 The San Francisco Flower and Garden Show is moving to Sacramento

Editor’s note: This year’s show has been canceled due to the coronavirus outbreak.

What does Sacramento have that the Bay Area doesn’t? The San Francisco Flower and Garden Show.

On April 2-5, garden displays and vendors will pack four buildings at Cal Expo with a farm-to-vase flower market, spectacular designer landscapes and dozens of hands-on opportunities. One whole building will be devoted to the show’s plant market. It will be much more like the “old” San Francisco show that built its reputation as a must-see attraction for garden clubs and plant lovers, as well as anyone interested in growing things.

Started in 1985, the show has an international reputation drawing thousands of garden enthusiasts from throughout the Western states and beyond. But its future appeared in doubt when organizers suddenly had to find a new venue. At almost the last minute, the 2019 show got bumped from its traditional early spring dates at the Cow Palace in Daly City.

“Facebook paid [the Cow Palace] $1 million for our dates,” says show owner Sherry Larsen. “It was really brutal. We had only two months to put together [a move]. We were really scrambling.”

Thankfully, Cal Expo had dates available, she adds. But not all vendors came east. Using just one building and a fraction of its usual size, the 2019 San Francisco/Sacramento show lost money, “but I kept the show alive,” Larsen said.

Some patrons complained that the event didn’t feel or look like the floral spectaculars of years past. But overall, the reaction was very positive, Larsen says.

After decades at the Cow Palace, plus a few years at the San Mateo County fairgrounds, the show is now focused on a future in Sacramento, Larsen says. That includes building bonds with local gardening programs and experts.

“Last year, we did what we could do in the short time we had,” Larsen says. “This year, we had a whole year to get ready.”

Expect the big designer gardens with theatrical lighting that had been the show’s hallmark to return, Larsen says. Among the featured designers will be Kent Gordon England of Sonoma.

Highlighting a full schedule of speakers will be urban farmer Stephen Ritz, founder of the Green Bronx Machine. The New York educator has brought gardening know-how to classrooms and communities nationwide.

“Kellogg’s will be sponsoring our garden stage and hosting daily 90-minute garden boot camps where people can get their hands dirty while learning the basics,” Larsen says. “They’ll go home with a box full of plants and everything they need to get their vegetable garden growing.”

Other workshops will stress hands-on experience, too. Says Larsen, “You learn quicker when you put your hands on it.

“We’re getting a real good line-up of speakers,” she adds. “One more year, our roots will be firmly down.”

Be the first to comment on "Bay area transplant"