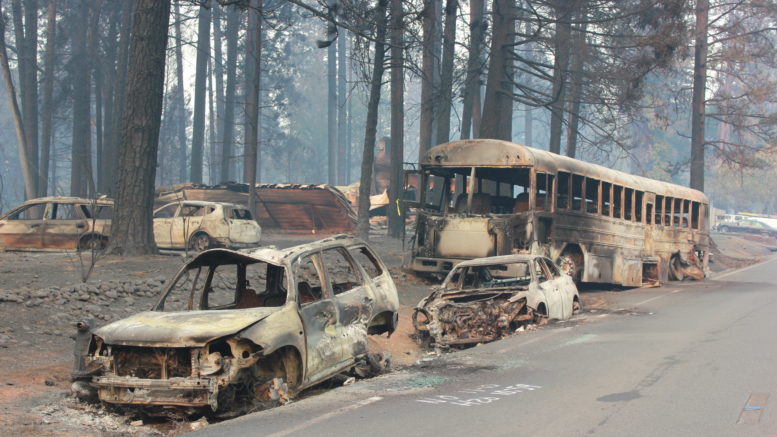 Climate change increases the likelihood and intensity of wildfires in California, and these fires can move fast. When officials issue evacuation orders, “you have to take and heed the directions,” said California Office of Emergency Services Fire Chief Brian Marshall. “Time is of the essence.”

Evacuation can mean leaving town, and routes may not be predetermined. In Sacramento, that could mean reversing traffic flow on highways to allow more people to get out faster, said Daniel Bowers, the city of Sacramento’s director of emergency management.

Evacuation can also mean going to a location in town that is comparatively safe because it has less dry underbrush and trees, KQED reports.

Many places in California at high risk of wildfire lack evacuation plans. Evacuation can be more difficult, depending where you live.

Whatever your situation, you should have your own plan. “Without a plan, you don’t know what to do in an emergency,” said Marshall.

For example, if power goes out, automatic garage doors may not open. Install a backup battery, which new garage doors must have, if you can. Be ready to open the door yourself; if you’re not sure you can, park your car outside, pointed forward for easy maneuvering, with windows closed.

Follow local news outlets and Cal Fire on Twitter or Facebook, and sign up for local emergency alert systems such as Sacramento Alert. But be aware that sometimes evacuation orders don’t come in time.

If your community is on fire, even if you don’t feel threatened, the safest move is to leave. Don’t just think about yourself, but also about others trying to get out and first responders coming in, which all can benefit if you get out early, said Cal Fire information officer Scott McLean. “This time of year, we just have to all keep our heads on a swivel,” he said.

Be the first to comment on "Living with climate change: Evacuate!"