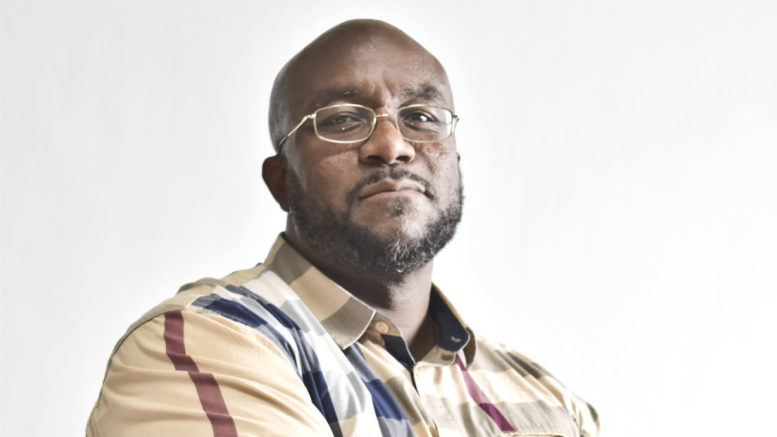 Freed after an illegal confession, Sacramento man alleges police were trained to question suspects after they requested a lawyer

In a multimillion-dollar lawsuit filed last month, Tio Sessoms questions whether the city of Sacramento is training its police force to extract illegal confessions from suspects in their custody—like the one that put him in prison two decades ago.

The statements made by a then-19-year-old Sessoms in November 1999 led to a lifetime prison sentence that was overturned in 2015 by a federal appeals court. According to that ruling, the teenager invoked his right to a lawyer at least twice before Sacramento police detectives John Patrick Keller and Dick Woods continued interviewing him about a grisly trailer park murder.

While another man admitted stabbing an Oak Park pastor named Edward R. Sheriff, the statements Sessoms made in an Oklahoma City jail to detectives who traveled there to extradite him convinced a jury he was equally guilty of the robbery-homicide.

After the Ninth Circuit Court of Appeals overturned his conviction in 2015, Sessoms spent two years in jail waiting for the Sacramento County District Attorney’s Office to decide whether to retry him. Sessoms, who told SN&R he played no role in the crime, won his freedom in October 2017 only by agreeing to accept a reduced manslaughter conviction.

Now 39, Sessoms filed a new civil lawsuit against the city in June seeking $21 million in damages. The amended complaint alleges that City Hall under then-Mayor Heather Fargo used a training program that taught police “how to unconstitutionally interrogate people suspected of a crime.”

Police spokesman Sgt. Vance Chandler said he had no information about the video in question. Fargo, who was elected to the first of her two terms as mayor in November 2000—a year after Sessom’s arrest and interrogation—also said the video rang no bells.

While the lawsuit is assertive in its claims, Sessoms’ attorney Dominick Welch acknowledged these are unproven allegations that his side hopes to get answers to as part of this process.

The training video was in wide circulation by the time Sessoms was questioned, however. According to a November 1999 Associated Press article, a federal civil rights lawsuit against the Los Angeles Police Department revealed that law enforcement agencies across the state used the video. In the video, which the AP identified as “Questioning Outside Miranda,” Orange County prosecutor Devallis Rutledge instructs officers to push suspects to confess or provide details of a crime even if they’ve requested an attorney—though Rutledge includes the caveat that such statements would be inadmissible at trial.

In Sessoms’ case, a judge ruled that what he told detectives after they brushed aside his requests for an attorney could be used against him.

Keller’s interview style with suspects in transit came under question at least one other time. In 2010, the Third District Court of Appeals of California ruled the detective did not violate the rights of a murder suspect apprehended in Houston by trying to get him to reveal his true name prior to being given the standard Miranda warning.

The late Joe Serna was mayor from 1992 until he died of kidney cancer while in office in November 1999. Fargo said even her predecessor might not have known whether police received approval to train its officers to subvert suspects’ Miranda rights.

“But that kind of thing would probably not have been shared with the council back then,” Fargo wrote in an email. “There was a very clear line between the City Manager and the Council on operational vs policy decisions.”

City spokesman Tim Swanson said the city has yet to receive the amended complaint and couldn’t comment on it.

Welch said the city is trying to argue that his client surrendered his right to sue when he accepted a plea in exchange for his freedom. “It’s so asinine,” Welch said. “What would you do if you’re sitting in jail for 18 years?”

Welch said he has a simple strategy for countering the city’s argument. He contends the manslaughter conviction only covers his client’s final two years in county jail, so Sessoms should be compensated for the 16 years he spent in prison for the overturned murder conviction.

If Sessoms gets anything close to what he’s seeking, it would represent another big financial blow to a city that’s paying out millions for its Police Department.

Be the first to comment on "The $21 million Miranda question"