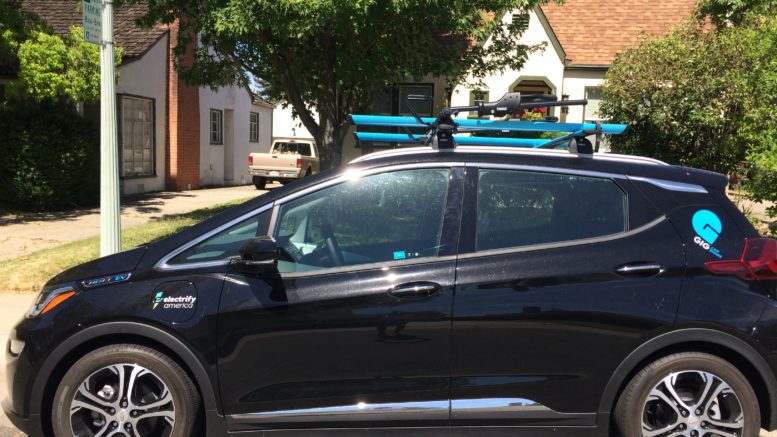 Sacramento wants to be America’s electric vehicle capital, but will residents cooperate?

Sacramento is betting big on electric cars for lots of good reasons: to reduce carbon emissions and traffic congestion, to encourage walking and bicycling, to give poorer residents more ways to get around and to boost the local economy.

But for this vision to become reality, City Hall needs enough residents to cooperate and actually use electric vehicles.

So will they? City Hall tried to find out with an online survey in late May and early June. The results are a mixed bag.

More than 80% of respondents said they know at least some about EVs, but they weren’t correct about the cost of buying and operating one.

Also, respondents were less up to speed on car-sharing and on-demand transit—services that feature electric vehicles in Sacramento—than ride-hailing services such as Uber and Lyft.

Half of respondents said they drive alone in their own cars at least three times a week, mostly to run errands and get to work. And more than half said they travel 30 miles or more at least once a week.

With only 277 responses, this survey isn’t statistically valid. Still, it’s similar to a study put out in March by the UC Davis Institute of Transportation Studies in showing that more public awareness and acceptance is needed for electric vehicles to break through and become an everyday way of commuting.

Around the globe, other cities are also jumping on the electric vehicle bandwagon. London’s mayor wants it to be an EV-only city by 2030 and is adding infrastructure, while Amsterdam is among cities taking a tougher approach, proposing to ban gas and diesel vehicles by 2030.

Sacramento has a head start on its U.S. competition, thanks to $44 million it is getting from the settlement in the VW emissions cheating scandal. VW created an Electrify America subsidiary, which picked Sacramento as its first “Green City” and a slogan, “Sac-to-Zero.” The city adopted an electric vehicle strategy in December 2017. One promotional line: “Getting around Sacramento has never been so EV.”

Probably the most noticeable part of the game plan is GIG Car Share, which launched in April as the nation’s largest all-electric car share fleet. The service, run by AAA Northern California, offers 260 Chevy Bolts in downtown, Midtown, East Sacramento, Land Park, Oak Park and other central city neighborhoods for $15 an hour or $85 per day. Through June 30, according to GIG, more than 40,000 people have downloaded the app and they have driven more than 275,000 miles.

One hint from the new survey: A surprising number of people are worried about getting a messy car, so maybe offer portable vacuum cleaners and wipes.

A smaller program run by Envoy put about 35 electric VW Golfs at 18 apartment complexes. Also, there’s an expanding network of ultra-fast charging stations that are open to the public.

In October, Electrify America plans to station three electric shuttles along the Franklin Boulevard corridor to replace diesel buses that now carry about 400 riders a day. And in October and November, Regional Transit and Yolo County Transportation District will each get six electric buses to start service between UC Davis and Aggie Square, the planned tech complex in Oak Park.

City Hall also wants Sacramento to become a national proving ground for self-driving vehicles, many of which could be electric.

Officials can make it as convenient as possible and come up with catchy promotions, but persuading people in car-happy California to give up their own vehicles is not going to happen overnight.

Living with climate change: The inevitable and the preventable