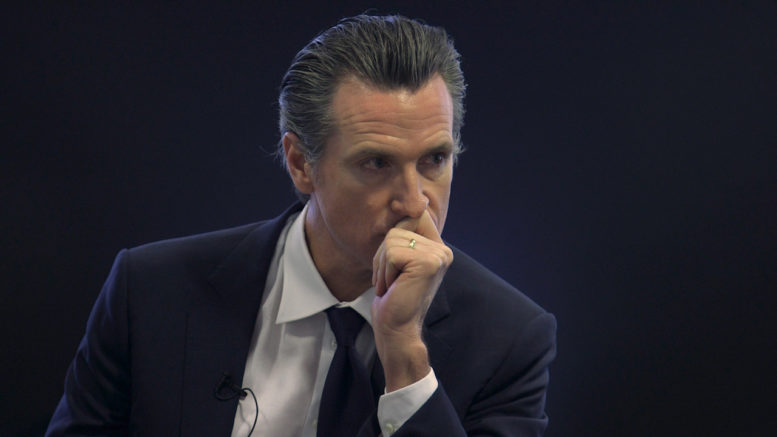 Government aid should be a given for communities facing disasters, regardless of the political persuasions of residents. So why does Gov. Gavin Newsom feel the need to emphasize that California will respond when extreme weather hits?

During a keynote address Monday to an audience that included emergency managers, Newsom said, “You don’t have to vote for the folks in the capital—you could be out protesting us. We care about you. We’re going to have your back.”

He was speaking at the inaugural California For All: Emergency Management Preparedness Summit, part of a disaster preparedness campaign that increases resources for community preparedness programs.

“There is no politics in this space,” he said.

Why would there be?

If you live in California, you don’t need to be told why the state is increasingly concerned with disasters. Wildfires in recent years have broken records for how deadly and destructive they were—thanks in part to longer periods of dry and hot conditions under climate change.

Emphasizing the lack of politics serves to highlight just how political things are.

In January, President Donald Trump threatened to cut federal aid to wildfire victims in overwhelmingly Democratic California. In May, the Los Angeles Times and Sacramento Bee reported federal agencies were withholding assistance for firefighting, alleging that the state overbilled.

That doesn’t even touch on issues of federal authorities downplaying climate change or questioning the role of humans in causing it (and thereby undermining the case that humans can rein it in). The administration has removed references to climate change from government websites, pulled out of the Paris climate accord, and made plans to curtail research into the impacts of global warming.

Is it possible to be ready for climate change’s impacts, when so many in power refuse to acknowledge their cause? Newsom is trying to straddle an uneasy gap.