It may not fly through the air like George Jetson’s car, but the new bus service on the Yolo Causeway is all electric—and a sign of what’s to come in public transportation.

The Causeway Connection runs between the UC Davis campus, Sacramento and the UC Davis Medical Center. It is operated by SacRT and the Yolo County Transportation District, known as Yolobus. Service started in April, and currently provides three trips in the morning and two trips in the evening—a schedule that will amp up as students return to campus and COVID restrictions ease, eventually operating every 20 minutes during peak hours and every hour midday.

“We are partnering to reduce vehicle miles traveled and carbon emissions, connecting downtown Sacramento with the economic engine that is UC Davis, supporting our university students by reducing transportation costs and leading the country in pioneering multi-agency cooperation to go green,” says Sacramento Mayor Darrell Steinberg.

Partners on the project include the City of Sacramento, UC Davis and Electrify America, the Volkswagen subsidiary, which purchased the 12 new zero-emission electric shuttles as part of its $44 million Green City initiative. Electrify America also paid for the installation of bus chargers at the bus yards and on both the UC Davis main campus and medical center.

The cost to ride is $2.50 or $1.25 for discount-eligible riders. UC Davis undergraduate, graduate, exchange students and employees with a valid Aggie ID card can ride the Causeway Connection for free.

Operating costs, estimated at $1.6 million a year, will be paid through a combination of fares and SacRT operating funds, as well as $3 million in grant funding and contributions from partners.

“The Sacramento Area Council of Governments is delighted to support SacRT and Yolobus in this significant boosting of transit on one of the busiest routes in our region,” says James Corless, SACOG’s executive director. “The new service will help reduce both congestion on the causeway and greenhouse gas emissions by taking many solo commuters out of their cars and onto electric buses.” 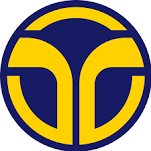