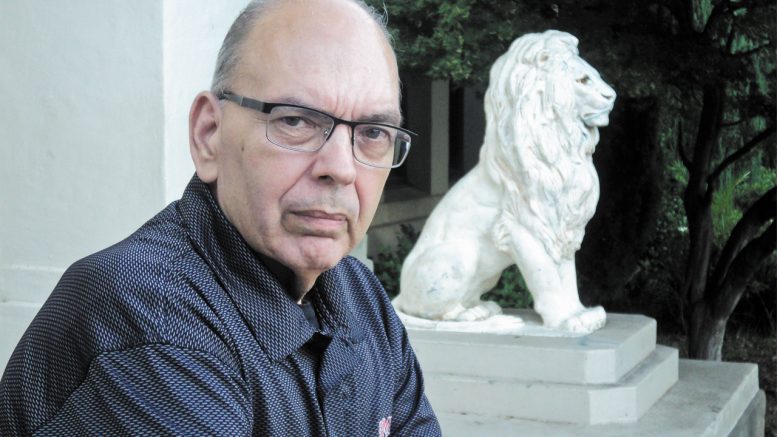 “Students want to be safe in school. So they were our best source of information about which students were carrying guns or illicit drugs on campus,” said Vince Matranga, now retired, who led Sac City Unified Police Department for 24 years. Photo by Edgar Sanch

For 20 years, some members of the Sacramento Police Department had one mission: to help provide security for the Sacramento City Unified School District in their role as school resource officers, or SROs.

But the district’s money woes and increased community opposition to police on campus led to a gradual reduction of SROs, from about 12 roughly 15 years ago to three roving SROs and a sergeant this spring.

Before SROs arrived in SCUSD in 2000, the district had its own police department, a force born amid the turbulent psychedelic era, when drug use among youth skyrocketed.

“The district started its own police department in 1968 at the urging of SPD,” said Vince Matranga, chief of the Sac City Unified Police Department from 1986 until his 2010 retirement. “The five high schools in the district were calling SPD almost daily to handle calls for service, including for outsiders selling drugs on campus. Those calls were draining SPD resources.”

The district’s police slowly faded after 2000 when the district embraced SROs to supposedly cut costs. In fact, Matranga believes SROs should remain – because, he said, they deter criminal activity on or around school campuses.

Now, however, it appears the SROs’ watch in Sac City Unified may be over, just as it soon will be in other cities like Oakland.

The $600,000 contract between the Sacramento school district and the police department expired June 30 and likely won’t be renewed. During a virtual meeting in June, district trustees approved a tentative fiscal 2020-21 school budget with zero funding for SROs.

Soon after, School Board President Jessie Ryan directed Superintendent Jorge Aguilar to craft a resolution this month to create an Alternative School Safety Task Force. It would include community groups along with district staff, parents and others.

“I’m glad … (this) resolution” is forthcoming, board member Mai Vang told her colleagues. “I hope we can continue to … dismantle a system that has hurt many of our students.”

Alma López of Brown Issues, a statewide organization that is grooming the next generation of Brown leaders, said in a later interview: “This is what we’ve been advocating for – no contracts with law enforcement.”

A board commitment to implement an alternative safety plan is also needed, said López, whose group is supported by The California Endowment.

Calls to remove school police have been made by others, including the Black Parallel School Board.

They contend SROs unfairly place youth of color in the school-to-prison pipeline, and that after defunding police, the district should hire more mental health/academic counselors and other staff.